How is Ireland welcoming refugees from Ukraine? 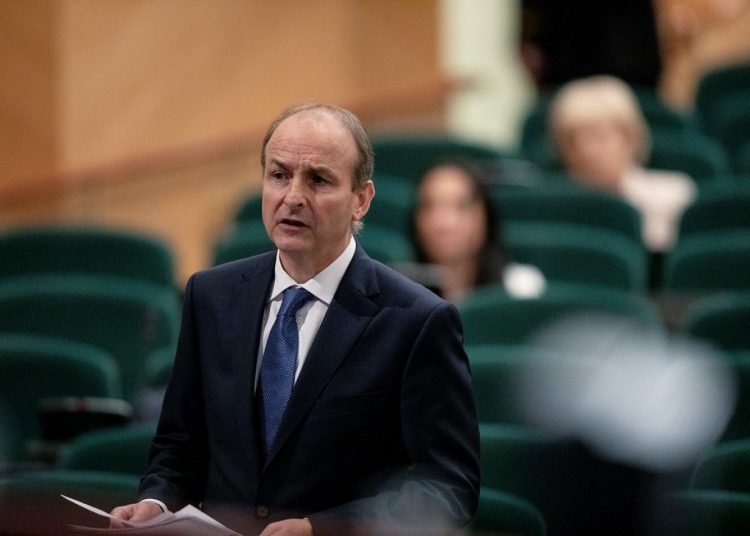 Taoiseach, Micheál Martin Photo by Houses of the Oireachtas is marked with CC BY 2.0.

Once again, it is time for a ‘compare and contrast’ article about the way the UK does things, versus the way Ireland does things. You will all know what has been going on in the UK about helping Ukrainian refugees, but you may not have heard so much about the Irish response.

Very quickly after the war began, the Irish government announced its intention to allow refugees into the country, visa-free. On BBC’s Sunday Morning on 13 March, the Taoiseach, Micheál Martin, told Sophie Raworth that despite being at the other end of Europe from the conflict, Ireland had already taken 5,500 refugees. She pressed him on the issue of ‘security checks’ on refugees – perhaps they might be criminals or Russian spies? Martin shook his head saying:

“Our primary impulse is to assist those fleeing war.”

At the time of writing, at least 16,500 Ukrainian refugees are in Ireland. There is a ‘One Stop Shop’ at Dublin Airport where refugees can be registered for PPS (National Insurance) numbers, are matched with host families, and are issued with free SIM cards for their phones. There is an area for them to relax in until they are called forward, with food and drink available, baby buggies, and toys for the children to take with them when they go. I’m told the processing takes about three hours.

Overwhelmingly, the people arriving are exhausted mothers with bewildered children, because, as we know, all the men between eighteen and sixty are expected to stay and fight. The people on our TV screens don’t look a lot like criminals or spies, but exactly who they are and what they need is being sorted out once they have got here safely, the government having made it clear that all sorts of rule-bending will be permitted in this emergency. For one thing, Ukrainians are being treated as if they are EU citizens. They have the right to healthcare and education on the same terms as EU citizens, they will have the right to work and to claim benefits. This will go on for at least a year and may be extendable to three years. Such a promise is costing the state a fortune, coming after the huge calls on the public purse caused by the pandemic, but there is a war going on, so what else can you do? The Irish people are rallying round. There have been calls out on neighbourhood websites for unwanted school uniforms to be donated, for cots and beds and kitchen equipment. One Ukrainian mother and four talented children, now in Kerry, are all musicians, and asked if anyone had unwanted violins or a child-size cello for the youngest, who is five. Hundreds of instruments were volunteered.

Early in the whole crisis, the parents of a five-year-old Ukrainian boy with cancer, who had been hoping for a bone marrow transplant, were told by his doctors in Kyiv that they could no longer treat him. He has relatives in Ireland so the family was airlifted by the Irish Defence Forces to County Cork, where he was seen by oncologists within a couple of days of arriving, so his treatment could be resumed. Reports say they had ‘one small suitcase between them’.

I’m a regular listener to a great podcast series called ‘The Irish Passport’, co-hosted by an academic historian and an Irish Times journalist. Thanks to a recent episode, I heard about a Ukrainian woman, Nadia Dobrianska, who previously spent time in Belfast as a student, where she learned Irish. She has been reporting from Kyiv for our Irish language TV station, TG4, and must be one of the world’s very few Slavic Gaeilgeoirs.

A more recent episode reveals that she and her family (elderly parents, cousin in law and small baby), along with the family cat, were forced to become refugees. They drove to the Polish border and from there arrived into Dublin and are now staying with a family in Cork. They absolutely did not have the right paperwork. Nadia’s mother travelled on an expired passport. The baby travelled with no passport at all. They were allowed to fly and to enter the country. And the cat. They let the cat in too. I’m in bits.

In a former hair salon in the centre of Dublin, one businessman has opened a shop called Palyantsya – the name of a traditional Ukrainian bread – to provide free clothing and household items for refugees. He is asking for brand new items rather than everything second hand. Donations have been rolling in.

Initially, many refugees are being placed in hotels around Dublin that have been commandeered by the government. The plan is to only house them there for a week or two before finding more permanent housing for them. People are volunteering empty properties and holiday homes – although anything too remote won’t work. Then the next best thing would be to use empty bedrooms in a family home; not ideal for either the homeowner or the refugee, but it’s the best we have. This accommodation is all being vetted by the Irish Defence Force and the Irish Red Cross. As I write this, we are waiting for our house to be assessed. My husband and I have two spare bedrooms, and we could both use the en-suite so our guests could have their own bathroom. We might also need a bigger fridge. You can imagine that we both hope for and dread the prospect of sharing with refugees. How are we going to cope with housemates at our age – traumatised people whose loved ones will probably be serving with the Ukrainian armed forces, or may be missing or dead?

I don’t have to spell out for you the difference between the arrangements here and those in the UK. You already know. But I am concerned that the huge efforts we are going to in Ireland may begin to cause some pushback. There has been a housing crisis in Ireland for many years now. It’s almost impossible for most people to buy or rent a decent property because of low availability and sky-high costs. If I remind you that a country that had 3 million inhabitants in 1960 now has 5 million, you might realise why. The traditional flow of people out of Ireland has now become a steady flow in the opposite direction. The leftist populist party, Sinn Féin, which may well form the next Irish government, has got to the top of the opinion polls by promising it would do something about the housing deficit. But only now does it seem that the government is really putting its back into it; evaluating the number of derelict houses that could be renovated, thinking about co-opting the empty houses of people in nursing homes, trying to encourage developers to build more ‘affordable’ housing. I haven’t yet heard anybody complain that if Ireland can make these huge efforts for Ukrainian people, why haven’t they already done it for their own? It will only be a matter of time.

Meanwhile I can report that Ireland is upholding its reputation for generosity and compassion, rather than treating refugees with suspicion and contempt. It’s what I have come to expect from this country. 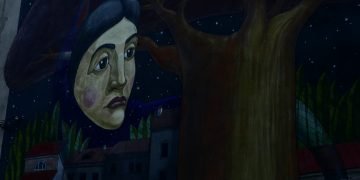 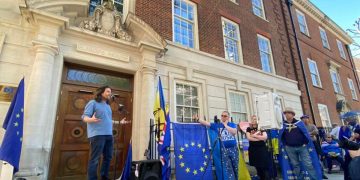 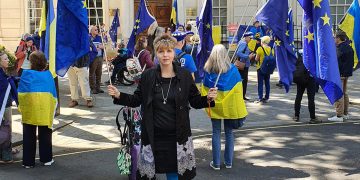 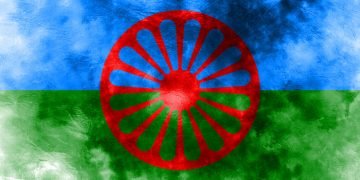