How are you going to vote? Would you like to have your say? 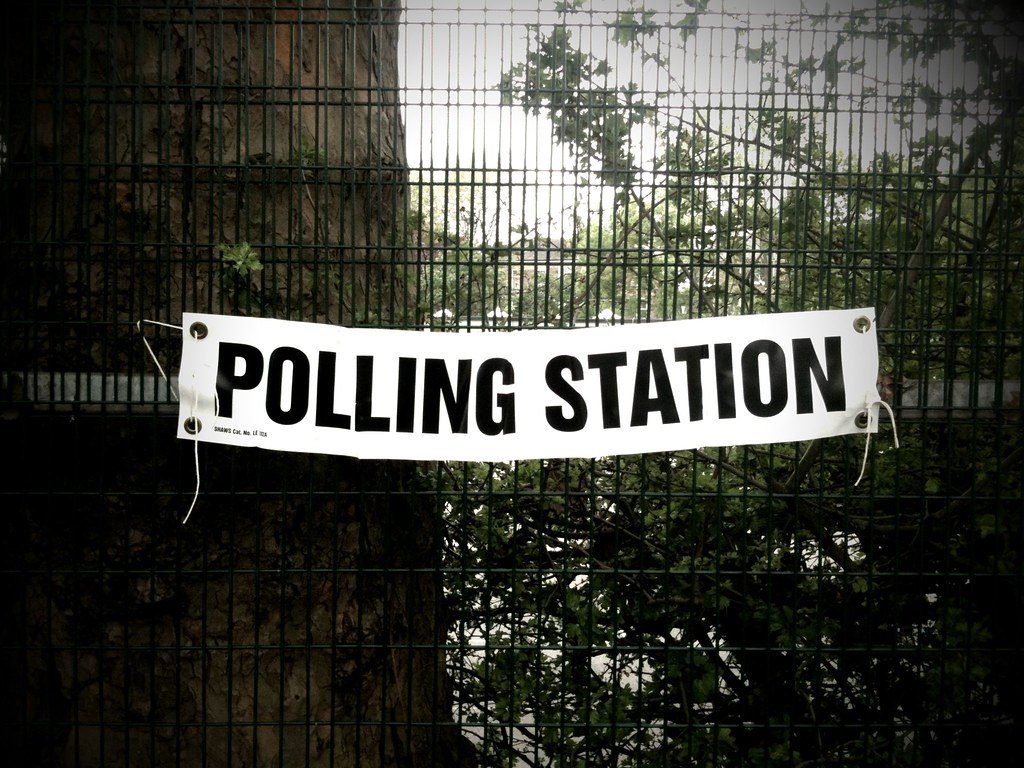 "Polling Station" by STML is marked with CC BY-NC-ND 2.0.

Views from some of our readers…

A selection of thoughts, views and plans from some of our North East Bylines readers.

“Who’d want to run a city? Especially in these austerity-ridden, Covid-affected days? Certainly not me, but plenty of folks do.”

Newcastle has been run by Labour for years, coping with massively-reduced Government grant aid, and increased statutory responsibilities. Not an easy job by any means, but they are failing. They’ve declared we’re in a climate emergency, yet progress towards a sustainable, safe, environmentally sound future is glacial in speed, if at all. Any tentative moves to reduce air pollution, increase active transport is opposed by the car lobby and the council backs down. Virtually all the remaining green-belt land is now built on, yet all the new estates are designed around cars, cheap energy, and little thought for the future. The Lib-Dems opposed most of the anti-car measures Labour has proposed in the last couple of years, presumably for electoral advantage, yet in their hearts those councillors know we need some big changes, to deal with the huge challenges we face.

Newcastle is one of the few English cities without an elected Green councillor, and this year we are fielding a candidate in each ward for the first time in the hope of changing that! Every resident can now express their opinions & concerns regarding the environment, transport, air quality, housing, education and vote for a positive difference the Green candidates offer – local, inclusive, sustainable, and, above all, hopeful. We CAN live in cleaner, greener, more healthy ways, more neighbourly, in community, supporting the needy and offering a future of hope in this city for ourselves, and our children. I’m voting Green!” Phil

For two weeks we have had a poster in a front of house window: ‘I’m voting Labour’ it says.  I’ve met the Labour candidate who is standing in tomorrow’s election for a seat on Northumberland County Council and I like her.  She is a community-minded person; a Parish Councillor (I have a very high opinion of our Parish Council), and leads the Girl Guide group in our village. She is sharing her time and her talents.

Sociare, is the Latin verb to share. It is the root of the word Socialism; the set of ideals and beliefs which guide the Labour Party in its policy and decision-making. The moral aspirations of Socialism, and a belief that we can share our talents and resources to create the State as an institution of moral and ethical stature is at base the reason why I am voting Labour tomorrow. Though it helps that I like the candidate.  I don’t know the Labour candidate for Police and Crime Commissioner, but I trust that she too will uphold the ideals of Socialism if she wins.

I want to know that a person to whom I give my vote will be guided by ideology, a set of moral guidelines to action.  Those who denounce ideology seem to me to be shape-shifters whose guide to action is either self-interest or pragmatism.  That is not good enough for me.

In a general election I would love to be able to vote for one of the courageous 47 Labour MPs who voted against triggering Article 50 in 2017. In particular I admire Catherine McKinnell, the only one of North East Members of Parliament to do so.

But should a truly and entirely pro-European Union political party arise in England, one that embraced Socialist ideals and understood that we can do better politics in the Country, then I would vote for their candidate.  I do not want my vote to be taken for granted. Robina

“I have decided to vote communist in my local council election. The Labour Party no longer represents the interest of the working classes and are becoming increasingly more establishment with the ousting of Corbyn and the instatement of Starmer as party leader. I believe a socialist future is possible in Britain, with the communist party. I recognise the CPB’s commitment to socialism and their historical and current-day achievements.” Eltje

“Firstly, I have a declaration to make: I’m a Labour man. Party member and have been for years. So it’ll come as no surprise to find who I’m voting for (or rather, voted for, being an unusually forward planning postal bod this time round).

So why vote Labour? It’s a valid question. Party member or not, I know we are neither perfect, nor do we have the answers to everything. And it breaks my heart to see how riven we have been in recent times. But like it or not, in the face of the most dangerous, extreme right wing government in recent memory, if you want change – and I most sincerely don’t want to suffer one more day of this band of chancers – then Labour is the ONLY alternative.

I have many friends on the left, who have broken away from the party. I understand their position and can see why. But right now, what I’m seeing is quite simple. If you want better politics, better leadership and a return to honesty and reason, it has to start here and now. If the Tories are to be beaten in these elections – and they can be – the only way to do it is by voting for the only real alternative. The Labour Party.” Harry

Would you like to have your say? We plan to publish some of your thoughts in the next couple of days. Please write to us at editor@northeastbylines.co.uk

No north-south divide in Jesmond, Newcastle

No north-south divide in Jesmond, Newcastle