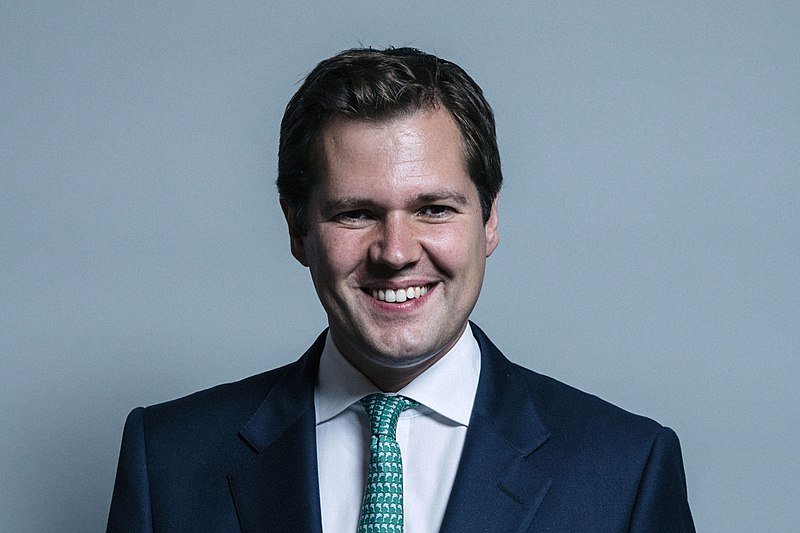 "File: Official portrait of Robert Jenrick crop 2.jpg" by Chris McAndrew is marked with CC BY 3.0.

There’s a saying: ‘there is no smoke without fire’.  Housing, Communities and Local Government Minister Robert Jenrick (MP for Newark) tried desperately to douse the flames of his self-ignited fire in an 11 October 2020 interview with Andrew Marr on BBC television . He was forced to admit that a grant of £25 million (from the Towns Fund) for his constituency town of Newark was secured with his help because he had actually lobbied his own department to distribute this same grant. What this minister has done is incredible, his defence of this action was: “it’s perfectly normal”.

During the same feisty interview Jenrick’s defence was that it was a junior minister in his Department, Jake Berry (MP for Rossendale and Darwen), who had actually approved the £25 million grant for Newark, which features as 270th on the list of the UK’s most deprived areas.  Jenrick had approved a similar grant for Berry’s constituency town of Darwen. Is this also “perfectly normal”? Nice and cosy for the two of them, one hopes they had a cup of tea and a biscuit while making these decisions. Both grants are worthy of further scrutiny.

The ‘Towns Fund’ prospectus was published in November 2019, shortly before the General Election in December.  The allocated £3.6 billion was to be shared between ‘left-behind’ areas, and under the scheme selected towns would be able to bid for up to £25 million (or £50 million in an exceptional case) of aid. Prior to publication civil servants drew up a list of the neediest areas of England for consideration by ministers, 40 of which were considered as of high priority.  These 40 were accepted for inclusion by Ministers in the Department, but the remainder were chosen at ministers’ sole discretion.  49 towns were chosen from the medium-priority list, and 12 from the low-priority list. The National Audit Office (NAO) released a report into the Town Deals selection process in July this year, it contains the lists of high, medium, and low priority towns considered and ministers rationale for selection.

Critics pointed out that relatively prosperous towns such as Glastonbury (low-priority listing) were chosen for inclusion in the Towns Fund publication, but relatively poor towns such as Tynemouth (medium priority listing) were not. For medium-priority towns in the North East like Tynemouth, Sunderland, Seaham and many others, the chance of access to the Towns Fund has not just diminished, it has gone. They have been erased by a centralist, elitist government which focusses solely on the rich and powerful.

An analysis by the Times showed that of those chosen by ministers from the medium and low-priority lists for inclusion, all but one were either Conservative held seats, or considered as a possible gain by the Tories at the next election.  Is this not blatant cronyism? The exception on the list was Bedford, a marginal seat gained by Labour from the Tories at the 2017 election, and held by them in 2019 with a majority of 145.

It is is not the first time Mr Jenrick has featured in the news this year. He managed to save a Tory donor £45 million in planning fees by expediting planning permission for a property scheme in Tower Hamlets, London’s poorest borough, an area of high unemployment and huge deprivation. Two weeks after that, the property developer in question, Richard Desmond donated £12,000 to the Conservative Party. Tower Hamlets Council uses its income to help its poorer communities; perhaps transforming the lives of many and lifting them out of poverty.

More recently, accusations have been made that the Conservative government has spared Tory voting areas from Covid-19 lockdowns.  It has been widely reported that some Conservative held constituencies have escaped restrictions, despite having higher Covid-19 infection rates per head of population than Labour seats.

So, have we politically inspired decisions on levelling-up grants to towns, on planning permissions, and on lockdown areas? It is a very clear pattern of cronyism, self-entitlement, and behaviour by this Tory government which appears to prioritise help for wealthier communities. Just how low will they go?

Boris needs to do his homework!

Boris needs to do his homework!