Protestors were from right across the political spectrum. They also said it doesn’t matter how you voted in 2016, as the event is about the kind of Brexit introduced by the government. 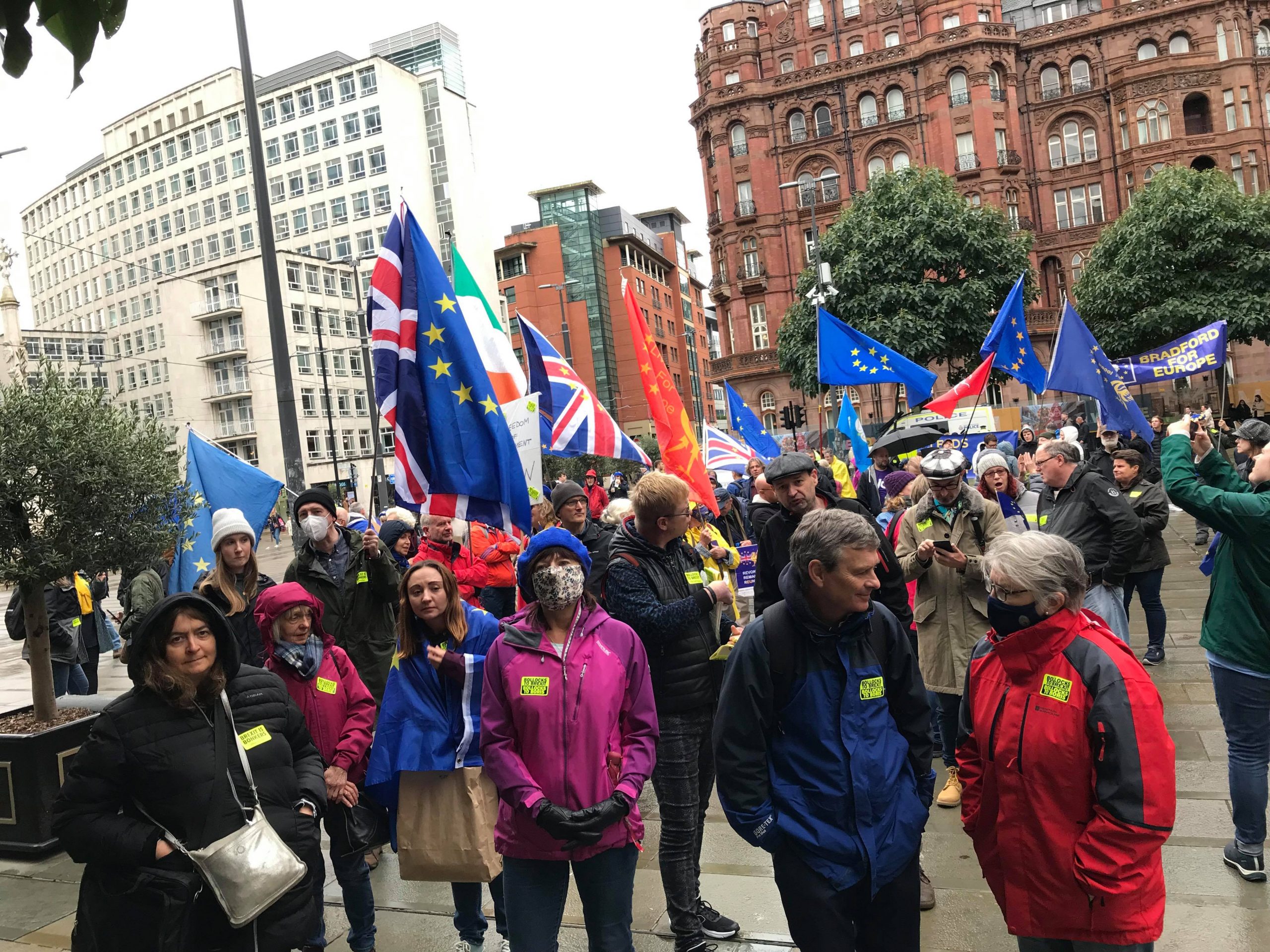 Hundreds of people have gathered in Manchester, where the Conservative Party Conference is taking place, to say that Brexit isn’t working. This is all in the context of food and fuel shortages and the HGV crisis.

People have travelled from Leeds, Lancaster, the North East and Manchester itself to make their voices heard.

There is rising popular demand for action to tackle the growing national crisis and set a new direction.

As the protestors greeted party delegates, they affirmed our national democratic rights, threatened by Priti Patel’s current Bill, in this political protest.

A spokesperson from the group said:

“The Tories’ ruinous Brexit deal is trashing the country. Peace in Northern Ireland is threatened, there are shortages in the shops and crops rotting in the fields. Small businesses are being crushed by Brexit red tape, whole industries are threatened, some are trashed. It’s time to say loud and clear, Brexit is not working.”

The group is keen for a vastly improved deal with the European Union, where free movement of workers is re-instated. They are calling for a return to the Single Market and Customs Union.

They also want an end to the hostile environment and for guarantees on rights for EU citizens in the UK. In addition, they are very concerned about the upcoming Policing Bill with its threats to peaceful protest.

The speakers at the event included

Louise Brown, from North East for Europe, focused on the concerns about the replacement of EU funding in the region in the context of the government’s so-called ‘levelling up’ agenda. There are real worries for many important projects in the area, about how and indeed whether the government will replace this much-needed funding now that Brexit has happened. Of particular concern is that any ‘new funding’ may be restricted to capital building projects, without taking account of the need for skills training and education.

Protestors were from right across the political spectrum. They also said it doesn’t matter how you voted in 2016, as the event is about the kind of Brexit introduced by the government.