Hexhamtv has a growing audience 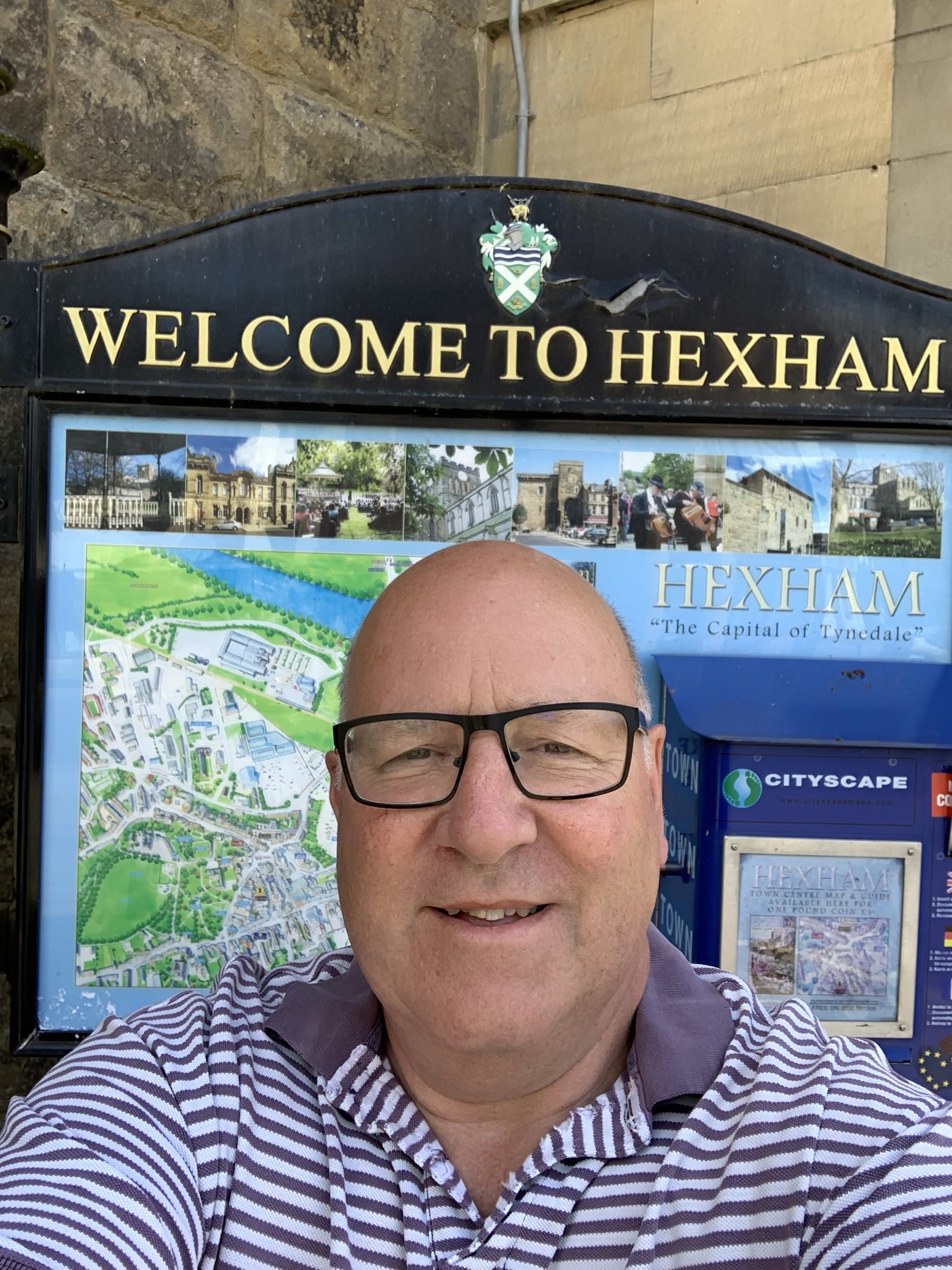 Hexhamtv is an online hyper local news and information channel based in Hexham, Northumberland. It features news, information and interviews that are of interest to people living, working and visiting the Hexham Parliamentary constituency, but also in wider Northumberland and the North East. You can find Hexhamtv if you search for it on Facebook, Twitter and Instagram.

I started Hexhamtv after working for over 30 years in the public and non-profit sectors. I was of the opinion that many local stories were going unreported in traditional media channels. I decided that by using digital media like video and social media posts these stories could be told in a new and engaging way.

For instance, local decisions made by locally elected representatives were often subjects of little scrutiny, but had big implications for local people. I decided to film the local Town Council meetings, something that had never been done before, so local people could see the people they elected and how they represented them. Previously many people couldn’t name their local councillor or say whether they thought that they were doing a good job. Now they get to see which councillor speaks up on what subjects and just as importantly who doesn’t speak up when a particular subject arises. At the General Election I filmed the Election Hustings so local people could get to know each candidate and what they stood for before they voted. This was very well received.

Over the three and a half years Hexhamtv has been running as a channel for local media I have reported amongst many other things on the local food bank, local mental health provision, local domestic violence services, local social enterprises and charities such as Tynedale Hospice at Home and Core Music. I have covered protests about the proposed closure of local schools, Hexham Against Racism, issues surrounding the provision of local health services both working independently and with Health Watch Northumberland, better local safe cycling provision and of course the impact of Covid19.

Working with Dry Water Arts, a social enterprise based in Amble, Northumberland I also made a film about the impact and isolation of being a carer for a partner of someone who has Dementia and how those carers felt that they lacked the support they needed leading to dramatic negative outcomes on the quality of their own lives and that of their families. The film was shown to health professionals and to the lead Councillor for Northumberland County Council for Adult Social Care at a special showing at our local community cinema. Better communication and support was subsequently given to this group following the showing of this film.

I have also sought to support local businesses by interviewing local entrepreneurs starting and running local businesses. Local people can often be unaware of the existence or scope of products that businesses offer. I encourage people to shop locally which helps our local businesses to thrive even in these difficult times.

I have filmed local artists, authors, events and performers including local arts exhibitions by sixth form pupils, giving them the opportunity to talk about their work and what inspires them to be creative.

In 2018 I was selected as one of only 18 artists from the North of England (the N18 Group) to create a digital artwork that reflected on The Great Exhibition of the North. I decided to make use of augmented reality, where information is layered on top of what you see in the real world and is triggered when you scan a QR code with your phone.

Working with another member of the group, a painter, I produced an educational information board at Tyne Green, Hexham telling people about the lifecycle of the salmon that migrate up the River Tyne every year and can be seen jumping spectacularly up the Hexham Weir. In addition to providing educational information about the salmon’s lifecycle and the importance of keeping the River Tyne clean and well stocked, the public were able to scan another QR code with their mobile phones and see a salmon in augmented reality before their eyes.

The second part of my project for the Great Exhibition was to show how QR codes could be used in the community to provide people with information that they needed, when they most needed it. For instance, statistics show that young men are one of the highest at risk groups when it comes to suicide. Much of the information on how to get help is contained in leaflets in the local GP surgery or library, places where they are unlikely to be sought out by those young people needing help. I placed a QR code on the local skateboard park where young people go with their friends. When scanned with a mobile phone, users were taken to the Samaritans web site where they could get help. This is an example of using technology to give local people the information that they need when and where they need it. Other examples included local tourism, healthy eating and active lifestyles.

I continue to deliver information of interest on Hexhamtv and my audience is growing. I have have gained local people’s trust people so that now people come to me and ask to be featured on Hexhamtv. I am always open to their ideas. I always try to be fair, supportive and open in my reporting. All the filming and editing is done on my phone. My technical skills have grown massively over the last three and a half years. Most of my stories are very well received and shared widely amongst the community.

During Covid19 I have carried out most interviews using Zoom software rather than in person for safety reasons. Zoom interviews have worked well, but I miss the personal contact and meeting the interviewee in their own environment as I believe that this adds useful context and atmosphere to my films. Covid19 is a massive blow to our community. We have found out how much we rely on the commitment and professionalism of our NHS, Social Care, local retail staff, teachers, pharmacists, council workers, delivery drivers and community groups. They are often those who we pay the least. I hope that changes in the future. Local businesses have struggled with the impact of Covid19 and I have sought to support them all where I can.

More recently I have sought to live stream events on Hexhamtv. This year the very successful Tynedale Beer Festival was unable to take place due to Covid19 but they produced an online event, which I live streamed onto Hexhamtv. I shall be doing the same shortly with some events from the Corbridge Chamber Music Festival. I want to continue to grow both free and pay per view events and talks on Hexhamtv. Author talks have also been very popular when I have filmed them previously and I want to grow the number of these talks in the future.

As many of us continue to work at home due to Covid19, we reduce our use of public transport and many events, performances and exhibitions are cancelled. I have recently developed the use of an online virtual event space where these events can be held, people can attend from their own homes or workplaces without the need to travel, can keep their social distance and reduce carbon emissions. I am now seeking to work with event organisers, universities, performers, schools and teachers to make use of this form of virtual reality event platform in the future. It’s all ready to go so the future is very exciting.

Developing Hexhamtv has been a great journey. I have met many great people and it’s been a privilege to talk to them about their passion, their work and their experience. I believe that I have changed the way that local news is reported, promoted the local area and highlighted many issues of local concern. I have given many people a voice and a means to get their message out to the wider community. I have learnt a lot about filming and social media and what works. It’s a journey I plan to continue.

After working for 30 years in the public sector, community sector and for social enterprises Hexham based Peter Woods decided to set up Hexhamtv an online hyper local news channel based in Hexham, Northumberland. Hexhamtv carries news, interviews and events and can be found on Facebook, Twitter and Instagram. Peter is a graduate of the Common Purpose programme, has been awarded a Winston Churchill Travelling Fellowship and undertook a Digital City Fellowship at Teesside University. As well as setting up Hexhamtv Peter is also exploring how both augmented reality and virtual reality can be used in public places, for labelling products and for events.