Ann Schofield discusses the importance of the contributions that Ida B. Wells-Barnett made whilst fighting for African American Civil Rights. 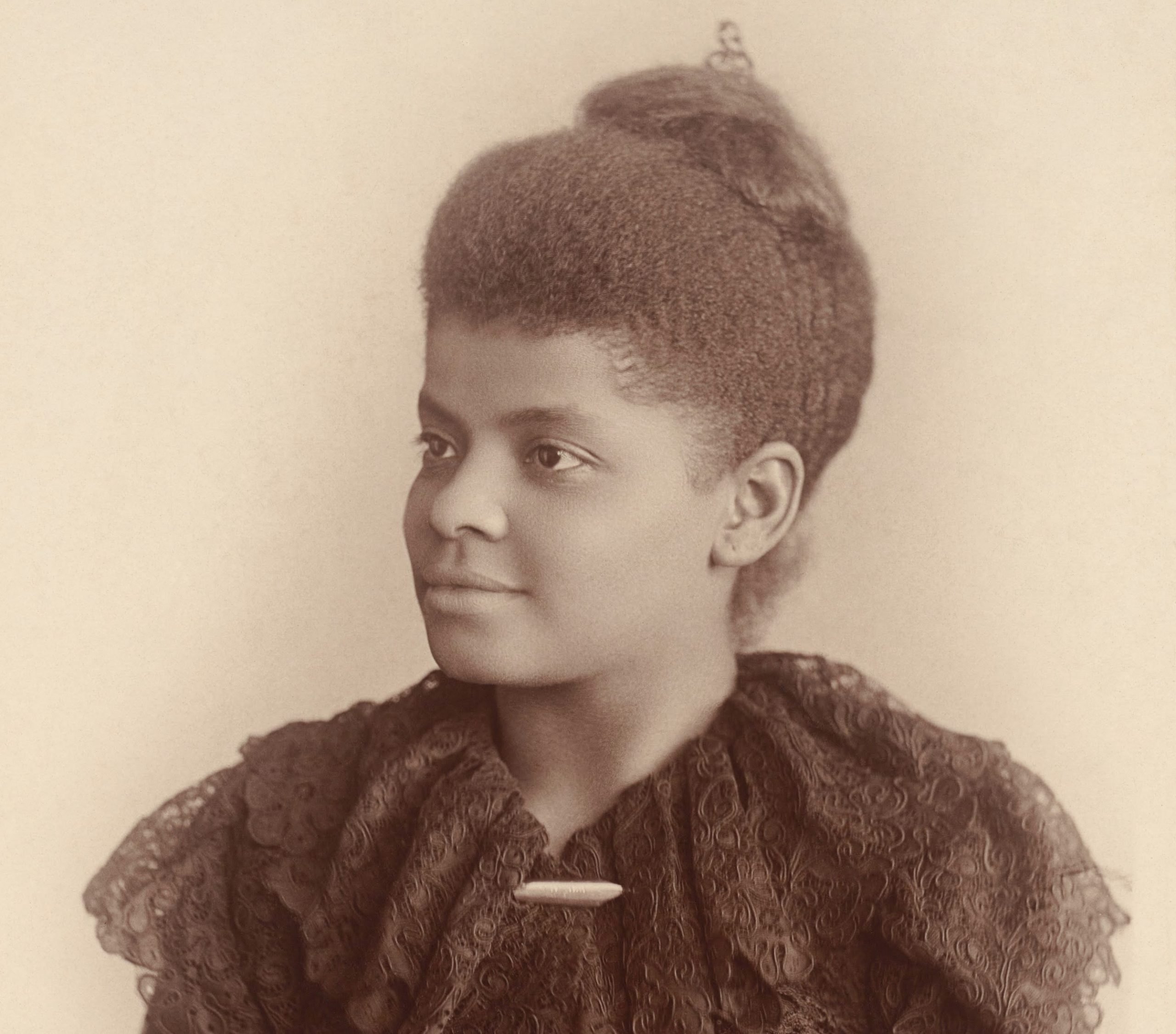 Tyneside’s long and proud history of radical politics has done much to shape the political identity and culture of the region. Since the late 17th century it has included a complex and rich tradition of protest and activism against all forms of oppression often embedded in international movements for liberty, equality, and human rights.

During some of the most tumultuous periods of world history, revolutionary leaders have been enthusiastically welcomed and their cause supported in many ways. For example, when Frederick Douglass, then an African American fugitive slave visited Newcastle in 1846 to advance the cause of anti-slavery, Ellen, Henry, and Anna Richardson, all prominent in the British anti-slavery movement, initiated the purchase of his freedom.

Strangely, little is known locally of the visit to Newcastle in 1894 of Ida B. Wells-Barnett, the African American civil rights activist, suffragist, and investigative journalist. Like Douglass, she was an influential leader, visionary, and intellectual of the 19th century Black American Civil Rights movement.

Often known as Joan of Arc for her heroic and often singlehanded crusade against the evils of lynching, Wells-Barnett publicly credited her British Tour, including her visit to Newcastle for turning her crusade into an international movement that changed the course of history.

Wells-Barnett had been angered by the widespread lynching that was commonplace in the American South. She was galvanised into blistering journalist attacks on the Southern injustices and the failure of the law and officials to protect them against the terror of lynching, however, by the atrocity in 1892 in Memphis. On this occasion a white lynch mob forcibly dragged away a respected black store owner and two others, who were all her friends, and brutally murdered them. No-one was arrested for the crime.

For this, as she painfully wrote in her autobiography, Crusade for Justice, she was forced into exile to Chicago by graphic death threats by lynching and the destruction of the office of her newspaper, The Free Press. Once there, although aware of the risks, she conscientiously continued her anti-lynching crusade through careful investigations counting and giving a detailed account into each lynching in her articles and books. At the same time, she exposed the brutal racism of the ‘Jim Crow’ laws and practices in the American South.

On her visit to Newcastle two years later, as in other places, Wells-Barnett used every platform available to galvanize the British press, prominent abolitionists of slavery, politicians, and religious leaders to shed light on the horrors of lynching, and the injustices of racial segregation in America. Her audiences were often incredulous as she spelt out the suffering of the victims and challenged what she saw as misrepresentations of the causes of lynching and the justifications given for it.

Using to great effect, documented evidence she had gathered as a journalist, however, she inspired most people to action against it. Pamphlets were sold, petitions signed, and motions passed, all condemning this heinous crime. Much of what she said on the visit was published in both the British and the American press.

Ida B. Wells-Barnett’s sense of duty, fearlessness, and determination to tell the truth on the lynching of Afro Americans and the racism they suffered, whatever the personal cost was obvious during the visit to Newcastle.

This was rooted in her early life experience and continued throughout her life of political activism till her death in 1931. She was born into slavery in 1862 in Holly Springs, Mississippi just before the 1863 Emancipation of slaves Proclamation ending slavery was signed by Abraham Lincoln. One of eight children, she was orphaned by the yellow fever epidemic that swept through Holly Springs in 1878, killing her parents and youngest brother. She immediately took charge of her six younger siblings to keep them together and supported them by teaching while continuing her education in the surrounding areas.

Her fortitude became emblematic for her later passionate campaigns for justice when she would take on any obstacle that she saw preventing her from telling the truth freely. This, however, thrust her continually into a maelstrom of controversy on racial segregation and women’s rights when women did not have the vote.

Few activists were more outspoken in the 19th century on the inequities of racial segregation under the ‘Jim Crow’ laws and practices in the American South. She was fired from her teaching job for criticising the racism of the white board running the school, and moved to Memphis to live with her aunt. Once there she became a full-time journalist and began a writing career under the pseudonym ‘Iola’ condemning violence against African Americans, their disfranchisement, poor schools, and the need for them to fight for their rights.

She was also fearless in acting against it. One of her first fights (literally) for racial and gender justice occurred in 1884 at the age of 20, when she struggled with and bit the hand of the train guard who tried to forcibly remove her from her seat for a white person. She was brutally dragged off the train by a group of white men and famously sued the railroad company for this in a case that she won but lost on the Company’s appeal to the Supreme Court.

This was seventy years before Rosa Parks was arrested for her courageous act of similar resistance in Montgomery, Alabama that is generally seen to have initiated the modern-day civil rights movement in America.

Frederick Douglass, among others prominent in the civil rights movement, recognised Wells as a fearless crusader for justice. “Brave Woman”, he wrote, “you have done your people and mine a service that can neither be weighed not measured.”

Her ideas on women’s political rights and right to be what they wanted to be that had been shaped in her early personal life also led her into controversy. While she married Ferdinand Lee Barnett, owner of the Conservator, the first black newspaper in Chicago in 1895, took his name, and had three children with him, she continued to work independently as an investigative journalist and leading rights activist and was one of the first black women to run for public office.

She worked with both white and African American women to secure female political suffrage and was on the famous Washington march for universal suffrage in 1913. She, however, directly challenged white women leaders in the North for excluding black women from the suffrage movement and their indifference to lynching and racial segregation in the South.

Wells-Barnett made huge contributions to history, and should be celebrated

The importance of Ida B. Wells-Barnett’s visit to Newcastle is of more than historical interest. She made a major contribution to the continuing African American intellectual tradition of civil rights. She is also an inspiration within the current #BlackLivesMatter (BLM) movement, and to women worldwide campaigning now against slavery, trafficking, rape, and sexual violence against women.

Frederick Douglass’s visit to Newcastle and his enduring legacy have been justly celebrated by the naming of a Newcastle University Centre after him, and a commemorative blue plaque on the Richardson house in which he stayed during his visit to mark the city’s proud connection with him. The belief of Wells and Douglass in the importance of the visit to Tyneside in the 19C, which has been shared by other revolutionary leaders, such as Martin Luther King, in recent times, is a lasting tribute to the region as a centre of radical activism and support for the big struggles of the time.

It is now time for Ida B. Wells-Barnett to be given her rightful place of honour in its local history.