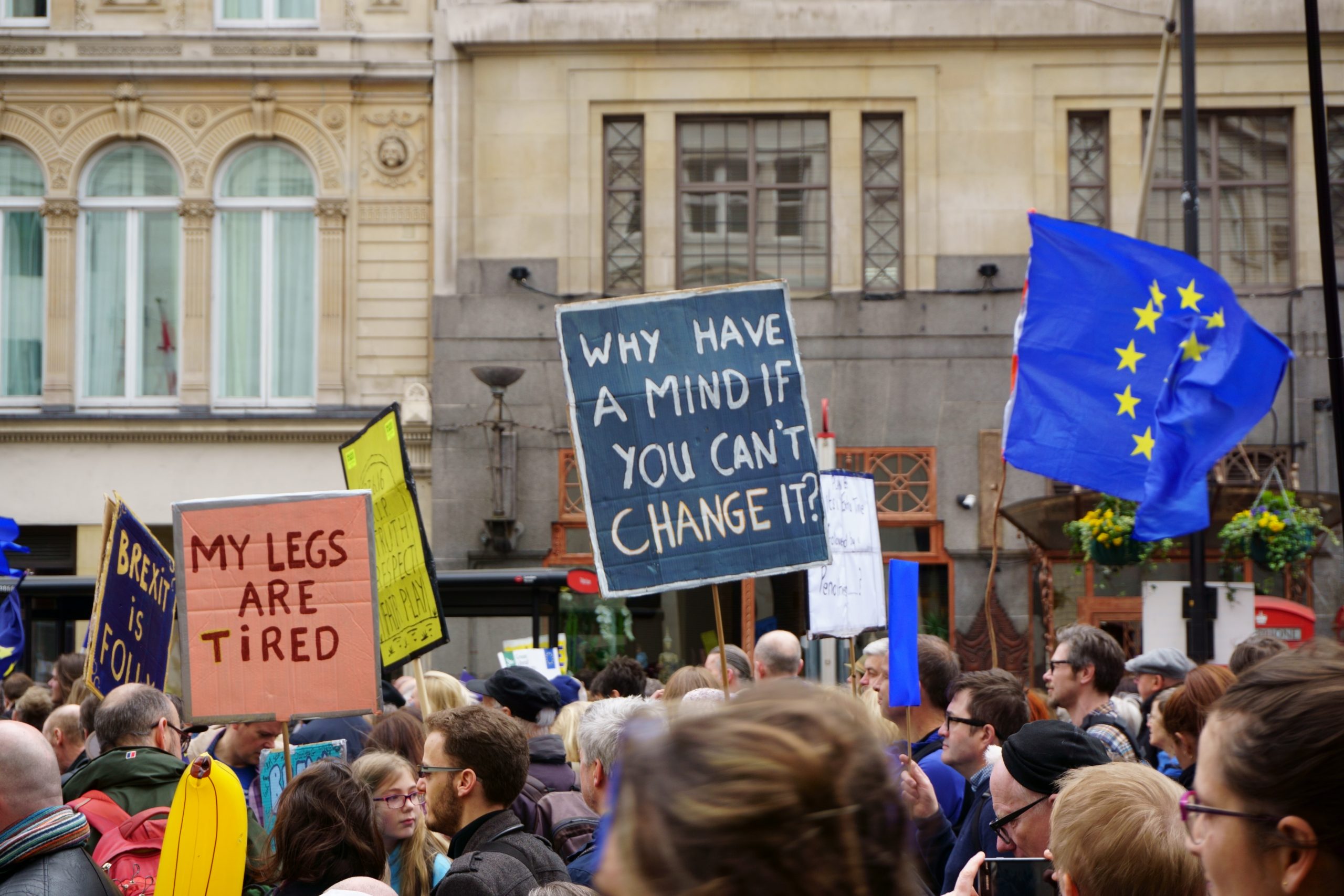 Photo by Sandro Cenni on Unsplash

It is wrong and misleading to suggest, as some are doing, that there is now no other position for progressive parties and activists. Either we launch an immediate, all-out campaign to rejoin or we follow Rachel Reeves’s crude new party line of: “We won’t be back in the EU”.

People who don’t accept that these are the only choices find themselves being chided for denying reality and patronised for yielding to their emotions.

But if we think it’s best to rejoin, the argument won’t be won by self-censorship and defeatist silence. History will not suddenly hand a surprise victory to those who choose to timidly hide their convictions in hope of a time when everyone will agree with them.

It feels as though Cummings’ media trolls have successfully bullied and terrorised pro-EU politicians – Keir Starmer, Ed Davey, Rachel Reeves and Seb Dance among them – into silencing themselves and their followers, persuading themselves that they can no longer afford the cost of speaking the truth.

It can be argued that Remain lost in 2016 because it never made its case. Some of the players who lost that battle have moved on, but too little seems to have been learned by others from that mistake, while around us politics spirals downwards.

So what are the alternatives?

So what are the alternatives? In my view, the Labour Party should now say something like this:

At the last election, we offered the people a democratic resolution to the Brexit issue which we believed would best serve our common interest: a right to say yes or no to an actual negotiated deal. Having finally been given the chance to know what this deal would actually amount to, this would have been the best possible outcome. We accept that we lost the election, but there is nothing to apologise for in what we offered.

Now reality has moved on, Brexit has happened and we have left the EU, but the people still don’t know what the deal is, or even whether there will be a deal. Our government made many promises last December about a deal it had supposedly already secured. We are going to see whether it delivers on those promises. We will press the government to deliver, if it can. If it fails to, and produces an outcome which harms our national interest, we will do our job as an opposition and we will call them out.

This is going to be a time of great danger. Brexit has already hurt people and made us poorer. We must all work together to mitigate these harms and the harms to come, and avert those harms we can, and then steer the best path we can from here on. The disturbing recklessness of the government’s conduct, its mishandling of Brexit and its mishandling of Covid-19, have shaken the public’s faith: faith in their will and capacity to govern in the common interest of all the people, rather than the offshore interest of a predatory few. Sadly, one of the greatest risk factors we now face is our own government. The need for vigilant opposition, a watchful media and political society, has never been greater.

The need for vigilant opposition has never been greater

The visions of a prosperous new future which Brexiters sold the people in 2016 have evaporated. Now instead they claim that they always warned us it could go badly! Apparently there was some small print on that bus which we didn’t read? We are told we have a great chance to show the world our national resilience and fortitude, while venting our ill humour by deporting some foreigners. Meanwhile the world looks on, watching our posturing in bemusement and dismay.

We have left the EU, but have we left it for good? Must we all – as Rachel Reeves seems to imply – bind ourselves to a Brexit future for a generation? This is not the current issue. We first have to sort out the most urgent consequences of the decision we have taken, stabilise our situation and take stock. Opposition parties have their part to play in all of this.

Let’s be clear that there is no clear route or strategy mapped out, telling us we go from here (apart from one unelected wonk’s adolescent scheme to bet trillions of national wealth on a state-funded Google or Amazon). In the first instance there will have to be a bunch of further, protracted trade negotiations, and we will find out over time whether our new status outside Europe has made us more prosperous and free, or less.

Telling us that we have only two choices – campaign immediately to Rejoin, or accept Brexit is for ever – is a false dichotomy. It is a denial of the facts and our freedom. We are a free, independent state – and we always have been. We are free, within the limits of reality, to choose our future. And as David Davis once said, democracy means we have the right the change our mind. Brexiters do not own the definition of patriotism, and they do not own the right to curtail our freedom, much as it appears they may want to.

“If a democracy cannot change its mind, it ceases to be a democracy.”

It would be negligent and cowardly if we did not keep the option of Rejoin always open for consideration, and seriously re-examine it as soon as the post-Brexit situation is stable enough to evaluate.

If the emerging evidence is that rejoining the EU, or some form of close alignment and partnership with the EU, turns out to be our best option, then we have a sovereign right to make that choice, and no one can tie the people’s hands about when they can make that choice. And those who favour rejoining are entitled to argue for it, now or later, whenever they like, with more or less force and urgency depending how the facts turn out.

People who tell us we must learn from Leave draw attention to their long-term patience and persistence. Leavers started their serious campaign of disinformation back in the early 90s, and they have never stopped. So… let’s suppose you think our first chance to rejoin might come in the 2040s… On that basis, pro-Europeans should start a new, more effective campaign of public persuasion through information without delay: now. We have other things we need to do. We have work to do on ourselves, we have a huge challenge ahead if we are to save and reform our democracy. But this would be a good thing to get started with sooner rather than later.

The future may take a long time, but it starts now.

Back to the Fifties: is Covid-19 turning the clock back on gender equality in the home and workplace?