Peter Howarth explains why he reluctantly respects Dominic Cummings - not because of what he did, but the way he did it. 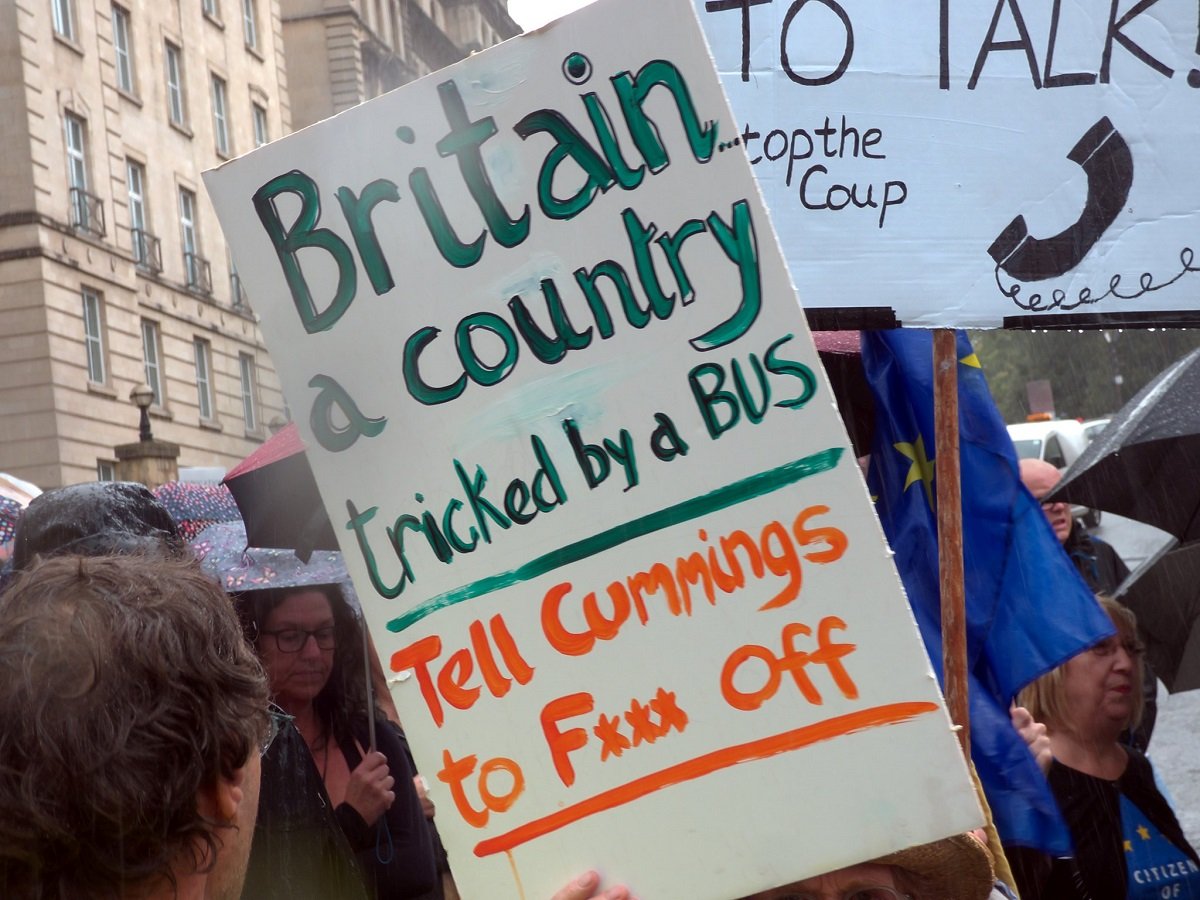 I’m turning into a grumpy old man. That, however, does not explain a worrying epiphany I had recently, which was the realisation that I have a grudging respect for Dominic Cummings. Not for what he’s done, but for the way he did it. Maybe that’s not quite accurate, because what I actually admire is the way he was able to see how to achieve his aims when other politicians were so blinkered.

What Mr. Cummings was able to see was the weakness in the relationship between public opinion and fact. Take Boris’ bus as an example. An eye-catching slogan, boiling down all of the intricacies of the changes that Brexit would bring about to a simple matter of saying that Brexit would benefit the NHS – which is a matter that the whole country could support. The fact that there was no actual basis for the claim made is now a mere footnote in history – it worked.

An even better example of his understanding of how to judge public opinion was seen at the last election. After years of a Conservative government, and months of wrangling in Parliament about Brexit, the Conservative party was ripe for a trouncing.

However, the Labour party was promising to renegotiate the Brexit terms, seemingly oblivious to the fact that the majority of the voting population were roundly fed up with politicians arguing over Brexit. By addressing this with the simple promise – repeated ad nauseum – to “Get Brexit done” millions of voters were recruited and the Conservatives remained in government.

So what has this to do with my own grumpiness? The link is that we are currently in another major situation for the country, as we were with Brexit and with the election. There can be no doubt that the covid rules, regulations and laws introduced by the government were ignored by the very people who made them, and there are now so many examples it is easy to lose track of them.

In itself that’s not what makes me grumpy, rather it’s the way that some people will swallow blatant lies and misdirection when the government are being called to task. When interviewed about examples of the law being flouted, Conservative politicians consistently ignore the question asked and talk up the government’s “achievements”, such as the country’s response to covid. (The fact that it is the scientists who developed the vaccines, and not the politicians, is neither here nor there). Performance in other areas has nothing to do with the issue of trust and integrity in the government, so how is it that so many people, when interviewed about the situation, parrot this view?

Worse still are the people who go further and criticise the press for continuing to write about the law-breaking, and blame the media for the length of time that the investigations have been ongoing. It’s as if it were the press who were saying ’wait for Sue Gray’s report’ and not politicians who are trying to excuse the indefensible.

There is a clear parallel here with public opinion during the period leading up to the last election. Then, many people were fed up with the length of time the negotiations were taking, leading to an attitude of ‘just get on with it’, and I see the same happening now. The longer the government can drag this out – and it will be able to do so if the investigation by the Metropolitan Police takes months – the more the goings-on will become yesterday’s news and public opinion will want them to “get on with governing”.

Dominic Cummings may no longer be in Downing Street, and as he is one of the people revealing facts about the law-breaking it is ironic that as a legacy he has taught the Conservative party about how tenuous the relationship is between fact and public opinion and if they delay for long enough they’ll get away with it.

Whilst I might have respect for his ability to achieve his aims, that doesn’t stop me from blaming him for my grumpiness about the consequences.