Of course it is, and it’s not something new. 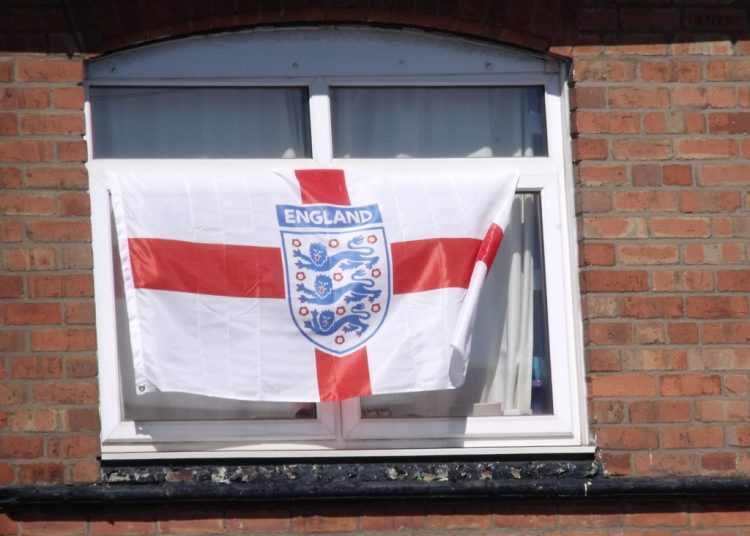 "England flags on a house in Northfield - England football badge" by ell brown is marked with CC BY 2.0.

Of course it is, and it’s not something new. On the contrary, it goes back a long time. Look at the early 20th century and the common use of that dismissive phrase “Johnny Foreigner” who had better learn his place or we’ll teach him what it is, probably by giving him a good kicking.

And what about all those (usually insulting) nicknames for people from other countries? I can’t think of a nation for which the English don’t have a derogatory name, even if only in the intonation when it’s spoken.

In fact, even other parts of Britain are not safe from English contempt. “Taffy,” “Jock” and “Paddy” are very far from terms of endearment and Irish jokes in particular are really belittling. In the fifties comedy singer / songwriters Flanders and Swann wrote this – and I was horrified when it was performed at a friend’s 60th birthday some years ago and it received a really enthusiastic reception!

It’s ingrained, this English racism. We imbibe it with our mothers’ milk.

“We live in the best country in the world!” my mother told me when I was a boy back in the fifties, an opinion based on an experience of foreign travel which consisted of a visit to a cousin who lived slightly to the north of the Scottish border.

“The French hate us!” my girlfriend’s mother told me vehemently a decade later. Not that she’d actually ever met a French person but she just knew they do.

And as for people daring to speak another language in this country! It’s not that long since I saw a Chinese family being abused in a Sunderland supermarket: “How! Yous should lern tae taak owa language when yous come ower here!”

I was tempted to suggest that she follow her own advice but she was moved on by a shop assistant.

And don’t you dare speak Welsh just because you are Welsh!

“They speak English all the time, but the minute you walk into the shop, they start speaking Welsh. Every time!”

I’ve lost count of the number of times I’ve been told this and I have to wonder, “How do they know?”

In my first teaching job I worked with an ex-Merchant Navy Captain who, not only in the staff room but also in his lessons, divided the world into “Wogs, Wops, Dagoes, Square Heads and Englishmen.”

Even into the sixties – the age of love and peace, forsooth! – you’d still see signs like this outside boarding houses: “No coloureds. No Irish. No dogs.”

And why did we leave the EU? What is the motivation behind Brexit? Obviously. Johnny Foreigner coming here, taking our jobs, our benefits (both at the same time?) and our houses, overrunning our schools, and speaking their own languages!

English racism is a simple thing: the English simply hate anybody who isn’t English. That’s it! Minor, temporary exceptions for pop stars, sportsmen (especially footballers) and film stars may be made but they can just as quickly fall from grace because, after all, they are foreign.

I mean, they don’t even drive on the right (i.e. the left) side of the road!