“It is a time for revolution, not for patching”: we must talk about the right to food 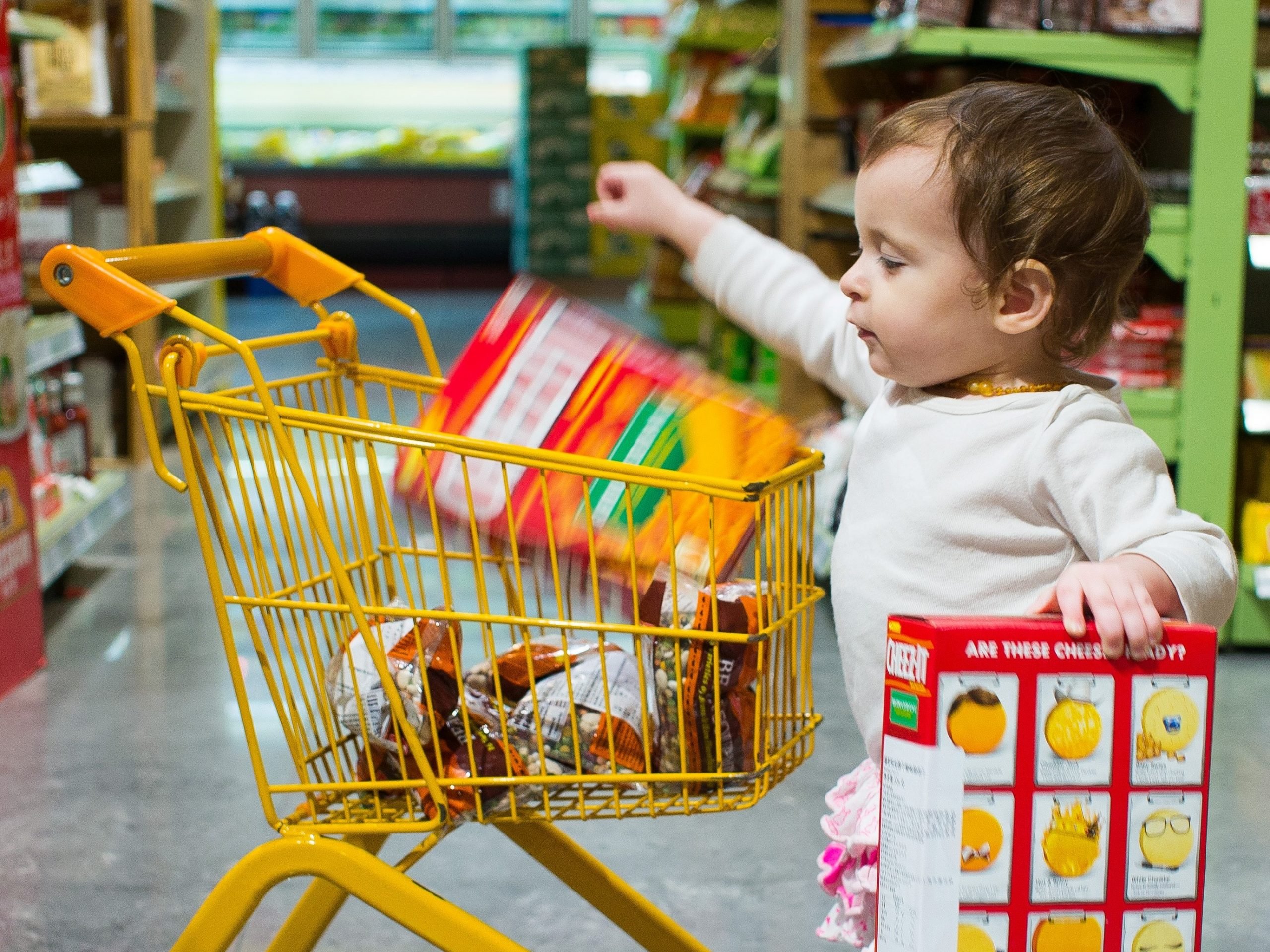 Photo by David Veksler from unsplash

The right to food is laid down in the 1948 Universal Declaration of Human Rights, article 25 and in the 1989 UN Convention on the Rights of the Child, article 27.  In 2012 the UN launched the goal of ‘zero global hunger’ by 2030 in recognition of the stark physical and mental health implications for those without access to food.  In light of this, the global, national and local figures on both food poverty and food insecurity are devastating.

The scale of food poverty and food hunger

Two billion people world-wide often go a full day without eating.  Chronic hunger now threatens the physical and mental health and survival of an estimated 842 million people. (12% world population).  Women and girls from all communities make up 60% of the world’s chronically hungry people. They also carry the burden of sexual violence and exploitation. Malnutrition, often masked by obesity, is the greatest contributor to the organ damage and death of three million children across the world.

In Britain, there are an estimated 11 million people in Britain in food poverty and the number is rising with all ages at risk. The lack of safe and nutritious food threatens the lives of 4.2 million children – 72% living in a working household.  An estimated 1.4 million children qualify for free school meals but the strict criteria excludes many who are hungry.  Over two million people, including more than half a million children are now locked into destitution and so at the risk of starvation without the essentials for a month or more to stay warm, dry and clean with a bed for the night.

The consistently high rates of poverty that includes food and fuel poverty across our region has now reached a tipping point for many in our communities. The North East has the second highest rate of child poverty in UK after London with 35% of children and young people living below the poverty line (11 in a classroom of 30) with 26% eligible for free school meals.

This bleak picture is likely to be an underestimate of the true scale of food poverty and insecurity in Britain as much of it is hidden.  People are embarrassed by reliance on food banks which have become a buffer against starvation. They also want to avoid the stigma and the repellent stereotypes in much of the media.

The data available, however, shows that the pandemic has intensified UK economic and health inequalities and the social injustices of poverty.  As The Marmot Review (2020) has highlighted, the gap between rich and poor is growing at a huge cost to the economy and health and social care services.

Fortunes have been amassed by the super-rich during the pandemic from savings and the delivery of financial windfalls.  Some private consultants are paid £6,624 a day. Contracts awarded by the UK Government in response to Covid-19 in Britain for social support, supplying connectivity and IT services among others are valued by the Trussell Trust at £24 billion.  Contracts for Test and Trace Schemes total £37 billion even though there is no measurable evidence the schemes make a difference.

At the same time millions of people are without sufficient, safe and nutritious food.  Household borrowing and arrears have soared to £10.3 billion since the start of the pandemic and 33,000 people have been forced into temporary accommodation.  There has been a soaring 81% increase in emergency food parcels from food banks in the Trussell Trust national network.  In one Newcastle foodbank, deliveries have increased by 250% as the coronavirus pandemic has continued to unfold.

The inequalities are obvious across all communities but people without public funding and the lives of people from Black African and Minority Ethnic (BAME) communities are known to be most at risk of illness and death from Covid-19. The seven million people who either have a disability or have someone with a disability within their household are also particularly exposed to the devastating impact of Covid-19; 18% are experiencing food poverty and are at severe risk of being swept into deeper poverty. According to the campaigning group Disabled People against the Cuts (DPAC), they account for almost 60% of Covid-related deaths.

Workers have faced the risk of infection and many have lost their lives while in the line of duty. Thousands, many of them on vital front line of services, have suffered job losses and reduced incomes from insecure work, furloughing and the dirty hire-and-fire tactics of some employers. Women are bearing the brunt of the job losses as part-time and front-line workers.  As the primary carer, many are also critical actors against food poverty while living in fear they cannot afford to keep their families fed.

According to the Department of Work and Pension’s latest figures, almost six million people in the UK are now on means-tested Universal Credit (UC). That is a 98% increase since the beginning of the pandemic.  Their vulnerabilities and distress, particularly if ill or with life-limiting conditions, are made worse by the acute and immediate financial hardship caused by the way the system operates.  This includes the five week wait before the first payment and the removal of the £20 weekly ‘uplift’ from those on so called ‘legacy benefits’[1] costing families £1000 a year.  This will include over two million disabled people living below the poverty line.

What is to be done?

As more people go hungry and malnutrition persists in 2021, it is time for a political and moral reckoning on food poverty. We need bold and ambitious action on food poverty

The efforts of councils, specialist agencies, trade unions, community and faith groups and campaigners have been vital to people, especially hungry children having access to food during the pandemic. They cannot however provide long term solutions to hunger.  The focus needs to be on the way chronic hunger links to other traumatic manifestations of poverty that lead to the exclusion from what is needed to survive and flourish – poor housing, lost jobs, lost education and ability to join in the social, political and economic life of society.

Enshrining the right to food in law would be a gamechanger. It would clarify Government obligations on food poverty and hold it accountable for failures and violations of the humanity of people – such as the way they knowingly acted to make children hungry, during the 13 weeks when they are not in school.

We need a genuine safety net that puts the right to food at the centre of the Post Covid recovery within a social security system that provides and includes a significant rise in child benefits, extends the £20 uplift to everyone and make it permanent and ends the five week wait for the first UC payment.

More is needed.  A profound transformation of the food system is urgently required that fixes the failures in food production, supply chains and food distribution as a priority. The UK produces the highest food waste in Europe: an estimated one million tonnes of food waste per annum – two million tonnes of still edible surplus food is wasted – enough for 1.3 billion meals.

There is not a better time than now to campaign and put such measures in place.  In 1942, the Beveridge Report named the ‘want’ of food as one of the giant social evils of poverty in society that the 1948 welfare state legislation should banish.  Yet 79 years later food poverty and food insecurity is growing as increasing poverty forces millions into hunger, multiple debts and high-risk loans.

Outrage at the lost lives and despair is appropriate. Food poverty and insecurity should have no place in 21st century Britain.  We can no longer ignore that we live in a society that allows people to be destitute and without food.  We need more than the government’s stated hope that funding will “level up and unite society”.  It is without substance and will not lead to a food poverty free Britain.

Borrowing from the Beveridge Report, “It is a time for revolution, not for patching” by putting the human right to food on a legal footing and by acting collectively in Right to Food Cities and Regions to End Hunger.  The lesson from history is that failure to end it is not an option. Nearly every world revolutionary uprising of the last three centuries leading to fundamental change to the political order has been triggered by street protests against the avoidable shortage of bread – led mainly be women whose families are starving.

‘Food Poverty’ is defined here as the short or long-term inability to have access to food to make up a healthy diet.  ‘Food Insecurity’ is uncertainty in ability to access or afford safe and nutritious food.