Working in the Performing Arts is not a career but a way of life. It’s not what you do, but what you are. 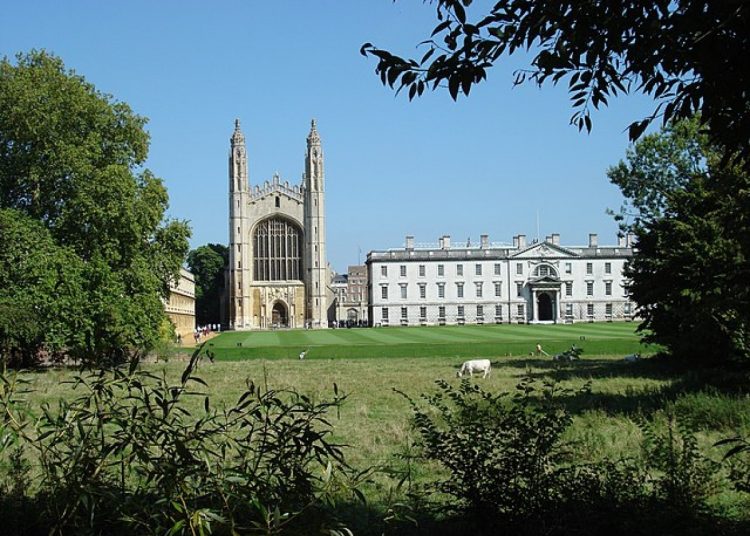 In 1962 this pitman’s son from Sunderland arrived at King’s College, Cambridge, as one of the early intake of state school boys into this ancient institution.

We were a mixed bag that year. There were the inevitable Etonians, Harrovians, Wykehamists and other public school boys, but also there were Al from Salford, Jim from Bradford (who joined the Combined Cadet Force so he could drive a tank!), Dave from Liverpool who had to explain to the College authorities that drinking half a dozen pints a night was normal for a Scouser, Joe a Classicist from Belfast who was teaching himself Irish (and eventually became Professor of Modern Irish at Trinity College, Dublin), and Dennis from Conor’s Quay in North Wales who tragically died not long after graduating. Plus me, of course. And there were more whom I didn’t know so well, a minority certainly, but a significant one.

A return to Cambridge

Fifty years later, in 2012, I returned to celebrate the half-century anniversary at a formal dinner in Hall.

(I am so unused to these formal occasions that I didn’t realise until I was changing for dinner that I’d forgotten my black tie. The shops were closed, of course, so… panic! What else could I do? Then the solution occurred to me: the solvers of all problems in Cambridge are the college porters, and save me they did, loaning me one! It appears that “Gentlemen do sometimes forget these things, sir.”)

There were only forty of us from my year at the dinner this time round, all aged around 68/69 and mainly retired: hospital doctors and GPs; diplomats and civil servants; clergymen and teachers; academics and scientists; businessmen and lawyers; military men and bankers – and even the Secretary General of the Commonwealth!

All were retired, except for four: the Secretary General; Alastair (a musician and a founder member of The King’s Singers); Bernard, a TV drama producer, who was missing the Wrap Party for his latest series so he could attend the dinner, and me, a playwright / theatre director who had just finished an outdoor, large-scale production of The Mysteries and was in the process of developing another large scale show for the Customs House in South Shields.

“Why haven’t you retired?” people kept asking and the answer was simple to give but difficult to explain. Or perhaps it was just difficult for them to understand.

The reason, of course, is that working in the Performing Arts is not a career but a way of life. It’s not what you do, but what you are.

Look at John Gielgud who died at the age of 96, the year in which he appeared in his last film (and he last appeared on stage at the age of 86). Or Judi Dench who appeared in the film Cats at 80 and Artemis Fowl at 81. Or Ian McKellen who not only went on a nationwide tour to celebrate his 80th birthday but donated the proceeds, all £49,000 of them, to the Theatre Guild to support non-performing theatre staff made unemployed by the coronavirus pandemic but not entitled to any government financial support. And that is why, in spite of the pandemic, actors, singers, instrumentalists, dancers and film-makers are still trying to produce new work. It’s why Newcastle-based actors Brian Lonsdale, Samantha Neale and Michael Blair set up the Coronavirus Theatre Club which started streaming one-person plays, all specially written and filmed, on 29th March and now has 42 on its YouTube channel.

Theatre in the North East

And they are certainly not alone. Two South Shields-based companies, Boyle Yer Stotts TC and Walton-Gunn Productions, have done something similar, Boyle Yer Stotts with audio dramas and W-G with filmed monologues. Sunderland Culture has been producing new monologues from local writers performed by local actors while in Northumberland Mortal Fools has taken its work with young people and freelance practitioners online.

Then there was the 24 Hours in Isolation project in which 20 artists and performers from the region created 24 short audio performances about the loneliness brought about by lockdown which were released on the hour every hour over a period of 24. No one was paid, not the writers (some well-established NE playwrights), the performers (among them some of the region’s leading actors) or the sound supervising technician. All simply felt the need to respond to the pandemic with their particular skills, keeping theatre – and their skills – alive.

Then actors Samantha Bell and Kylie Ann Ford turned themselves into rappers and produced their own idiosyncratic response to lockdown in a video which has been watched many times and with great enthusiasm across the region. In fact, I suspect it’s gone just a touch viral!

Some performers feel that they owe so much to a particular theatre that they are ‘paying back’ by organising online fundraising performances. National singing star Joe McElderry, who began his career as a waiter in the Green Room (now Dame Bella’s) at the Customs House in South Shields, has presented two online concerts which raised more than £15,000 for the theatre. Also at the Customs House panto stalwart Davey Hopper has been presenting a series of online events which have raised over £3,000 for the theatre while earning a living by doing a night-shift as an online order picker for a supermarket.

Meanwhile in Newcastle Alphabetti Theatre’s Artistic / Executive Director Ali Pritchard is running a live stream chat-show, with guests such as Alphabetti staples Bonnie and the Bonnettes, while Newcastle Theatre Royal’s training programme, Project A, has been continuing remotely and its final showcase for the current year group, Caryl Churchill’s Love and Information, was filmed remotely and streamed online on the theatre’s website to great acclaim.

All over the region – indeed, throughout the country and across the world – writers and performers have responded to the challenges of lockdown. Leading ballet dancers from the Royal Ballet and other international companies responded to Swan Lake in their bath tubs at home, with their videos being edited together to create a new take on the ballet which included water and, in one case, a bath full of feathers!

(The latter makes one wonder why it hasn’t been done before. I mean, Swan Lake and feathers! What’s not to like?)

Alastair, Bernard and I still working at 69 (and continuing to do so 8 years later) pales into insignificance alongside the commitment of so many in the business as theatre battles through its worst crisis since Cromwell closed the playhouses in 1642 and they didn’t reopen until the Restoration in 1660.