It’s beginning to (not) look a lot like Christmas: greetings from Ireland

After emigrating last summer, Judi Sutherland looks at how Ireland has coped with the recent Covid lockdown 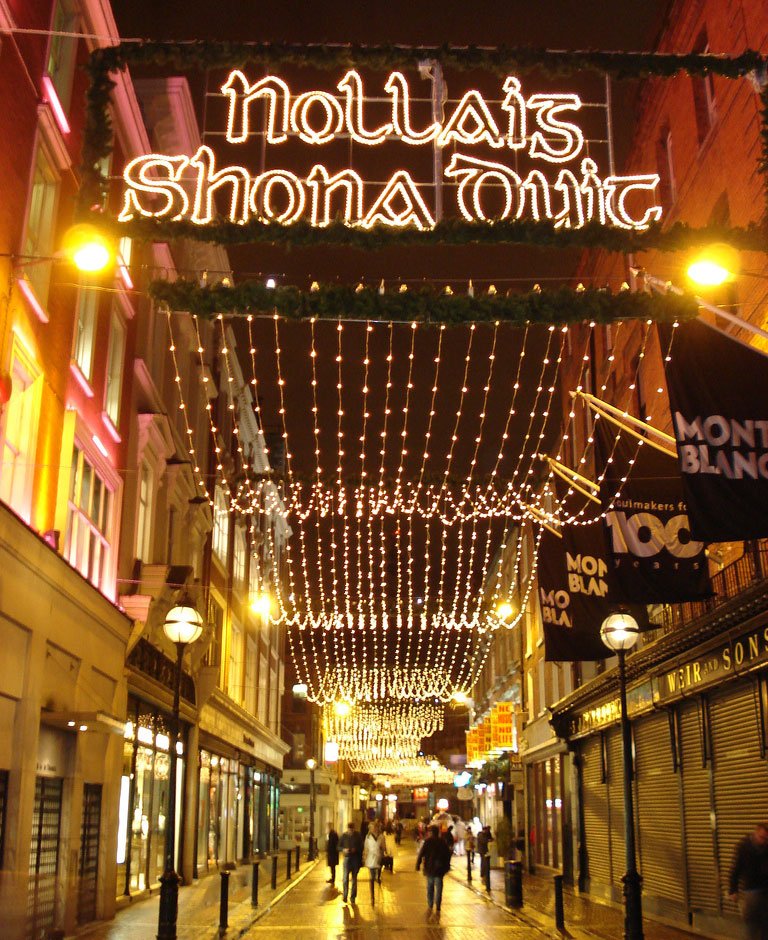 How to get in the mood for the festive season when we are all constrained by Covid-19? I don’t know. Somehow, I can’t get excited by a celebration that involves no friends, no family, no carol singing, no festive meals or drinks parties, and no dressing up. We’ve ordered a turkey, and we seem to have brought a couple of Christmas puddings across the Irish Sea with us when we emigrated last summer, but we haven’t put up a tree or hung any lights outside the house – we’ve left that to the neighbours, who are competing for seasonal illuminations as though there were some kind of prize. I’m humbugging the whole thing this year. I’m not a huge fan of Christmas at the best of times, and this is not the best of times, honestly, is it?

Here in Ireland we had a longer autumn lockdown than you’ve suffered in the UK, including a 5km travel restriction from mid-October to December 1st, and even now, a request to stay within our county. In our case, that would allow us to sample the delights of Dublin City, but we have restrained ourselves, having no wish to actually go looking for the virus, like the famous shellfish vendor; “She died of a fever, and no-one could save her, and that was the end of poor Molly Malone”. We’ve been almost nowhere, but I was glad to get out at the end of lockdown and get a haircut. Making conversation, as you do, I asked my new stylist what she is buying for her partner’s Christmas present – apparently, a Liverpool FC shirt and a voucher for the tattoo shop. I don’t think they’ll do for Him Indoors, so I’d better get thinking.

Ireland has done well in terms of Covid-19 deaths; only 2140 recorded deaths in a population of 4.9 million, or 43 per 100,000, which is less then half the UK rate of 96 per 100,000. There has of course been plenty of soul-searching here on what could have been done differently, but my guess is that these relatively good numbers reflect two things; firstly, a decent track and trace system is in place, with a Covid-19 App that is widely used; and secondly, people are well disposed to complying with the government’s requirements. And, taking a step further back, both of these factors boil down to the same thing; on the whole, the Irish people trust their government. There has been no hint of wrongdoing in the way PPE contracts and the like have been distributed. There has been no scepticism about the reliability or confidentiality of the track and trace app. The Taoiseach appears on television from time to time with clear and measured statements to the people. Last time he very sweetly thanked the children of Ireland for their forbearance. In between times, actual public health experts are often on the TV news, not just making pre-planned statements, but being interviewed fairly rigorously on the arrangements being made for testing, for intensive care beds, and for vaccination. There is no sense that RTÉ or the print journalists are giving the government an easy ride. Most of what we hear is believable.

I’m not yet fully familiar with the political stances of the various newspapers in Ireland, but one thing I have noticed is the lack of poisonous tabloids. I’m well aware of the way the press has shaped the ‘debate’ in the UK on immigration and race. We don’t see any of that here. Not to say there are no racists, or hate crimes, or right-wing loonies, and there have even been a few anti-mask protests in Dublin, but they are few and far between. There is also a higher standard of debate from our members of parliament. It is rare and remarkable when a TD’s tweets cause trouble. One Sinn Féin member, Brian Stanley, has been in double trouble this week, first of all for making disparaging remarks about the gay Tanaiste (and former Taoiseach), Leo Varadkar, and then for a triumphant reference to the death of British soldiers in the fight for Irish independence a hundred years ago. He has been made to apologise. Compare that to the almost daily barrage of ill-informed twittering by British MPs, which is so commonplace now that it is mostly ignored by the media. The British are far more accepting of crass ignorance in their elected politicians, but the poor quality of debate on a range of issues has eroded trust in the government.

So our preparations for Christmas go on, here in North Dublin County, in a half-hearted and socially distanced way. It is going to be quiet here, although if the weather is reasonable, there’s a plan for the two of us to have a Boxing Day Extreme Picnic on Malahide beach, with leftover turkey, and some proper North of England fruitcake and cheese. Although there are forty types of cheese in Irish supermarkets, thirty five of them are cheddar, but after a significant search, we have struck Wensleydale in Marks and Spencer!

We’re hunkered down here in near-lockdown, in our undecorated house, while the neighbours’ Christmas lights can probably be seen from space, but I will go as far as to wish you all Nollaig Shona Daoibh. New Year will bring a whole new set of trials, but let’s try to stay healthy and hopeful over the Christmas season.