A joke that was not well received. 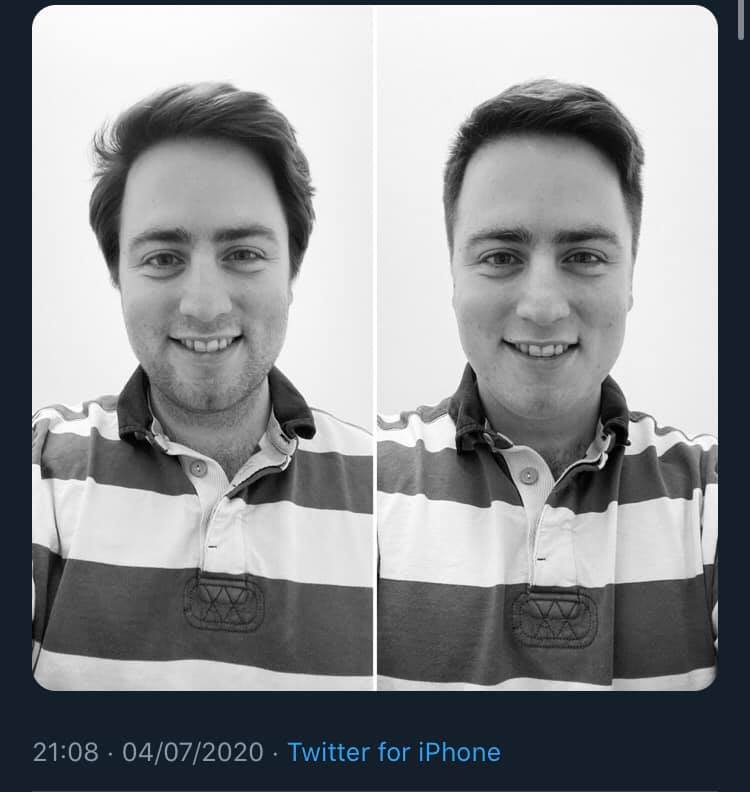 Redcar and Cleveland MP tweets out a joke about his new haircut, and gets back more than he bargained for.

It’s turning out to be an entertaining week for Redcar MP Jacob Young. It started last Saturday with him getting his first bought haircut in three months. He was so pleased with it that he then tweeted out before and after pictures, and added a joke  – “more Tory cuts” it said. And then the song and dance began.

It appears that some people took offence, and as a result articles started appearing in the press – The Gazette, The Northern Echo, the BBC, the Independent, and the New European.

It was a whole lot more publicity than he’s used to, but none of it was very complimentary. The articles pointed to the amount of funding that Redcar and Cleveland had lost during the years of austerity and quoted at length people who thought his joke was in bad taste.

Fortunately, Young knew exactly what needed to be done to fix it. First, he deleted the tweet (and blocked everyone who had been unkind about him). Then he posted his response on Facebook. The problem, he realised, wasn’t that his remark alluding to the years of austerity wasn’t actually funny; the problem was the Labour Party. That enormous chasm of humourlessness that just couldn’t appreciate his wit. And, to add insult to injury, he had released a press statement, which the papers hadn’t printed in full. But he is standing by his joke.

“Over the weekend I tried to make light of the first hair cut I’d had in three months. Sadly, a small number of people took offence at what was clearly intended as a joke…
I am proud that this government has invested millions into our region in recent months including up to £25 million for Redcar town, £71 million for the former SSI Site, and £8.5 million for Redcar Council’s response to Coronavirus…Over the course of this pandemic, this government has protected more than 13,000 jobs in Redcar & Cleveland with the Coronavirus Furlough Scheme, and supported more than 8400 people here, through the Self Employed Income Support Scheme.”

The ‘up to £25 million’ is the from the so-called ‘Town Fund’. Redcar is certainly one of the 100 towns on the shortlist to benefit from that fund, but no money has yet changed hands. Redcar and Cleveland Council has until 31 July 2020 to submit a proposal for how it will use the money before any funding is granted (Ministry for Housing, Communities and Local Government, 15 June 2020). Undoubtedly the council will welcome this funding, but to put it in context we should consider the following from a report on Redcar and Cleveland Council presented to the TUC in 2014:

“According to the National Audit Office, the government’s spending watchdog, Redcar and Cleveland Council has seen its spending power slashed by 35% since the introduction of austerity measures…Around 1,100 council jobs have been shed as part of cuts of more than £75m while the authority has also spent £14m of its reserves to balance its books.”

So, while the people of Redcar and Cleveland are celebrating this injection of cash, they may still be asking when they’re going to get the rest back.

As for the £71 million for the SSI site, that is the cost of maintenance of the contaminated wasteland and decaying buildings. While we’re on the subject of SSI, let’s not forget that former chancellor, George Osborne, while courting the Chinese in order to secure investment in his Northern Powerhouse scheme, treated Redcar Steel as expendable, denied that steel is a strategic industry, and refused to support it.

And, in the end, he didn’t get the Chinese investment either.

(It should be pointed out here, that there is no intended inference that the Brown/Blair government did anything much to stimulate economic regeneration in this area either. They talked big and delivered relatively little, but, in the end did much less damage than the government that came after.)

When it comes to the government’s response to the pandemic you would be forgiven for thinking, from the way that Young presents the information, that there had been a special COBRA meeting in Westminster to discuss plans for the relief of Redcar. The fact that this is a national relief scheme, mirroring those delivered simultaneously by governments all over the world, seems to be lost on him.

But he’s right, of course, that the support package provided by the government has made the crisis manageable for lots of people in his constituency. No one (apart from a few lonely voices at the Daily Telegraph) is criticising Rishi Sunak’s efforts to provide workers and businesses with financial help.

So, here’s the remainder of his press statement:

“My constituency is full of amazing people who voted for change and I’m proud to be an MP here, for a party that is investing in our area, and supporting working people, across Teesside.”

And one of his supporters who rallied round him on Facebook, appears to feel the same about the government:

“It’s hard for them to find genuine faults with the government so they’re picking on the daftest things.”

Young was clearly offended by the fact that his comment wasn’t received as a light-hearted joke by Twitter users, and he was further enraged by his treatment at the hands of the press. He stood by his joke. So why did he delete it? A few of his supporters commented that they thought he shouldn’t have done that, and one eventually asked for an explanation. He replied,

“I removed the post because my Twitter was going crazy with people calling me all sorts of things that I am not …For me it was easier to just remove the post so that I could get on with my day.”

Which sounds fine, except that he is an experienced Twitter user, and so he knew what kind of reaction he was going to get. His ‘light-hearted joke’ had to be intended as provocation. He actually got the reaction he wanted, but then couldn’t cope with the magnitude of disapproval it generated.

And now the final question. Young went out litter picking with the Friends of Eston Hills. While there, he may have noticed that the England flag that has been erected on Eston Nab has been painted over with the slogan ‘White Lives Matter’. And, if so, did he contact the council and ask them to remove it? Maybe not (because it’s still there).

Maybe he thinks that’s a light-hearted joke too.

Jacob Young has been sent a copy of this article and approached for comment.