“I joined the Labour Party in 1985, while the miners’ strike was going on…and my mum was a trade union representative" 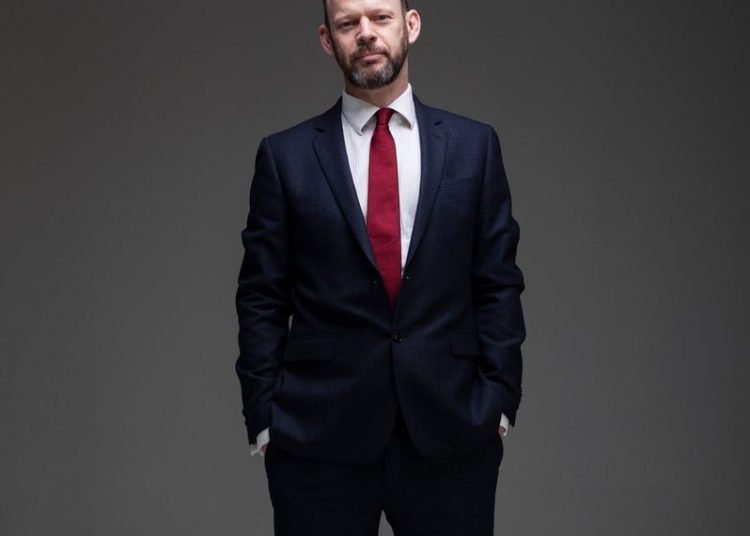 Jamie Driscoll has been described as a socialist, at one point the ‘most powerful Corbynista in the country,’ and his manifesto suggests no reason to think otherwise. The core of the manifesto is about community engagement and a new era of economic collectivism; granting the people of the region more control over the region and its economy for the sacrifice of individual liberty.

The pandemic has undoubtedly had an effect on the manifestation of these ideas. However, Mayor Driscoll believes that the pandemic has actually changed less than people realise, rather it has accelerated things which were happening anyway. “There was a steady increase in people working from home. That’s undergone ten, twenty years of acceleration. Likewise in shifts away from direct retail to online retail, an increase in digital technologies… we knew these things were going to happen anyway.”

Investment needed in the North East

It is rather the long-term problems in the North East about which he is worried, and which fundamentally come down to the question of investment, both public and private: “for a century… we were bobbing along at about 93 per cent of the average GDP for the country, and it went down under Thatcher years… down under the Blair years… down under the coalition, and it’s now at 73 per cent per capita – that’s pre-covid. But if we also look at private sector investment, that’s low as well, so we need to fix those things.”

And how shall we fix those things? Well, crucially, the North East has to become an attractive place to live. Edmund Burke said that “for us to love our country, our country ought to be lovely.” Well, is our region lovely? Not lovely enough, according to Mayor Driscoll. But his goal is to change that.

“Take supermarkets,” I am told, “these are all owned by people who do not live here, so all the profits and all the head offices… and all those high-quality jobs are not based here, but it is our people paying for them.” The solution is to focus on developing our “small business eco-system, it is about bringing in big businesses to do high-quality jobs.”

The ‘Our Economy Report 2020’ (p. 20) noted that one of the biggest problems with our region is the low rate of small business ‘death’ – competition is healthy, and a low rate of death can lead to stagnation and decay; and subsequently an undesirable place to live and invest.

How to attract big businesses is the pertinent question. A former engineer, Mayor Driscoll had offers for work in the south of France and Seattle – where the big aerospace businesses were based – but not here in the region. “We need to make this a place people can stay if they choose.”

Of course this is eminently desirable, but what is the incentive? It is all well and good saying to businesses that this might be a nice place to live with all your high-quality jobs here, please settle. The south of France and Seattle are notable regions of minimal taxation – does he think this might be key to attracting business? “When it comes to the ones that hire a lot of people and do useful work, they go where they want and do the tax-dodging via means of… a post box in Switzerland… Starbucks didn’t have all their coffee shops in Switzerland, they had their head office there and claimed their royalties there.”

The real issue, however, is creating the people with the skills to do these high-quality jobs, and then keeping those people in the region. Which is of course related to the lack of good, high-quality jobs locally in the first place, which itself is related to the fact that these businesses do not want to set up their main offices here, and the whole thing becomes cyclical. But the passion of the mayor for the North East is undeniable, and he simply wants to “create more buzz about the region,” with which one cannot help but agree. The ‘festivals programme’ was created for precisely this purpose – for the development of “home-grown festivals, for a whole range of things – food, music, improv, art – a whole range of things like that, so there is just more going on. But, this also creates year-round jobs for these people… you get the economic benefit and the benefit of making this a better place to live.”

The road to politics

Leaving aside the economic policy, I ventured to learn more about the man, and the events that led to this position. Leaving school at 16 and returning to education as a mature student to study engineering at Northumbria, how were the politics of Mayor Driscoll shaped and formed? Does the political fire run in the family?

“I joined the Labour Party in 1985, while the miners’ strike was going on…and my mum was a trade union representative… and went on to become the women’s officer for Cleveland Count Council, and the chair of the Refuge from Domestic Violence in Middlesbrough.”

The main political motivation of his youth and during his university years was anti-fascist rather than in electoral policy, and it is “fair to say, though I never quit, I was never happy with the Labour Party over the Iraq war – it is quite hard to find anyone these days who is.” A topic for another time perhaps.

The fortunate combination of the election of Corbyn and his early retirement from teaching Jiu-Jitsu (the joints, always the joints) assisted Mayor Driscoll’s swift rise. When the candidacy for metro mayor presented itself he eventually caved into the pressure of those telling him to go for it, despite his best efforts not to.

What does Labour do now?

Does he still think Corbyn’s policies are greatly desired in the region? In the mayoral election, for example, the share of the vote steadily decreased as it moved outward from the cosmopolitan hub of Newcastle. (In fact, the vote share in the Northumberland Authority favoured the Conservative candidate.) And the recent result in Hartlepool might suggest that the Labour Party is not just broken but positively moribund – what does he think needs to be done to win back voters?

“There is a bit of a narrative that Labour isn’t doing well in the North East,” he says ”and that’s what happens when you look at the North East together.” And he went on to describe and explain how certain parts of the North East had never (or rarely) been Labour anyway.

Mayor Driscoll is certain that the most significant impact on voters has been due to policy, economic policies, which have concentrated wealth and exacerbated the divide between rich and poor: “What, ultimately, everybody cares about is their version of, Will I have a job? Can I pay my rent? Will my kids have a decent school? If I get ill is someone going to look after me? And if anybody stands up and says, ‘We’re going to do this,’ they’ll get a hearing.” I couldn’t agree more, but it is the ‘how’ that usually people struggle with – Mr Blair stood up and said similar things in 1997.

So what about Keir Starmer and his focus on the flag and family values and patriotism, is there any need for this – what does the metro mayor think of it? “I am in touch with Keir and speak to him from time to time, and we get on at the personal level very well – the last time I spoke to him I said… come out swinging and you can turn this round, because everybody wants a Green New Deal.” He tells me that “the problem with British politics generally is that the Leader of the Opposition… they try to get the right headlines, and they try to win Daily Mail readers and all the rest of it.” His advice? “Talk to the people who are actually in government round the country, me and my team, and just ask them what works.”

It is clear that devolution is a step in right direction when it comes to a more just and democratic society, but at what point do we stop devolving – what is the optimum state of devolution? This is one thing we definitely need to fix, according to Mayor Driscoll, “this idea that we can tax the people of the North East in order to raise the investment of the North East does not work.” One issue, he offers, is that the Treasury gets all the money that we raise – for example, as a result of the jobs created by Mayor Driscoll – in the North East and then redistributes however it decides.

Solutions to this centre round the idea of further devolution – Mayor Driscoll’s ideas of a cashback scheme, such that the region would keep the money it earns, and a regional wealth fund for strictly local small and medium businesses, are examples of this. And this is where he would like devolution to go, for us “to be in charge of our own destiny, rather than decisions made by people who… might know where we are on a map, but have no real sense of the place.”

The rhetoric of the last statement struck me as very similar to the arguments for leaving the European Union, – to take control of our destiny, to relinquish control from a centralised bureaucracy – does this bother the mayor? No. He sees no contradiction between being part of a larger network and still having subsidiarity, that principle of ‘whatever can be controlled locally, should be controlled locally’; and those who wanted to take back control wanted control for Westminster and the global corporations, not the local community.”

So we end as we began, with the local community. Hopefully now with a greater understanding of the democratic institutions which underpin our region and our country.

You can read part 1 of the interview with Jamie Driscoll here.