Jim Beirne hands over the reins to Live Theatre

Jim Beirne, MBE marks a 21 year career milestone as he steps down as Chief Executive of Live Theatre. 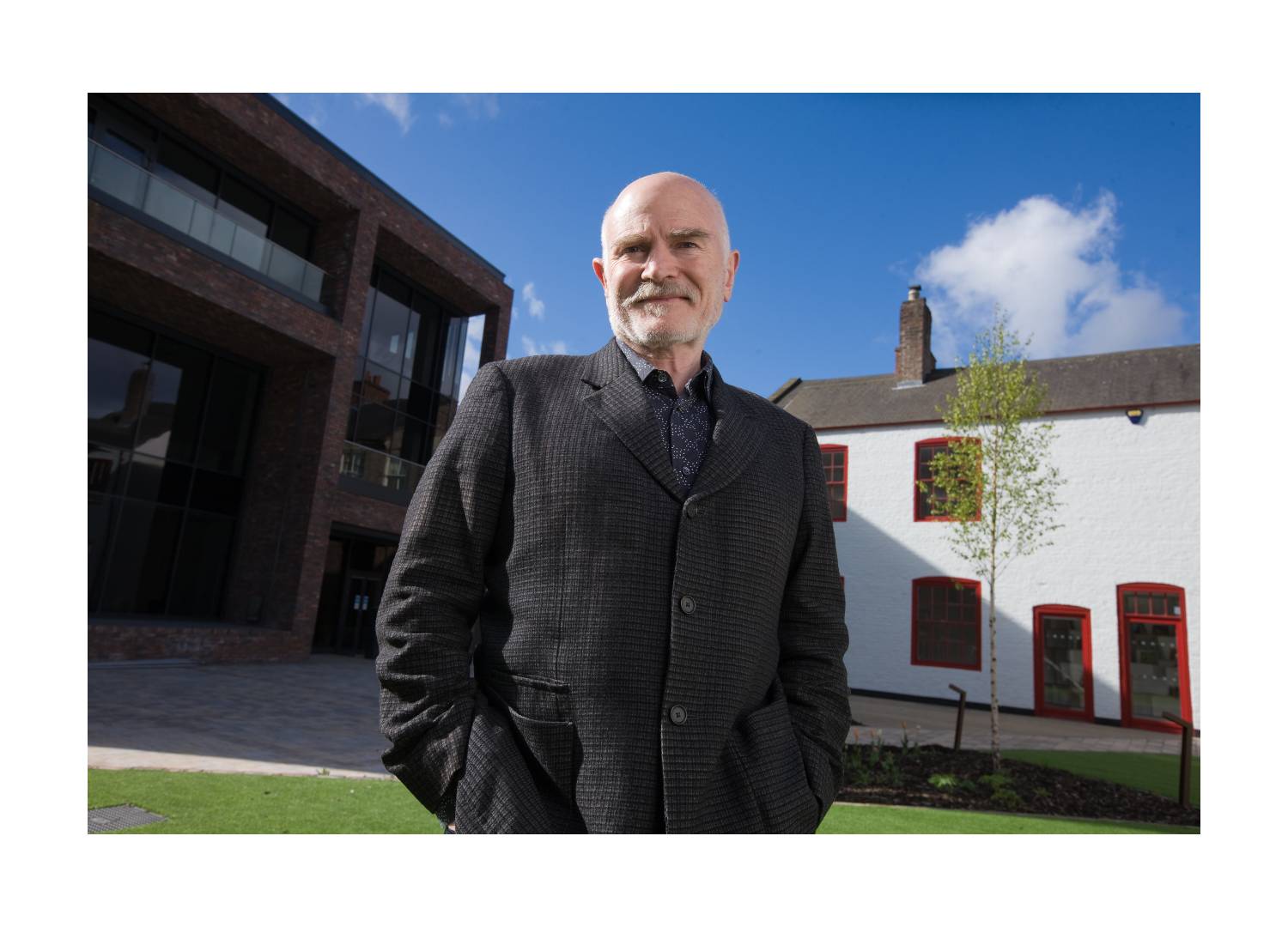 Jim Beirne, MBE marks a 21 year career milestone as he steps down as Chief Executive of Live Theatre. The composer and musician, was awarded an honorary Doctor of Letters from Northumbria University in 2011 and an MBE in 2012.

In the last three years, Live Theatre’s work has received an Olivier Award following an eight-week run of Our Ladies of Perpetual Succour at London’s National Theatre. The production was also presented in Melbourne, New England and Galway

Jim has made an incredible contribution to the cultural regeneration and life of Newcastle, overseeing the development of one of the leading new writing theatres in the UK and directing multi million-pound capital projects.

Since joining Live Theatre back in 2000, Jim has brought his vision to life, creating a ground-breaking social enterprise model that includes a cultural hub of award-winning buildings and hospitality venues. Alongside the creative team which has included Max Roberts, until recently Emeritus Artistic Director and Joe Douglas (with a new Artistic Director appointment to come shortly), Jim has overseen an outstanding programme of work that celebrates and is dedicated to presenting new stories with a strong social and political focus.

Lucy Winskell OBE, Chair of the Board, Live Theatre said: “Jim has been a truly inspirational leader, driving forward the organisation and transforming it into one of the UK’s most enterprising and cultural institutions and giving Live Theatre international reach too. The quality of the creative programme has garnered prestigious accolades including an Olivier Award for ‘Our Ladies of Perpetual Succour’. We wish Jim success and happiness as he moves on to new projects and thank him for his incredible service to Live Theatre and the development of the arts and cultural landscape in Newcastle and much wider.”

Live Theatre is committed to youth theatre and talent development and is renowned as a ‘crucible of ideas’ with many internationally successful productions and careers having been launched at the Tyneside venue. The programme reflects the society in which we live with new writing and new voices a cornerstone. During Jim’s time at Live Theatre there have been many very successful and critically acclaimed productions including ‘The Pitmen Painters’, ‘Close the Coalhouse Door’, ‘Wet House’, ‘Our Ladies of Perpetual Succour’, ‘The Red Lion’, ‘Cooking with Elvis’, ‘Harriett Martineau Dreams of Dancing’, ‘Iris’ and ‘Shine’.

Jim said: “When I started at Live Theatre the company was very nearly insolvent, however ‘Cooking with Elvis’ was in the West End and Sean O’Brien’s play ‘Laughter When We’re Dead’ was at Live – two extraordinary plays. This gave me a creative confidence to shape a new model for the future of Live Theatre. My standout memories are the opening nights of ‘The Pitmen Painters’ at the National Theatre and on Broadway, ‘Our Perpetual Ladies of Succour’ at Live and in the West End, the shock of ‘Wet House’ on London audiences at Soho Theatre and a classic First Draft Production with Davie Whittaker (a founder member and stalwart of Live Theatre) and his competitor, fighting it out as two Subaru cars on a race track – written by a 10 year old, it is still one of the funniest things I’ve seen at Live.”

In 2000, Live Theatre had a great reputation for supporting emerging productions and new writers, but the financial future was precarious. Jim stepped in and took up the challenge to turn things around with a new vision, new direction and a new business model. What followed was a phased approach which saw the full refurbishment of Live Theatre completed in 2007, the opening of Caffe Vivo (now St Vincent’s) the next year and The Broad Chare in 2011.  Further developments included The Schoolhouse, Live Works, Live Tales and Live Garden, resulting in the establishment of the Live Quarter, a cultural and creative hub on a regenerated Newcastle Quayside.

“It has been a privilege to have played a role in the cultural regeneration of Newcastle, the North East and the Quayside. To see an ambitious vision for Live Theatre come to fruition and flourish including design and architecture awards such as a RIBA National Award. Live Theatre and its social enterprise model are recognised as one of the country’s most enterprising cultural institutions and our talent development, creative programme and productions have made an impact nationally and internationally. It has been fun, exciting, creative and challenging, but it has always been an honour to have led Live Theatre over these years, and I am grateful to all the people I’ve worked with past and present: the fantastic artists, staff, trustees and stakeholders without whom nothing would be achieved. I hand over the reins to a great new Executive Team and wish them continued success.”

In 2018 Jim was appointed Chair of the pioneering Urban Green, Newcastle a charity responsible for the management and upkeep of the city’s parks, allotments, and green spaces – he will continue in this role.