“I’m excited to be working with a brilliant cast and creative team to explore the intersectionality between race, class and gender and bring Jim Cartwright’s vivid characters back to life, 2021 style.” 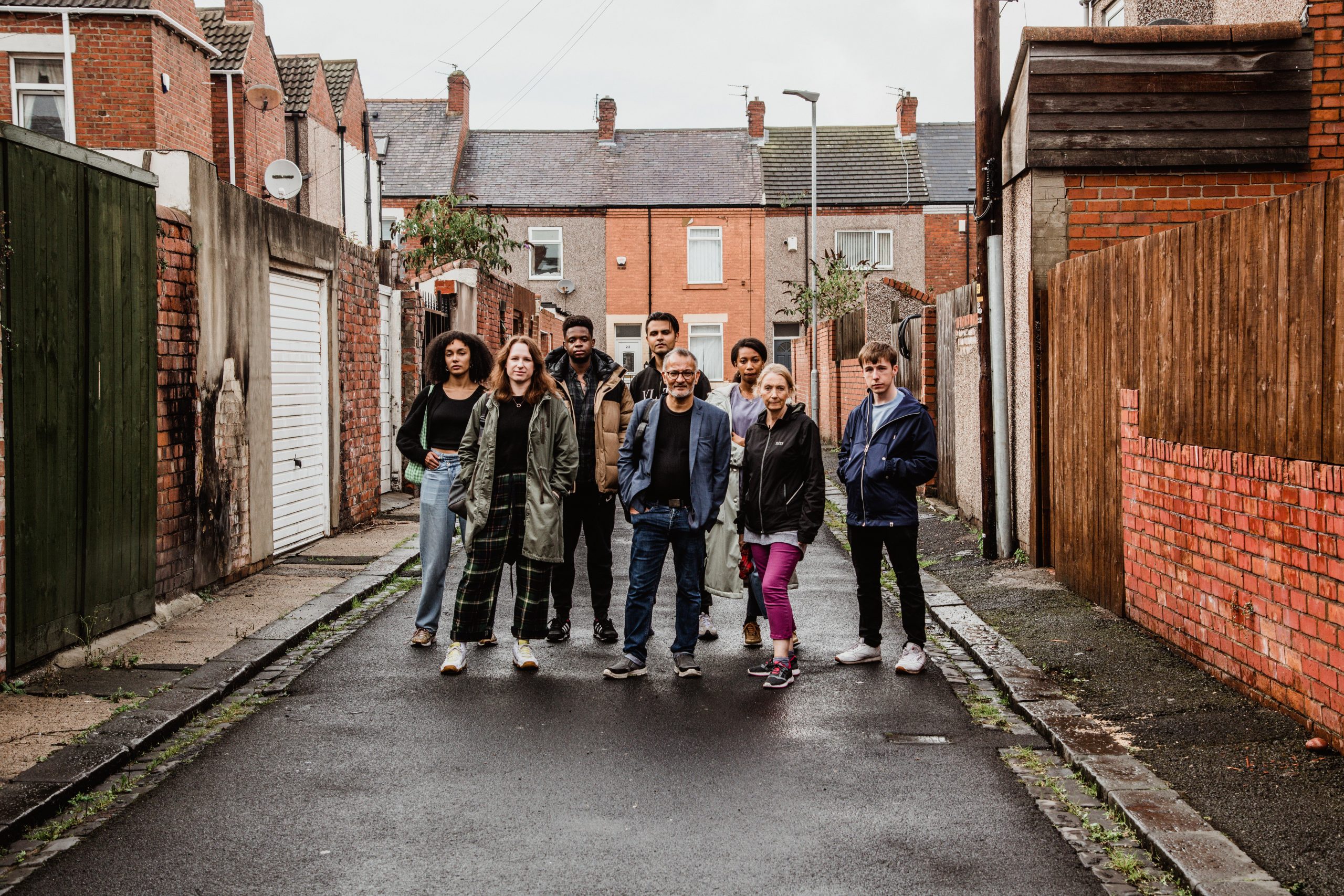 On the 35th anniversary of Jim Cartwright’s joyous and anarchic masterpiece, the residents of Road are relocated to the North East in the first show Artistic Director Natalie Ibu will direct for Northern Stage.

“I’m excited to be working with a brilliant cast and creative team to explore the intersectionality between race, class and gender and bring Jim Cartwright’s vivid characters back to life, 2021 style.”

Road is the dream play

Audiences are welcomed back to the theatre’s main stage with a gritty, funny, riotous show about community and connection. In Natalie’s own words:

“Road is the perfect post-pandemic celebration of community and resilience – the narrator introduces us to residents on the road, who then make their way out of their own houses to their local pub. [This is] re-connecting artists and audiences in a way that only live theatre can.

“It’s the dream play for me to direct as my first show for Northern Stage. I directed a scene when I was at university and it has really stayed with me for 17 years. It’s with Road that I found my vision as a director. It helped me articulate that I wanted to tell stories about the blood, sweat and tears it takes to live life, and that I wanted to fill stages with loud, vivid expressions of what it means to be alive.”

“Originally set in Lancashire, we’re relocating it to a North East working class community dealing with poverty, unemployment, disappointment and a desperation for change whilst also making the most of who and what they have. It’s about what it is to live, in all of its complexities – looking to the past to understand how we live now, telling forgotten stories about forgotten people. There’s an incredible resilience in this community, a charm; they’re a hoot to be around and I’m excited to be working with a brilliant cast and creative team to explore the intersectionality between race, class and gender and bring Jim Cartwright’s vivid characters back to life, 2021 style.”

Interviewing one of the cast members of Road

I spoke to cast member, Patricia Jones, originally from the North East and asked her a bit about her background. She said:

“I knew I wanted to be an actor from being a small child and remember making my family and friends suffer as I made up shows and performed them in our garage. I think I even charged an entry fee! I became a professional actor when I was twenty and although I took a short career break a few years ago, it has always been my first love and I couldn’t stay away for long.”

Patricia has fond memories of the North East, including fabulous beaches and countryside so close to the city. She is also a fan of the traditional stottie!

I was interested in how it felt as an actor to get back to performing on a real stage after the pandemic. Patricia said:

“Being back in the theatre is amazing and I think a few of us have had a tear in the eye when we arrived for the first day of rehearsals. Theatres are living, breathing spaces and need people to come and experience them. Northern Stage is so welcoming to all and we are all very excited to part of its reopening with such an exciting production.“

I loved the fact that the cast went on a research trip to Blyth to soak up the atmosphere. As Patricia said:

“Of course [Blyth] has changed a lot since 1987 when the play is set but it was great to soak up the atmosphere and meet some of the locals in the pub. It did pour down with rain as we were exploring, leaving us all rather bedraggled and sheltering under a bus stop but that all added to the atmosphere. We went for a bit of a paddle in the sea too just to add to a watery afternoon.”

Road has an outstanding cast, creative crew and director and this is a show not to be missed.