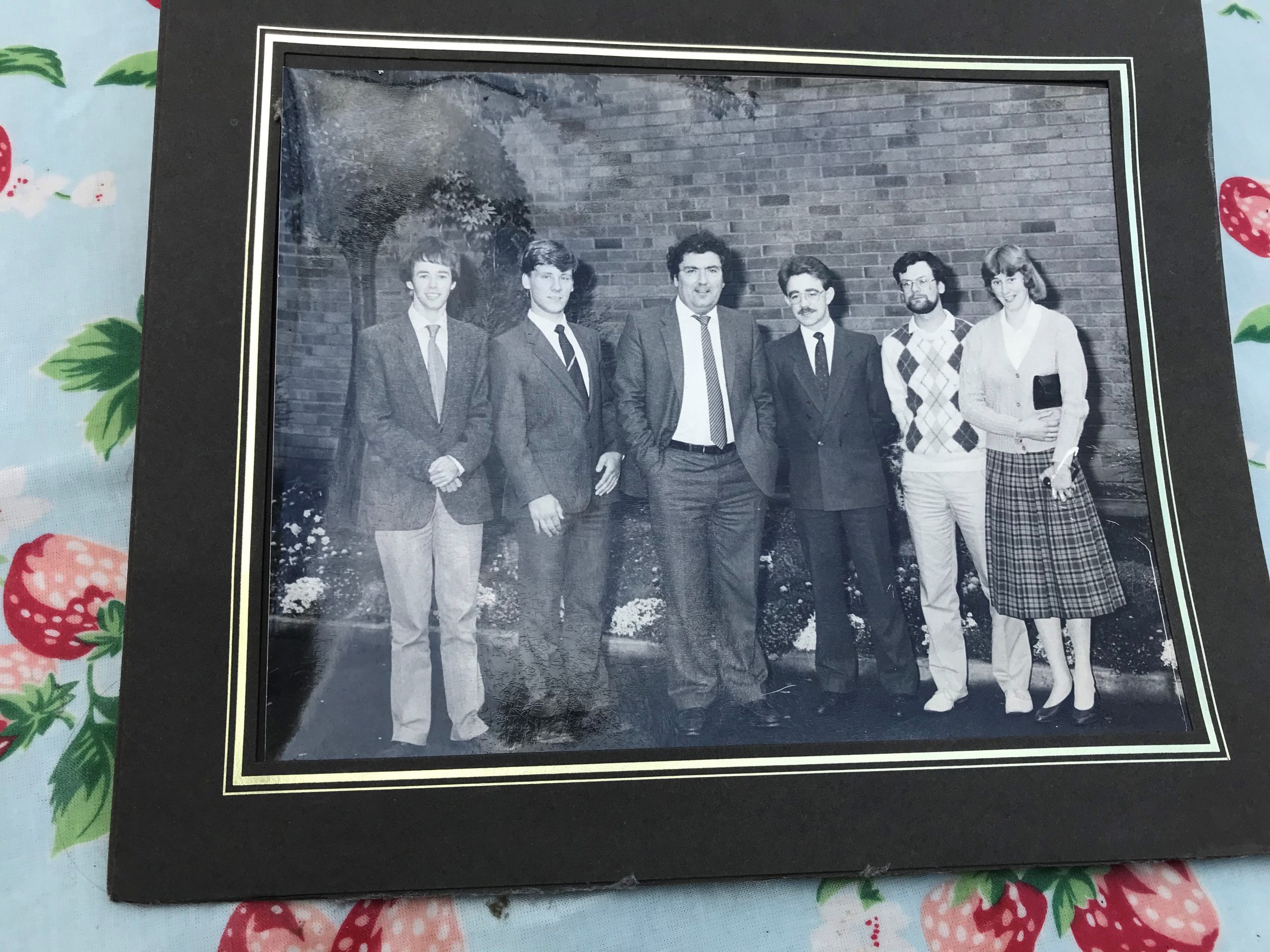 Meeting one’s idol at any age is momentous. I met mine when I was just 18 and deeply immersed in local politics in Ireland, during the Summer of 1981. Politics was in my blood and I was active since the age of 16, in County Kildare, Ireland.

My political involvement centred around the youth wing of Fianna Fáil, the Republican Party.  Ógra Fianna Fáil is one of the most active political youth movements in Ireland.  This was a very stimulating time with  party conferences, organising events, travelling to the EU  meeting government ministers, social events and even, the excitement of  shaking hands with the then prime minister of Ireland Charles Haughey (Taoiseach on three occasions).

One trip and one person stood out.  In the early 1980s, with a group of 4 other members of Orga Fianna Fail, I travelled by minibus to Bucrana, in County Donegal close to the Border with Northern Ireland and Derry. We camped overnight before travelling to meet John Hume, civil rights leader and leader of the Social Democratic and Labour Party (SDLP). We got a grand welcome with time to chat and be photographed with John Hume. To this day the photo of that meeting proudly takes centre stage in my house. The meeting was electric to us all, here was a man, a political giant in the political process in Northern Ireland taking time out to meet a small group of young people from Kildare.

This visit was during the height of the troubles. We encountered multiple checkpoints on our travels and of course soldiers’ guns pointed at us when we went through the various checkpoints. The security situation was dire; the hotel where we met was bombed the following week. But for me, a young republican, it was the start of really understanding what was going on in Northern Ireland then and what has happening to our country.

It was also around the time of the hunger strike protests in the Maze Prison.  Bobby Sands was the first to die after 66 days, in May 1981. Northern Ireland was unsettled that year and bombing and shooting an almost daily occurrence. I recall signing the book of condolences for Bobby Sands at the General Post Office in Dublin’s O Connell street with my mother. Most people in Ireland were sympathetic to him and the wider cause of the IRA then, it was the most tragic part of Northern Ireland’s history. Messages calling out ‘Brits Out’ or ‘Brits not welcome here’ were posted on bridge walls and buildings around Ireland.

“John Hume was a political titan. He was a visionary who saw how the world was shifting as we approached the 21st century and believed the historical struggle in Northern Ireland was of a bygone age. He found a way to take the gun out of Irish politics and a constitutional path forward to achieve justice and peace – and in doing so cleared the ground for the seeds of peace to be planted. In what had been barren political soil, he helped the seeds to bloom.”

Now, times change again with Brexit. Thankfully there is no hard border between the Republic of Ireland and Northern Ireland, but given the long-entrenched positions of history, we can only pray that the new infrastructure will not become a target for local terrorists who have remained largely dormant since the Good Friday agreement was signed. Unfortunately, the murder of the journalist Lyra McKee on 18th April 2019 is a stark reminder of darker times.

Outside the gates of Parliament in February 2019 I regained some of my previous pollical activism. I believe that Brexit remains the biggest threat to the Good Friday agreement and peace on the island of Ireland. Never again do I want to hear about or witness a terrorist attack in Ireland or the UK that originates from Northern Ireland.  Outside the gates of Parliament in February 2019 I met fellow campaigner Sinead Walsh, also from Kildare in Ireland, for the first time. Sinead also carried an Irish flag; we shared a joint passion to talk about the Good Friday agreement and to stop Brexit happening.  James and Janet Sheerin from Newcastle also carried an Irish Flag and were steadfast in their support of the Good Friday Agreement

I am proud to say while carrying an Irish Tricolour, the message on my placard read

John Hume was awarded the Nobel Peace Prize in 1998 and the Martin Luther peace Award in 1999 two of his many prestigious awards.