The Prime Minister walked around Hexham hospital yesterday without a facemask. This is despite increased Covid cases in Westminster. 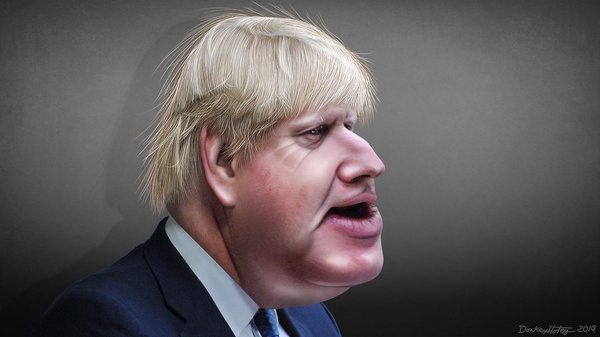 It was reported last week that some Covid restrictions had been increased within parliament following 114 cases of Covid-19 being linked to the Westminster estate between 4 October and 5 November.

MPs have been told to wear masks and advised that face-to-face meetings should be avoided if possible, while tours of the building have been cancelled and some staff have been told to work from home. Keir Starmer was isolating recently due to a positive Covid test and Conservative MP George Freeman said he had a “bad attack” of Covid last week in which he had difficulty breathing.

“You get chucked out of parliament for not wearing a jacket and tie. If you won’t wear a mask – a recommended public health measure to protect others – nothing. What an antediluvian Alice in Wonderland this remains.”

Despite this outbreak within the Palace of Wesminster, Boris Johnson was seen walking around Hexham hospital yesterday without a face covering while the hospital staff with him all wore surgical masks. At other times he wore a mask while he posed for photos with staff. No. 10 stated that he “followed the guidelines set out by the local NHS trust” and a source reported to The Guardian that Johnson “had just left a meeting where he was speaking, was not in a clinical area, and put a mask on shortly afterwards.”

Last week also saw Johnson apparently asleep and maskless next to a masked 95-year-old David Attenbrough, and following intense criticism across social media, he defended himself to CNN by stating:

There appears to be a continued flagrant disregard about the severity of Covid from the prime minister who stated, “Let the bodies pile high.” He has, however, taken to covering his face again within the House of Commons.

It begs the question, then, why he can’t afford this same courtesy when attending conferences and visiting our local hospitals. But given his recent three-line whip for the Leadsom Amendment, Johnson does what suits Johnson regardless of the potential impact on others.