Carol Westall looks at poverty in the UK through her grandmother's story in 1904 and through more recent examples. 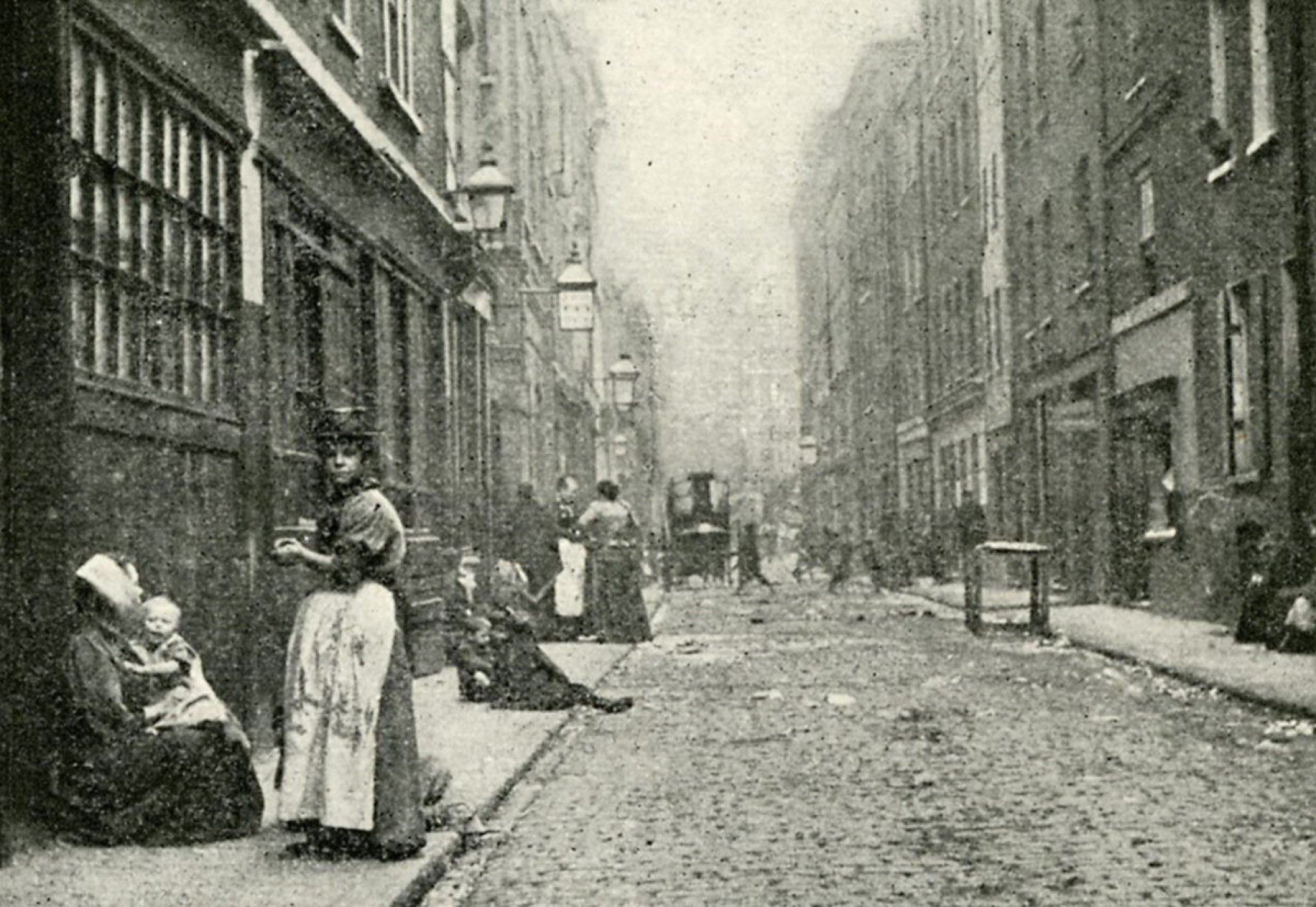 Around 1900, millions of people in the UK lived in terrible and unacceptable conditions. For many people, poorly built housing, damp and overcrowding were the norm and often led to the spread of disease. People who could not earn a wage were somewhat supported by the poor law administration, but it was a grim existence. There were some improvements after the First World War.

Lilian was my grandmother. She was the second eldest in a family of 10 children, an alcoholic, abusive father and an exhausted mother. In Lilian’s own words:

“When I was at school people were so poor that many children had very little food. Soup tickets were given out, they were a half penny and a few girls brought three pence to school for the poor ones, that meant six children could have a free meal for each girl that brought three pence. the soup was doled out at a place in ….. Kings Cross. I remember, I was too proud to let the rest of the class know I wanted a free ticket so I did not put my hand up when the teacher asked who wanted one, but I rushed home and sometimes my mother could give half penny to each of us. It was thick pea soup with a lump of bread, but waiting outside with the crowd was horrible, you could see bugs and lice and fleas crawling on some of the people …”

According to Local Histories:

“At the end of the 19th century, more than 25% of the population was living at or below subsistence level. Surveys indicated that around 10% were very poor and could not afford even basic necessities such as enough nourishing food. Between 15% and 20% had just enough money to live on (provided they did not lose their job or have to take time off work through illness).”

“… at school there were some children who came without boots or socks and sometimes they were given a ticket worth five shillings to go to a boot shop and buy a pair. Well one day I had no boots my mother made me put hers on. They were not much good and of course much too big. We had to march into the hall every morning for prayers, and before we went back to the class the headmistress or (governess she was called in those days) called me out and gave me a ticket to buy a pair of boots. I felt very humiliated and wondered how she knew I wanted boots. I expect I walked funny in big boots, but I remember after I got them, I thought it was wonderful to have a pair of boots and they squeaked as I walked. Which was more wonderful as we were only used to second-hand ones my father put blackeys on (pieces of steel) to stop them wearing out.”

“The Minority Report has for its object—and that is what I confess attracts me—the prevention of poverty rather than the relief of it. The present law is designed for only the relief of destitution after it has actually occurred. I wish it to be distinctly understood, in moving this Bill, that I make no reflection whatsoever on the humanity, ability, and industry of guardians throughout the length and breadth of the country in administering the Poor Law. … I do not believe, however, that the system itself is a good one .. the feeling throughout the country is not so much that we should have a deterrent law or relief law, but that we should have a preventive system by which, as far as possible, pauperism may be avoided.”

9 February 2022, in the Independent Hannah Fearn writes the article “The ‘new normal’ for Britain? Poverty and destitution”

In it Hannah says “a very unpalatable truth about modern Britain: we are a country that allows its citizens to slip into destitution.”

“Powering down, not levelling-up”

In the recent report from the National Institute UK Economic Outlook (Winter 2022):

“Rising inflation will push more households towards destitution. … Households are already subject to the impact of the Covid-19 and Brexit shocks, and to the high headline inflation predicted in 2022-23, but not to additional higher inflation in basic goods – particularly energy and food…Every region is projected to suffer upwards of a 10 per cent increase in destitution, but the largest increase is projected for Northern Ireland (67 per cent, bringing the total number of destitute households to about 25,000 households). Together, the northern regions of the country [England] as well as the West Midlands are projected to have substantial increases in destitution – in excess of 35 per cent – while the North West, South West and South East have projections around 30 per cent.”

Poverty in the North East “just about surviving”

This report quotes Vikki Waterman, a single mum of two from Durham who works full-time. She says poverty in the North East cripples hard-up families and it “beggars belief” that the UK government doesn’t understand the struggles facing working parents, even more so following the financial impact of Covid-19.

“Too many of us in the North East work twice as hard for half as much. We’re not living, were just about surviving. Working families, particularly single parent families, already live day to day with the constant fear of having no flexibility or financial safety net, often forcing them to turn to high interest loans in times of desperate need.  The government must not allow those of us barely managing to keep our heads above water from going under.”

It’s been over 100 years since Sir Robert Price talked about preventing destitution in his House of Commons speech. The UK ranks #10 in the world’s wealthiest Economies by GDP Rank.

Just why haven’t we been able to prevent child poverty, let alone destitution?