Peter Benson hypothesises that the greatest achievement of the current Tory government is keeping people poor, uneducated and hungry. 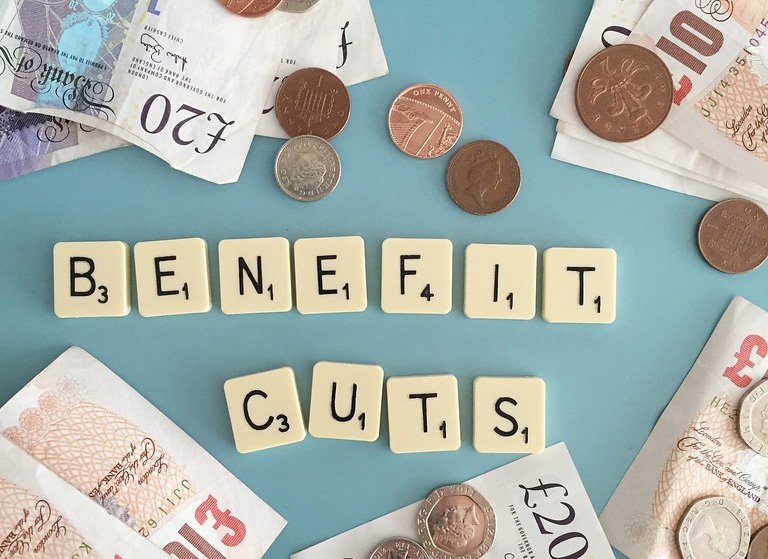 "Benefit Cuts" by Jonathan Rolande is marked with CC BY 2.0.

I would like to hypothesis that the greatest success of this ten-year government is to keep the underclass in their place. That is as far away as possible from the elite. And poor, uneducated and hungry.

We are run by the elite for the elite. Any other thoughts are pure fantasy.

I think that it would take a revolution to change this status. The natural seeds of change, namely education, have  yet again been downgraded by the current Tory government. Yet again they show that they care little for those living in under privileged areas like the North East.

The statistics on poverty

Deprived areas have lost out on government funding intended for ‘levelling up’ according to a recent report by the National Audit Office (NAO).

The (NAO) said that since the introduction of a national funding formula for England there has been a “relative redistribution” of resources to schools in better-off areas. In contrast, it said, almost 60% of the most deprived fifth of schools have seen a real-terms reduction in Government funding since 2017-18.

Whatever happened to the government’s levelling up agenda?

Research published during 2020  from the Education Policy Institute showed that the rise in the proportion of pupils who live in persistent poverty was up from 34.8% in 2017 to 36.7% two years later. In some areas the gap was even wider. Poorer pupils in Blackpool, Knowsley and Plymouth were more than two full years of education behind their peers by the end of secondary school.

What do the statistics tell us?

The statistics confirm a two-tier education system in the UK. For the ‘haves’ it a healthy lifestyle, good jobs, nice houses and in some areas access to a grammar school. It also includes additional resources such as private tutors, laptops and money. These factors generally result in strong educational attainment and future job success.

For the ‘have nots’ there is a stark contrast. It means more depravation, low educational attainment, lack of money and resources and often persistent  hunger and housing issues.  Lack of education leading to poor job skills and low wages compleres the never ending vicious circle.

Could you go to work every day hungry and concentrate on your job and be successful?

Why do we allow so many school children to do this on a frequent basis?

In an earlier article  I wrote about the steep rise in the number of children turning up hungry in London schools at the start of the September 2020 school term. It was replicated right across the country as the pandemic started to impact on families as so many had lost their jobs.

There is a massive divide in our society from North to South from abject poverty to extreme wealth and riches.

There is also a vast middle area between these two and so many are ‘just about managing’. This became a political slogan but was ultimately meaningless as became fast neglected during the pandemic.

The government did something good…

The government did some good things during the pandemic. One was to increase Universal Credit by £20 a week. The others were the Job Retention Scheme (Furlough scheme) and the Self-Employment Income Support Scheme.

These moves made an immediate positive impact on families really struggling to eat and buy essentials. They were widely welcomed and appreciated by so many. However, the Furlough and Self-Employment support plus the extra £20 per week disappear soon. This means that we can expect a fresh explosion of demand on food banks to stave off hunger for hundreds of thousands right across the country.

What’s will happen to them come September?

Is there any point in getting angry these days and joining a protest against this government?

The answer is an emphatic yes.

We must never just accept what is thrown at us when it is both unjust and unkind.

We have a civic duty to participate fully in our democratic way of life. This might be through the ballot box or through protests and activism.

Breaking the cycle and working for change

There are no real geographical barriers to poverty. It is everywhere, even though it may be hidden in some areas.

However, there is a solution. We must really focus on breaking the endless cycle of poverty.

The current government really has done an outstanding job of keeping people poor, uneducated and hungry, and in some areas more than others.

We must do all in our power to change that.