Tam was brought up in foster care and reveals that he never had a place to call home until he applied to the fire service. 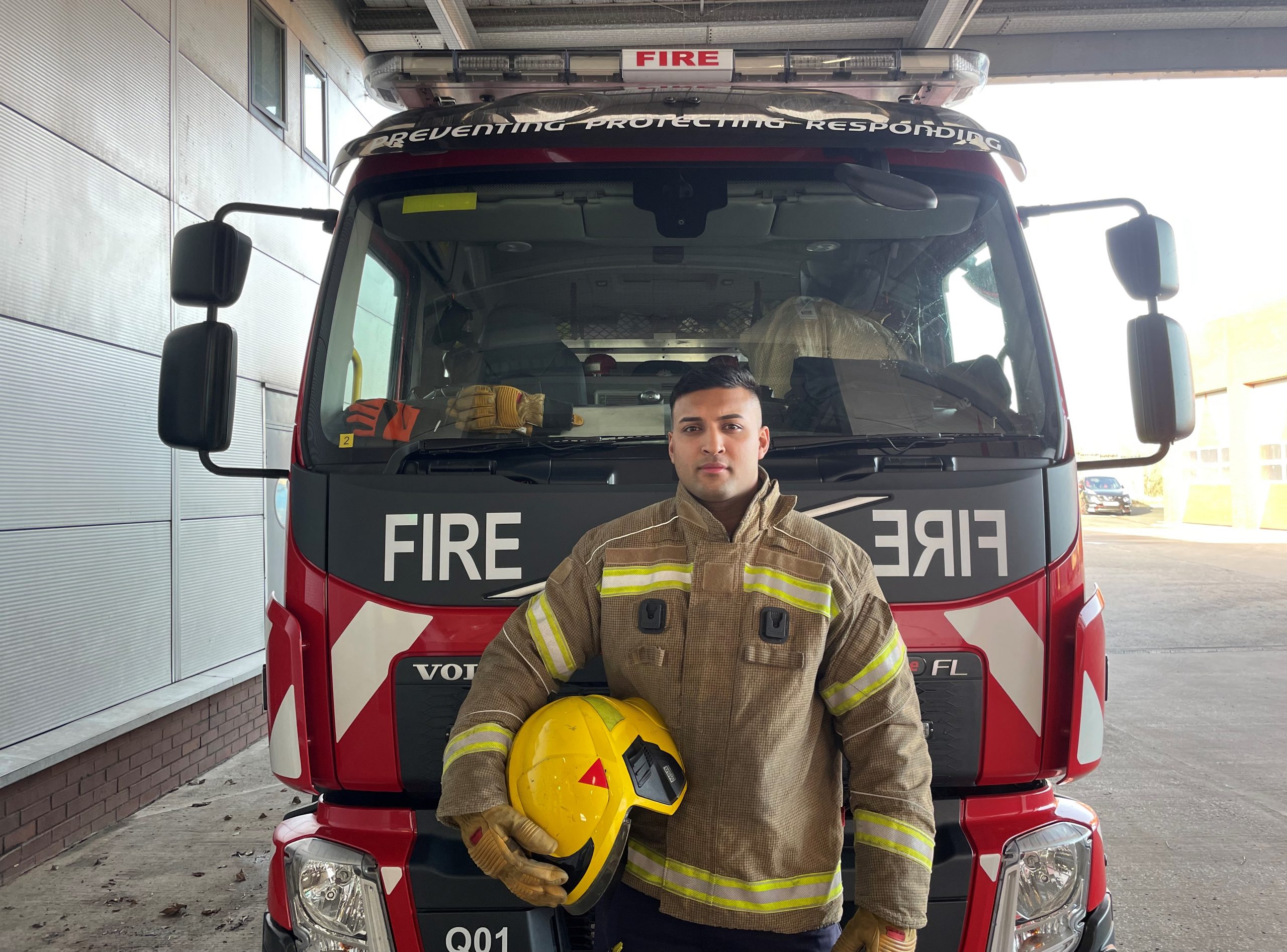 Tam wants more people with Asian heritage to follow in his footsteps - as TWFRS open their recruitment for wholetime firefighters.

A fearless lifesaver who was born in Bangladesh and grew up in the UK foster system has finally found his home as a firefighter in Tyne and Wear.

Tambir Ali, known as Tam by his friends and colleagues, has been with Tyne and Wear Fire and Rescue Service (TWFRS) for almost a year after joining during the pandemic.

The 27-year-old was born in Bangladesh but shortly after he moved to the UK he found himself as a child in foster care.

He has revealed that he never felt like he had a place he could call home – until he applied to join TWFRS.

The father-of-two now lives in Seaham and says he wants more people with Asian heritage to follow in his footsteps – as TWFRS open their recruitment for wholetime firefighters.

“Growing up in foster care, you don’t have many opportunities and the statistics are really bad for us but the Fire Service was the opportunity for me and now I’m here I can do so much.”

“Representation matters, when a young Asian girl or boy sees me come to their school to do a talk on safety, or turn up to a house fire and work with my watch to extinguish it, they might just see their future self.

“My boys are young and I want to make them proud of me and the work that I do. I know that part of that is inspiring the next generation of firefighters who look like me.

“I’m the only person of colour on my watch but it doesn’t matter, we are all equals and we are there to do the same job.

“My colleagues have my back in every situation and I theirs.”

Keeping the people of Sunderland safe

After working in a call centre and not feeling fulfilled in his daily life, Tam noticed that TWFRS were recruiting during the pandemic and jumped at the chance to apply.

Based at Farringdon Community Fire Station on the Red Watch, Tam now spends his days keep the people of Sunderland safe.

His comments around diversification of the Fire Service have been echoed by one of TWFRS’s highest ranking firefighters.

Assistant Chief Fire Officer Lynsey McVay thanked Tam for his openness and encouraged others to join their ranks during their biggest recruitment drive in years.

“It’s difficult to be so open about your experiences, but I hope that Tam’s story inspires people who might not have thought of a career in the Fire Service.

“As a woman I have faced some challenges but the face of the Service is changing and it is an exciting time to be a part of that.

“If you are looking for variety and a fast paced changing environment with the opportunity to help so many members of our community then TWFRS is the right place for you.”

“We are continuing with one of the biggest recruitment drives  in many years and want to encourage others to consider a career with us.

“Regardless of your age, gender, race, religion or sexuality, there is a home for you here in Tyne and Wear so get on our website and apply to become part of the team.”

TWFRS are currently recruiting for whole time firefighters on their website.