Keeping the magic of Christmas alive at the Customs House, South Shields

“I’m very excited for people to see this show. I’ve never written a musical before." 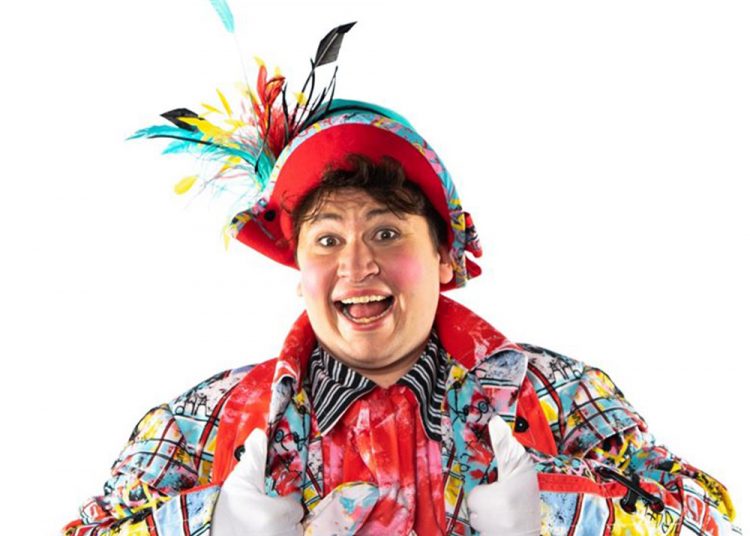 Davey Hopper as Arbuthnot. Photo supplied by the Customs House

The Customs House is all set to go with its brand new Christmas show, something that promises the magic and tradition of seasonal joy and good wishes. Arbuthnot and Dame Bella’s Christmas Adventure brings us all the very best that we have come to expect of the Customs House with something a little new this festive period.

This year’s show is a musical, written by Jen Stevens and Davey Hopper. I asked Jen to tell us more about the show and how she had come up with the inspiration for the songs. She said:

“I listened to lots of my favourite composers (Danny Elfman, Randy Newman and of course Menken and the Sherman Brothers!) for inspiration. David (Hopper) and I worked closely through the writing period to ensure that the songs told the story as much as the script. We talked at length about how we wanted the characters to come across, and how each of the songs should reflect those personality traits.”

“I’ve been writing songs for a long time, but it’s a very different process writing them for a show rather than to perform myself. It’s involved a lot of late nights, blood sweat and tears, but I’ve thoroughly enjoyed the arranging and recording process. I’ve written orchestral arrangements for much of the show, and have had a great time producing them.“

It all sounds really exciting. So how have rehearsals been going? Jen told me:

“The rehearsals have gone brilliantly. It’s so exciting to see such brilliant performers bringing our story and songs to life. Watching the actors working on the choreography for songs that I’ve written has been quite surreal!”

“We’ve got the inimitable Ray Spencer as the wonderful Dame Bella, and obviously David Hopper as her son Arbuthnot. Audiences will recognise lots of faces from previous pantomimes and other productions around the North East. Steven Hamilton, Dale Jewitt, Eleanor Chaganis, Bethan Amber, Tony Wilson, Glen Townsend and Bronwen Hanson. They’ve all been an absolute joy to work with.”

The show tells the story of two brothers who have gone their separate ways; one is Santa Claus, the other is Hack Frost. As the Customs House says:

“On discovering one child, in Cooksonville, no longer believes in Santa, Frost sees his chance to freeze Santa and stop Christmas. Can Arbuthnot persuade his cousin Dennis to believe? Can Roxy the Reindeer, Jerry the Snowman and Grace the Elf navigate the North Pole.
And… Will Dame Bella get her stockings filled this Christmas?”

“I’m very excited for people to see this show. I’ve never written a musical before but with the amazing work Jen Stevens has done, we have put together something truly special. Now more than ever we need to make sure the magic of Christmas stays alive and with this fantastic cast, I think we may have done just that.”

The show runs from 11th to 24th December. You can buy tickets from the Customs House. Don’t leave it too late!