Lark Rise to Candleford: “My one weakness”

Lark Rise to Candleford is a TV series based on a book, set in rural Oxfordshire in the 19th century. A window on a bygone era. 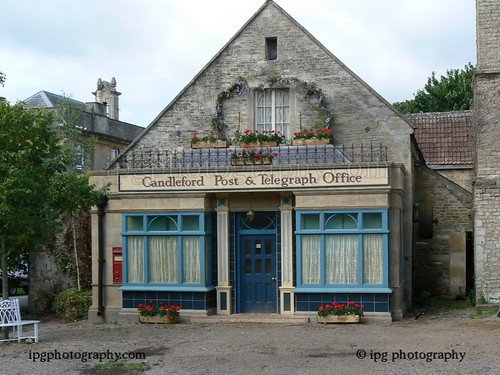 I missed this series completely when it was on TV and have only just watched it recently. And what a treat!

Lark Rise to Candleford is set in the Oxfordshire countryside at the end of the nineteenth century. Lark Rise is a hamlet and Candleford, a small town with the luxuries of a dress shop, a hotel and most importantly a Post Office.

As in all rural communities the Post Office is the hub of the community, a place for finding out the news and local gossip as well as to buy stamps, postal orders and to send the all important telegram.

And it is the telegram that is the cause of trouble in the very first episode. The Post Office regulations are that telegrams can be delivered free of charge but only within eight miles. Otherwise a charge of 3s6d is added. Now that was a considerable amount of money at that time, especially for ‘hamlet folk’. The villagers are convinced that the distance is less than eight miles and set out to measure it…

Laura Timmins, a young and very able young woman from Lark Rise gets a job at the Candleford Post Office where she learns the trade and writes a journal. Laura is played beautifully and truthfully by Olivia Hallinan. Each episode starts with a narration from Laura’s journal, read by Sarah Lancashire.

Laura’s parents are played by Claudia Blakley and Brendan Coyle (ot Downton fame) and they bring an honesty and earthiness that is truly heartwarming.

Other Lark Rise folks include Caroline Arless, the mother of a large family who just can’t seem to help getting into trouble, and her son Alf who has to pick up the pieces. These parts are played by Dawn French and John Dagliesh.

There are so many wonderful characters, too many to mention here, (and it is always good to leave a few surprises!) but I have to mention Dorcas Lane, the Candleford postmistress, played by Julia Sawalha, who is the one often to meddle but also to fix. It is her one weakness!

Lark Rise to Candleford is originally a set of three semi-autobiographical novels by Flora Thompson. I haven’t read them yet but am inspired to do so by the TV series.

The series is a window onto a bygone era, a slower world, when you had to travel on foot or by horse and cart (if you were rich enough) and where you were much more attached to the land. But it was a also a changing world, with the coming of the Industrial Revolution and the machine. It could have been over-sentimental but I didn’t find it too much so. The writing, the set, the design and the characters were so engaging, delightful and believable that I just became caught up in it. Well worth a watch.

Lark Rise to Candleford is available on Britbox. There are four series, although be aware that the last one is shorter than the others.