Less cash in your pocket: more costs and tax rises yet to come

There is some logic to expecting people to contribute to social care costs and putting a limit on the amount people in care must contribute. 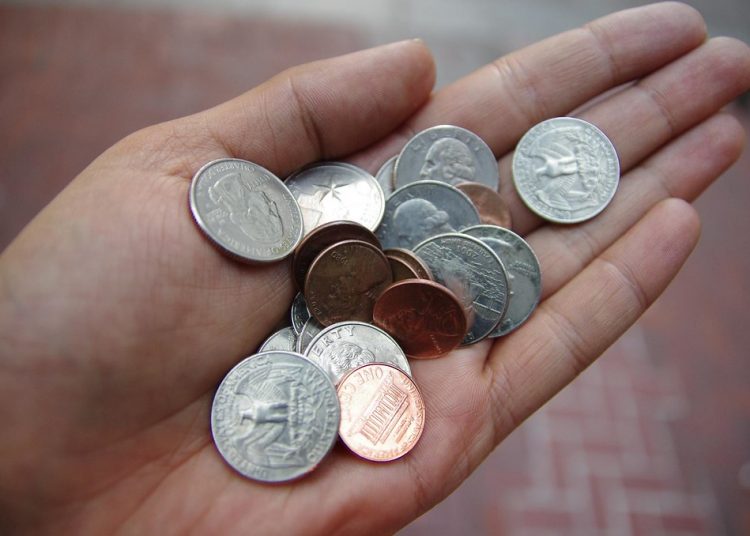 "Holding American Coins in hand" by neeravbhatt is marked with CC BY-NC-SA 2.0.

The expression ‘triple whammy’ does not adequately describe what is ahead for all of us, much less cash in our pockets in the months to come. And the North East is often hit particularly hard.

So many prices are increasing: fuel and energy prices, travel, council tax, National Insurance, roaming charges and inflation. Universal Credit is being cut and that’s only for starters. This  is very likely to be  the bleakest winter on record for millions already struggling on low wages and benefits.

There is some logic to expecting people to contribute to social care costs and putting a limit on the amount people in care must contribute.

But how could it ever be fair that those barely surviving on the lowest salaries, have to pay the increase in National Insurance, whilst those who earn the most are hardly affected.

Equally why should a young person on minimum wage or on zero hours contract have to pay more?

This tax is grossly unfair and inequitable. It is an attack on the workers of this country, hitting those on low salaries whilst keeping the rich unscathed.

For those just managing to keep their heads above water, the Universal Credit cut means potentially sinking into debt, further depravation, hunger, cold and even loss of your home. In addition to this, energy prices have sky rocketed this year, petrol prices are at multi year highs and shop prices are rising fast.

It’s a perfect storm for so many millions all around the UK.

The Furlough scheme, which supported millions, ends at the end of September just when the cut in Universal Credit cut happens and when so many will start to feel the extra energy and fuel costs really hit their pockets. Inflation, a measure of costs that we all pay every month  jumped in August to 3.2% from July’s 2% is the largest increase in annual rate from one month to next since records began.

Rates are forecast to increase above inflation again next year as councils have to fund the extra costs from the rise in Nation Insurance contributions.

Martin Beck, chief economic advisor to the EY Item Club, said that lower income households will feel the pinch the most, cutting their spending which feeds through the wider economy.

“It is going to hit their spending more than the better off who can cover some or all of the cost by saving less or drawing on their savings.”

It’s reassuring to know that on the day the new government reshuffle is announced that the Chancellor is staying put. His family is wealthier that the Queen  but at least he will be paying nothing extra on top of what we are all paying through higher National Insurance contributions.

Imagine if the rich elite and multi-millionaires had to pay more!

We live in perhaps the most unequal society ever. The gap between the rich and the poor, the haves and the have-nots is escalating under this government.

It might be the most out of touch government ever.!

Welcome to developers’ world with Houchen and Dorries

Welcome to developers' world with Houchen and Dorries