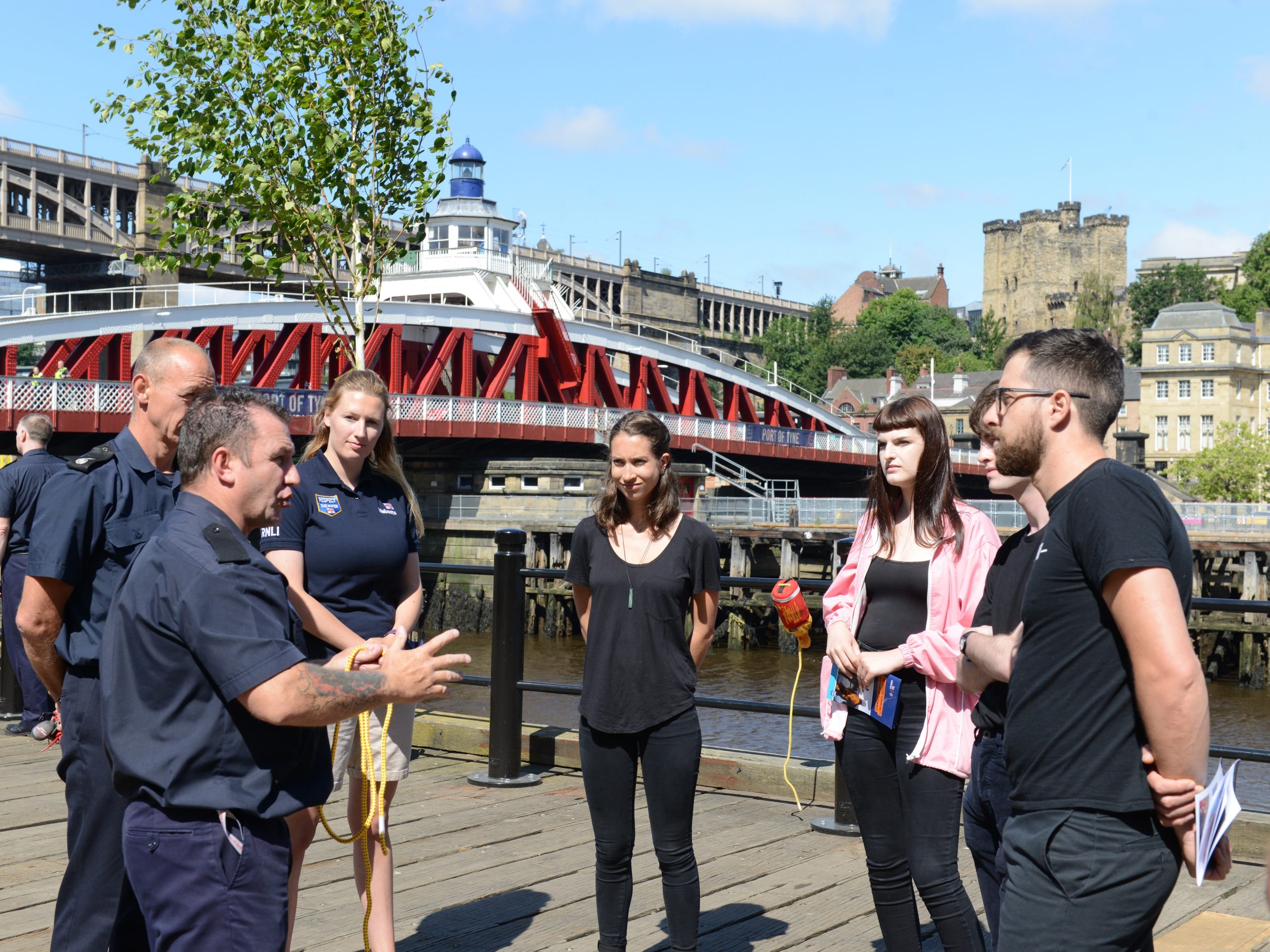 Photo by The River Brew Co Used with permission

A new video highlighting how effective a life-saving joint scheme has been launched as part of National Fire Chiefs Council’s Be Water Aware Week. In the video a rescue by staff from By The River Brew Co – based beneath the Tyne Bridge on the Gateshead side – from August 2018 is re-enacted featuring the real 999 calls that were made.

The Waterside Responder Scheme was developed following a successful Tyne and Wear Fire and Rescue Service (TWFRS) pilot in 2016, with the partnership with the Service and the RNLI in 2017.

Since the scheme was launched, five potential drowning victims have been rescued in the Newcastle/Gateshead Quayside area – four in a two-month period in 2018 and one in July 2020.

Peter Heath Deputy Chief Fire Officer at Tyne and Wear Fire and Rescue Service said: “For many, our social lives involve spending time at locations near to and around rivers, lakes and other bodies of water. Often through accident or on occasions entering a body of water that can look very calm and inviting results in serious danger to people.

“Regardless of how someone might find themselves in the water, the speed of assistance that can be offered is critical in the race to save them. For staff and owners of business and premises located near rivers and other bodies of water, there is some simple and straight forward awareness and training that can be undertaken that along with some simple but effect equipment such as a throw line, can quite literally mean the difference between life and death.

“The waterside responders scheme as highlighted in the video demonstrates a real life example of this and Tyne and Wear Fire and Rescue Service like all other Services, as well as partners are committed to this. The swift and effective actions of the staff in the video in helping to rescue a person in a river at night and in trouble is a clear example of the lifesaving role that bar staff and others can make to saving lives with a little bit of training and equipment.

“I would encourage you all to ask about how to become more aware of how you can prepare to save a life where a person finds themselves in difficulty in the water.”

In September 2018 seven staff from By the River Brew Company were given Fire Authority Bravery and Meritorious Conduct Awards for making four remarkable rescues from the water, following throwbag training provided by TWFRS, in conjunction with the RNLI. The company itself was also presented with an award.

Nick Ayers RNLI Water Safety Lead North & East said: “We have worked closely with our colleagues at Tyne and Wear Fire and Rescue Service to deliver the Waterside Responder programme since 2017. The program has already helped to save five lives in the local area.

“The programme includes advice on who to call if someone is in difficulty in the water, how to safely perform a rescue using a throwline and, most importantly, how to prevent such incidents in the first place by delivering a lifesaving message.

“This video have been developed to encourage not only riverside licenced premises but also other emergency services to roll this programme out.

Dawn Whittaker National Fire Chief Council National lead for Water Safety and Drowning Prevention added: “From a National Chief Fire Officers Council perspective, we are always keen to work with partners on schemes and projects that support our aims to make communities safer.

“Too many lives are lost every year in drowning incidents in the UK, the vast majority of people don’t even intend on entering the water in the first place. Learning how to use a throwline or life ring buoy may save a life, so I would like to express my thanks to Tyne and Wear Fire and Rescue Service, the RNLI and the local businesses that have signed up to this project.”

More details of the Waterside Responder program can be found here.