Kim Sanderson reports on the coronavirus situation in Tanzania. The new president acknowledges that it exists but there are still problems. 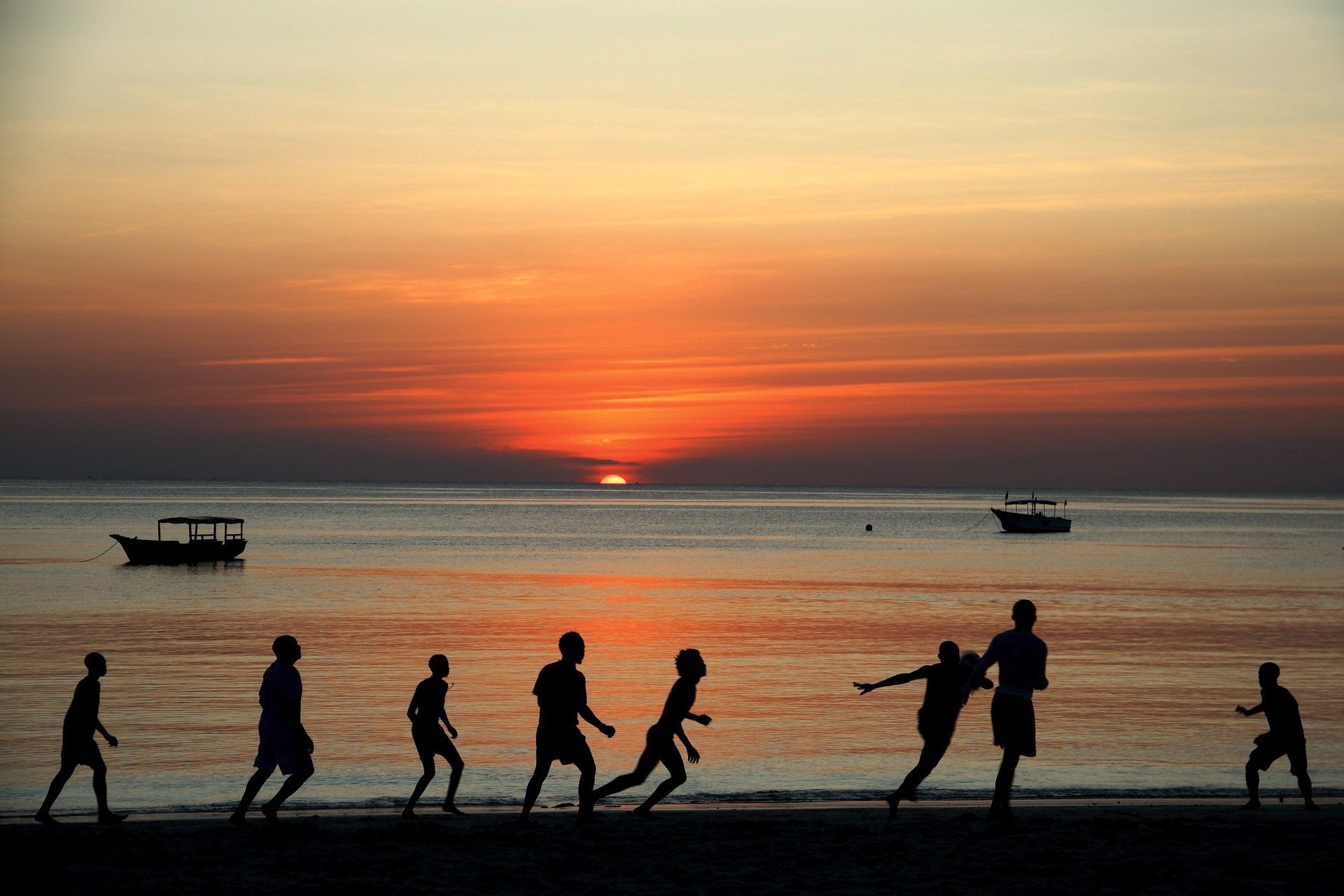 Image by riitou from Pixabay

As the UK wonders how safe it is to remove restrictions with ‘only’ 52 percent of the country vaccinated, spare a thought for countries where vaccinations are currently very limited and the Delta variant has arrived. For example, I wrote in March about Tanzania, which I called a ‘country of concern’. Since that article, a lot has happened.

Most recently, Simba Sports Club won the Tanzanian Premier League on Sunday. The ‘lions’ club has an interesting history: it was founded in 1936 as Queen FC under British rule (named after Queen Elizabeth). It later changed its name to Eagles, then Sunderland, finally being renamed Simba in 1971 (Simba means ‘lion’ in Swahili).

Perhaps football and politics are inextricably linked in Tanzania; it’s certainly been a momentous time in politics too. Controversial President John Magufuli died, and his Deputy Samia Suluhu Hassan took over as President. She has earned respect as ‘Mama Samia’ (she is referred to as ‘mother’), although some headlines in the UK sounded more stereotypical than respectful.

An admission that coronavirus exists

Unlike the late President, Suluhu has now publicly admitted that coronavirus exists. She has urged Tanzanians to take precautions against it including handwashing, using masks and practising social distancing.

Schools re-opened on 5 July 2021 after three months’ closure, and the government issued guidelines telling them to install hand-washing facilities and arrange running water. They were also instructed to educate children about measures like wearing masks.

Significantly, President Suluhu commissioned a task force on Covid-19, and ensured that Covid data is now made public. The country began releasing case numbers again at the end of June 2021, in its first update since May 2020.

The President also declared Tanzania would join the global vaccine-sharing programme Covax, and it has applied to do so. The African Union says the country is now participating in its vaccine-purchasing programme.

Not a clean break

But there may not be a clean break with the country’s past coronavirus policy. President Suluhu has refused to discourage the steam inhalation and herbal remedies promoted by Magufuli and others – although official guidelines published in late March did not mention steam treatment. This is clearly a difficult balancing act, and nobody wants to dismiss traditional methods out of hand – especially when vaccines and other treatments for coronavirus are scarce.

In mid-May President Samia told Muslim officials in the country she had noted their concerns about vaccine safety. She said her government would not accept “all that is brought to us or [what] we are told to do […]. So, even on this issue of vaccines, we will satisfy ourselves before deciding whether to use them or not”. Proper scrutiny by any government is of course justified, and some wariness is understandable given the history of vaccines and other medical treatments being tested in Africa.

How is Tanzania coping?

What of infection rates, and how is the health system coping with coronavirus? Sources in Tanzania describe a third wave of infections; these have previously been un- or under-reported. Health minister Dr Dorothy Gwajima announced 408 new cases on 10 July, but tellingly also stated 284 of those people were receiving oxygen – which suggests that the total number of cases is likely to be much higher. The President mentioned that Kagera, Arusha, Mwanza, Dar es Salaam and the administrative capital Dodoma were all being affected by the new wave of coronavirus.

It has been reported that Bugando hospital in Mwanza, on Lake Victoria, has run out of oxygen. Two doctors died there last month of unknown causes. Similarly, The Guardian reported the words of one doctor working in a major private hospital in Arusha, also in the north of the country: “People are dying every day. There’s not enough oxygen. We have to turn them away and they die at home. I think it will get worse before it gets better and that makes me despair”. (The doctor asked to remain anonymous as he was not permitted to speak to the media).

Naturally, the new infections are not restricted to Tanzania. Other countries in the East Africa region have also reported problems. In Kenya, intensive care facilities are reportedly full in coastal Mombasa, while a surge in Kisumu and restrictions in the surrounding Lake Basin region were reported three weeks ago. The New York Times reported rural areas recording a high number of deaths without stating a cause, which indicates that deaths from Covid far exceed official tallies. It also quoted Dr Onyango Ndong’a, chairman of the local chapter of Kenya’s Medical Practitioners, Pharmacists and Dentists Union, as saying “We are buying our own gloves and masks. We are covering for government inadequacies. We are tired now. We are stretched.”

On 9 July, Channel 4 reported on the situation in Uganda, with hospitals running out of oxygen. The report described a total of 200 public-sector ICU beds for a population of some 44 million. As an illustration, a dashboard for the region surrounding the capital, Kampala, shows a total of 120?) ICU/HDU beds.

The country’s target is to vaccinate 22m people. However, The Guardian reported that Ugandan minister Chris Baryomunsi blames the west for the Covid vaccine shortage there: “The problem has been the supply side”. Baryomunsi, who is also an epidemiologist, explained: “We have the money but we simply can’t get the vaccine. This is a challenge of access and equity. We have to rely on the western world and the western world has focused on its population. The impression is that people there don’t care about Africans.”

On the African continent, 23 countries have so far experienced a resurgence of the virus, 13 of which are seeing a more severe surge than before. The more contagious Delta variant has been reported in 17 countries so far, and 10 countries currently facing a resurgence have confirmed it is present there. So far only 1.6% of vaccine doses administered worldwide have been in Africa, with less than 2% of its population vaccinated.

We first, not me first

The WHO said the UN-backed Covax scheme hoped to deliver more than 20m doses, expected imminently from the US. Dr Matshidiso Moeti, its director for Africa, said “Covax partners are working around the clock to clinch dose-sharing pledges and procurement deals with manufacturers to ensure that the most vulnerable Africans get a Covid-19 vaccination quickly. These efforts are paying off. Our appeals for ‘we first and not me first’ are finally turning talk into action. But the deliveries can’t come soon enough”.

A strong desire to establish other avenues for vaccine supply is also clear: in an interview with South Africa’s Mail & Guardian, Director of the Africa Centres for Disease Control and Prevention John N. Nkengasong explained that Covax will give you 20% of your vaccines. But to get rid of Covid you need at least 60%; Europe is trying to vaccinate 80%. So Africa had to find additional vaccines. South Africa’s President Cyril Ramaphosa took that argument to the African Union leaders in August and put together the Africa Vaccine Acquisition Task Team. He told them to find a vaccine, and they did. They secured the first 270m doses to get Africa to 60%.

Meanwhile, the UK has pledged 100m surplus vaccine doses to low-income countries as part of a G7 initiative. The cost of transferring the vaccines will be treated as overseas development assistance, but will not come from the existing ODA budget: this will represent additional UK aid spending.

And the government has pledged ongoing support to Covax. Yet Britain’s £548m contribution to this will come out of the ODA budget. Anthony Mangnall, a Conservative backbencher, is quoted in The Independent as saying: “suddenly throwing [into this budget] medical aid and assistance to countries around the world jeopardises […] programmes that are currently running.”

What is more, the government has cut that same foreign aid budget to 0.5% of GDP from its previous 0.7%. As early as April, the devastating effects of this were being reported: a leaked memo revealed UK bilateral funding on water, sanitation and hygiene (WASH) will fall by more than 80% this year – despite handwashing and hygiene being key to fighting coronavirus.

Today the House of Commons voted by a majority of 35 to uphold this cut and reduce the  foreign aid budget, breaking a Conservative party manifesto commitment. All the North-East’s Conservative MPs, but none from other parties, voted in favour of this. Middlesbrough South MP Simon Clarke wrote this morning: “They say to govern is to choose. We have chosen that this is the right thing to do”.

According to the shadow chancellor Rachel Reeves, the GBP 4bn cut was “a direct attack on the notion of global Britain”. She asked what moral compass was guiding the government. Patrick Grady for the SNP pointed out that aid works best when it is stable and predictable, and that there will be no undoing the damage caused by some of these cuts. But perhaps the last word should go to former Prime Minister John Major:

Inside the Lions’ Den: Why England’s success is upsetting for Simon Clarke MP