Jonathan Brash has been selected as Labour candidate for Hartlepool 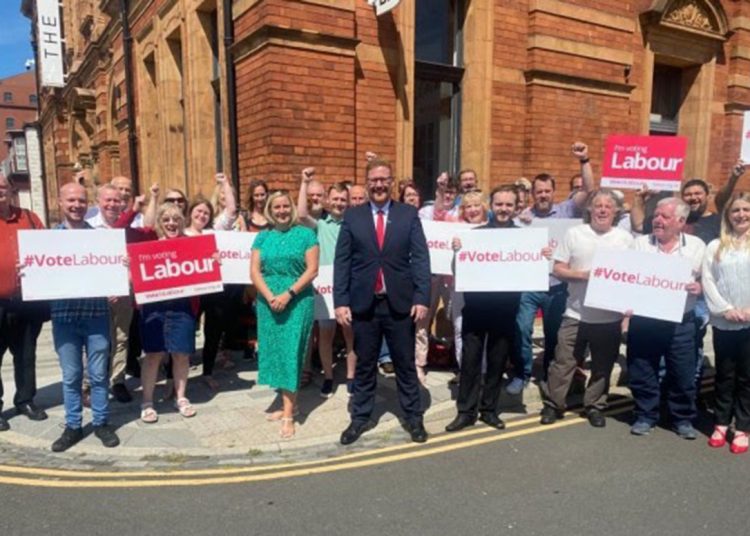 In sweltering heat, the crowd of Hartlepool CLP members packed the bar at the Corporation Club, known locally as The Clippy, on the town’s Whitby Street. The four contenders were given ten minutes each to present their case with another 15 minutes each for fielding questions.

Four members voted for Melanie Morley, a new councillor. She is a legal aid solicitor and partner in her law firm.

Omide Deinali, a digital forensic analyst who works in Hartlepool and is a parish councillor in nearby Easington, received no votes at all.

With a field of experienced locals it is clear that no Labour HQ candidate was parachuted in.

Jonathan Brash, a local teacher, enjoyed the backing of several unions:  GMB, USDAW, Community, Unison and the Fire Brigades Union. He was  nominated by the Cooperative Party. Brash is Deputy Leader of the Council’s Labour Group and he has won in five Hartlepool local elections. His wife Pam Hargreaves is also a councillor.

Hartlepool was a safe Labour seat until May when a by-election was called with the departure of Labour MP Mike Hill, who left under the cloud of a sexual harassment case.

The arrival of the big guns from Conservative HQ, including several visits from then Prime Minister Boris Johnson, ensured that not only did the seat turn blue but all the Tory candidates who stood in the concurrent local elections were returned as well.

But the Boris gloss is beginning to fade and Mortimer is criticised by many locals as a Missing In Action MP.

Much will depend at the next General Election on Labour’s standing in the national polls. But Hartlepool will no doubt go its own way and have more surprises in store.