Long to lord over us

Is it time for change in the House of Lords? Judi Sutherland suggests some possible reforms. 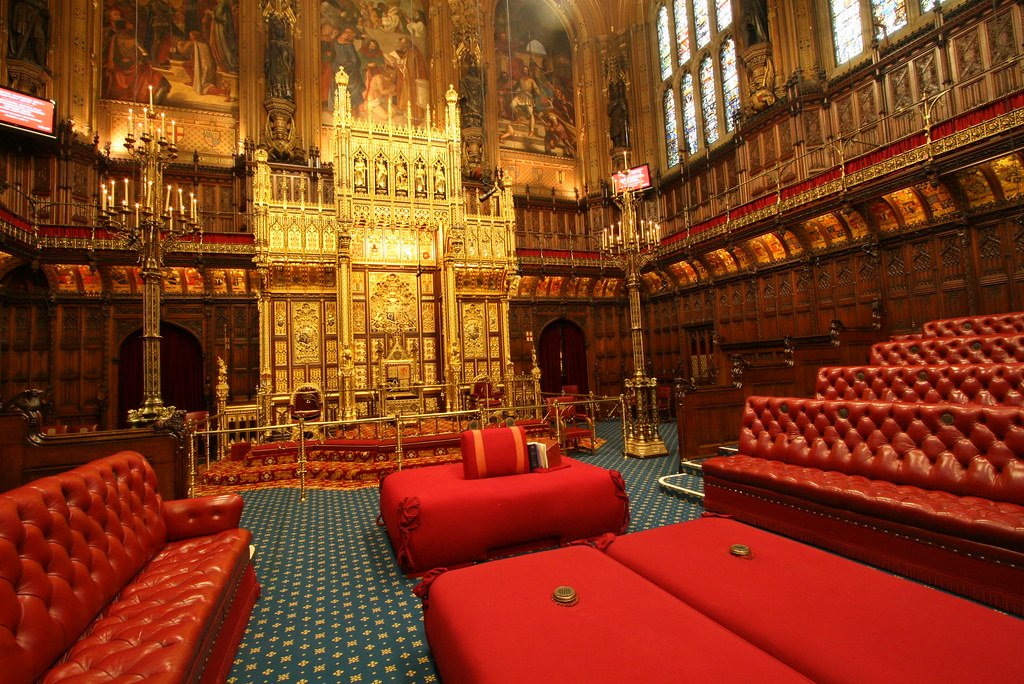 "House of Lords Chamber" by UK Parliament is licensed under CC BY-NC-ND 2.0

These days, it seems possible that donating £3 million to the Tory Party can buy you a seat in the House of Lords, and with it, should you be interested, the opportunity to influence British legislation for the rest of your life. This bizarre possibility only occurs because members of the House of Lords are appointed by the monarch on the advice of the Prime Minister. Once upon a time there were about fifty of Their Lordships, but as life peerages can be created at a whim, numbers have swollen. At time of writing there are 783 Noble Lords, rather more than can fit in their Chamber in the Palace of Westminster.

The UK currently has the largest Upper Chamber in the world.  It’s bigger than the House of Commons and is in fact the second largest legislative chamber in the world, after the People’s Congress of China. Since Labour’s reforms, the British House of Lords only has 92 hereditary peers left, most of the chamber being filled with Life Peers. In 2014, legislation was passed allowing their Lordships to resign from office or be removed for lack of attendance.

Recent appointments have caused some raised eyebrows; a peerage for Lord Evgeny Lebedev of Hampton and Siberia, Russian-born newspaper proprietor and friend of Boris Johnson, being a particular cause of comment.

Many countries have upper chambers of Parliament, intended as repositories of expertise, pointing out the pitfalls, inequities, and unintended consequences in new laws that the lower chamber might propose. The British House of Lords is thought of as a ‘revising chamber’, which can amend legislation arising from the Commons, but it can no longer reject a bill outright. This restriction of its power was felt to be appropriate because the Lords is essentially undemocratic, being appointed, rather than elected by the people.

So, if the Upper Chamber is unwieldy and undemocratic, how could it be changed?

The House of Lords could be directly elected. Objections to this usually suggest that the same party machines that determine the members of our lower chamber would predominate, such that the profile and mindset of the Lords would be too similar to that of the Commons, when the whole point of the Lords is that it should think differently.

Several years ago, I devised a cunning plan to avert this problem. What if there were an ‘Electoral College’ – a group of learned bodies and societies which could select someone from among their memberships to stand for a peerage? We could include the Royal Colleges of Medicine, the various Institutes of Engineering, arts organisations, charities, universities, trade unions – any well-established professional organisation whose membership might have a special insight into a particular aspect of our national life. They could consider their learned members who are approaching retirement from long and glorious careers, and nominate one for a peerage.

I’m carefully not saying the Electoral College should appoint the Lords directly; to improve democracy the various nominees should then have to stand for election. Once elected, their Lordships should then serve a fixed term – longer than the typical life of a Parliament, to provide continuity, but not so long that they might get old and doddery and fall asleep on those red leather benches, which is a distinct danger at the moment – maybe seven to ten years, then they can retire having done some service to the nation.

If you have read any of my other pieces for North East Bylines, you will know that I currently live in Ireland, and that I have suggested that, when we think of ways to improve the way things work in the United Kingdom, we could do worse than use the Republic to ‘compare and contrast’. So I looked up the way the Irish Parliament (Oireachtas) operates. It has, unsurprisingly, a lower house (the Dáil, or ‘People’), and an upper house, the Seanad. Both serve for the term of the Oireachtas, which is generally five years. There are a hundred and sixty members of the Dáil and sixty Senators, a proportion which seems quite reasonable and if copied in the United Kingdom would lead to a House of Lords of two hundred and forty peers. The process for forming the Senate is a bit complicated and is set out here: Seanad Éireann: how senators are elected (irishtimes.com).

Eleven senators are appointed by the Taoiseach. Six are elected by the alumni of the larger Universities. For the other 43 seats, those seeking election can be nominated by other members of the Oireachtas, or by professional and learned societies, for election to various ‘vocational panels’; Administrative, Agricultural, Cultural and Educational, Industrial and Commercial, and Labour, depending on their particular expertise. These nominees are then elected by a very specialist electorate consisting of the incoming Dáil, outgoing Seanad, and city and county councillors, an electorate of about 1,000 individuals. This is all set out in the Irish Statute Book – yes, the Irish have a written constitution set out as a single document. How novel.

Not the most democratic of systems, but a cleverly constituted one that results in a fixed number of senators, sitting for a fixed term, and acknowledged to have some specific reason for being there. I should add that the current salary for a Senator is €70,000, and for a TD (member of the Dáil) €100,000.

I was thrilled to find that some aspects of the Irish system followed the scheme I had devised in my head. Sometimes I think my towering intelligence is wasted.

The other thing about the UK Parliament that many people feel requires reform is the huge amount of pomp and circumstance that surrounds it; wigs and knee-breeches, Black Rod and red robes, and a mouldering Woolsack for the Speaker to sit on. Maybe a bit less of that would reduce the tendency to self-importance and promote the ideal of public service, I don’t know. Should the House of Lords be renamed The Senate? Should Senators take on elaborate titles like one of our more recent peers, Lord Evgeny Lebedev of Hampton and Siberia? I don’t much care. But at least the scheme I have devised would reduce the overcrowding of Their Lordships’ Chamber and prevent it from being stuffed with people who have bought their way in by means of helpful assistance to the Prime Minister.

“No-one is safe until everyone is safe”: global vaccine rollout and equality