Lord Adonis elected to be chair of European Movement UK 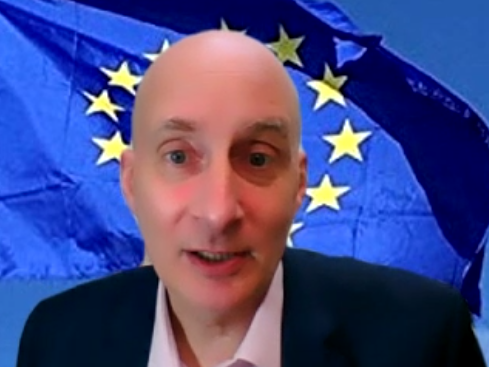 “someone whose passion has kept our hope alive through many a dark time.”

Paul Lomas, Chair of the Nominations Committee, said:
“The European Movement is delighted that Andrew has been elected as the next Chair.

“We conducted a wide and open search process which led to a slate of exceptional candidates. We were enormously encouraged by the depth of support for the Movement across a wide range of senior and highly qualified people. Three outstanding candidates were put forward to the National Council for election.

“Andrew has exceptional experience, skills and public recognition.  We are confident that, under his leadership, we can accelerate our recent outstanding membership growth and substantially move the opinion of the British people, and in Westminster, even further in favour of the UK resuming its natural place at the heart of Europe.”

“It is an honour and a challenge to become chair of the European Movement at this time of crisis in Britain’s relations with Europe. Churchill founded the European Movement to bring Britain and continental Europe closer together – socially, economically and politically – after the horrors of the Second World War and the Holocaust. We have a duty to seek to do the same again after the experience of COVID19 and Brexit, faced with the twin emergencies of climate change and a global slump.

“We will campaign strongly to put right the immediate failings of Boris Johnson’s Brexit deal, including the lack of automatic EU work visas for artists, musicians, engineers and architects; the absence of EU market access for our huge financial and business services industries; and the end of our membership of the Erasmus scheme for student exchanges. Millions are affected and we need to change these damaging policies as soon as possible, which almost no one voted for as part of Brexit.”

The appointment follows the decision by the Rt Hon Stephen Dorrell to step back from the position of chair at the Movement’s annual general meeting in November 2020. The Movement wants publicly to thank Stephen for all that it has achieved under his adroit leadership and guidance over the past few traumatic years.

Andrew Adonis’s appointment takes place at an exciting time for European Movement UK, ahead of their ‘Building Bridges, Not Barriers’ conference,’ which will bring together politicians, high profile campaigners and thousands of activists at the end of March to forge a path back to Europe together.

The co-option of three new members of European Movement UK’s National Executive Committee was also approved by the National Council on Saturday. Former MEPs Molly Scott-Cato and Sajjad Karim, and European Movement UK activist Jane Thomas, will join the board from March.

Anna Bird, Chief Executive of European Movement UK, said:
“Molly, Saj and Jane are great new appointments to the National Executive, and bring a wealth of pro-European campaigning experience. They will help us in modernising European Movement UK as we seek to build a more diverse, plural movement that better represents our communities and our country.”