Lord Sugar predicts that the North East will be the most negatively affected economically by Brexit due to import duty. 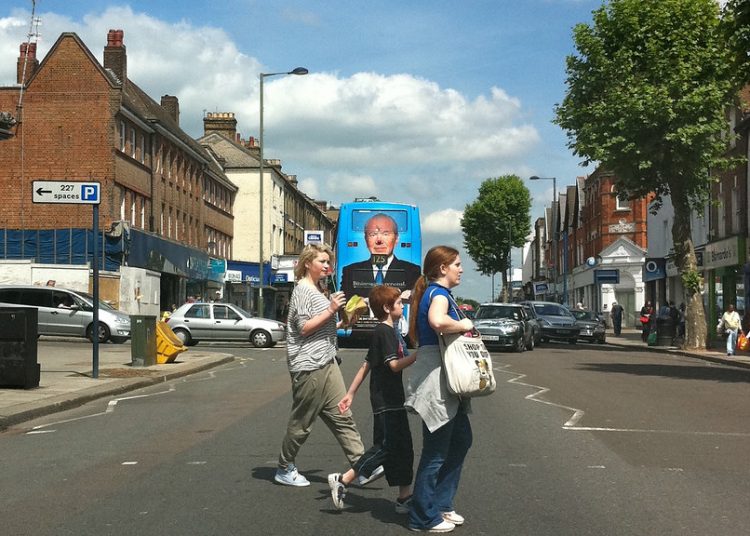 "Lord Sugar in North Finchley" by jovike is marked with CC BY-NC 2.0.

There is not a day goes by where I don’t have to bust stereotypes about the North East, often by people who really ought to know better and who have normally never set foot up here! The other week I was told that everyone from the North East is “every ‘ism’ going – every single one,” presumably meaning we all litter our conversations with racism, sexism and the like? This is not what I hear and I actually live here unlike the person who said it, of course!

This week, it was the turn of Lord Sugar with his tweet saying:-

“The irony is the North East of England swung the vote to leave the EU. They will be the most effected. I believe Nissan cars will soon be non-competitive to EU customers due to import duty. This will effect jobs in the NE not just at Nissan but at all their subcontractors/suppliers.”

So here we go again, reminding people that Newcastle voted to remain in the European Union (as did the actual city of Durham versus its outer villages). The conversations then usually veer around to – “yeah but you are all Red Wall now though in the North East”. Again, totally untrue – the majority of constituencies in the North East are held by Labour.

In fact, in Tyne and Wear they are ALL Labour (as referred to in my previous article – The North East is NOT Red Wall to Wall Tory). Yes even in Sunderland where there are three Labour MPs – two of which are very outspoken about the negative effects of Brexit on the region.

This is where I do actually agree with Lord Sugar’s tweet – the North East will be the most negatively affected economically by Brexit (as backed up by the Confederation of British Industry). We have known this for years and is one of the reasons North East for Europe has been an active campaigner against it for over five years now.

If any region could be said to be crucial in tipping the EU referendum vote, it would actually be the Midlands with its high percentage of leave votes coupled with a high turnout at the polls. As I always say, Sunderland was nowhere near the highest leave vote but rather their claim to fame is that they announced their result first. These are two different things entirely.

As for Sugar’s comments about the how well Nissan will fare remains to be seen. It is true that the government has certainly had to throw a ridiculous amount of money at it for it to even stay open. This could be seen as a huge waste of tax payers’ money when this was not necessary when we were in the EU (see article – Nissan announcement: a cause for celebration?).

Swindon and some other car manufacturing towns certainly haven’t been this lucky.

I have invited many southern friends to visit me in Newcastle over the years and every single one of them has confessed that their perception of the place had totally been turned on its head. Some even admitted that they had been scared to come up due to a reputation of it being “rough”.

This has not been helped by the gangster films set in the city namely “Get Carter” with Michael Caine and a less successful venture by Sting called “Stormy Monday”! Newcastle, my southern friends had to admit, is a vibrant city which welcomes students from all over the world at its two universities. It is bursting with culture in the form of museums, theatres, and beautiful architecture. The North East has award winning beaches, if not always the weather to match!

Newcastle is indeed a welcoming place and proud to be a ‘City of Sanctuary’. It is also home of several European honorary consuls namely those of Belgium, France, Germany, Latvia, Luxembourg, Romania, Finland, Norway, and Sweden. Indeed, the ‘Swans in Flight’ sculpture at Newcastle Civic Centre represents Denmark, Norway and Finland and the links Newcastle shares with those countries.

A great deal of our local dialect actually comes directly from Scandinavian languages rather than attributing it to ‘lazy English’ as it is often accused of being. For example, Geordies say ‘yem’ or’ hyem’ for home and ‘oot’ for out and so do the Danes and the Norwegians (hjem, ute/ud). Geordies say ‘bairn’ for child and ‘lop’ for flea. The Danes and Norwegians say barn and loppe.

Everyone is guilty of stereotyping sometimes and northerners can certainly also be very guilty of doing it vice versa about people in the south. Let us all, therefore, please stop and think before we come out with lazy stereotypes as they can be most offensive and simply untrue.

Why we had a high infection rate over the summer