A different Lumiere this year, after a very strange and difficult two years. But it did rise like a phoenix and showed us hope and beauty. 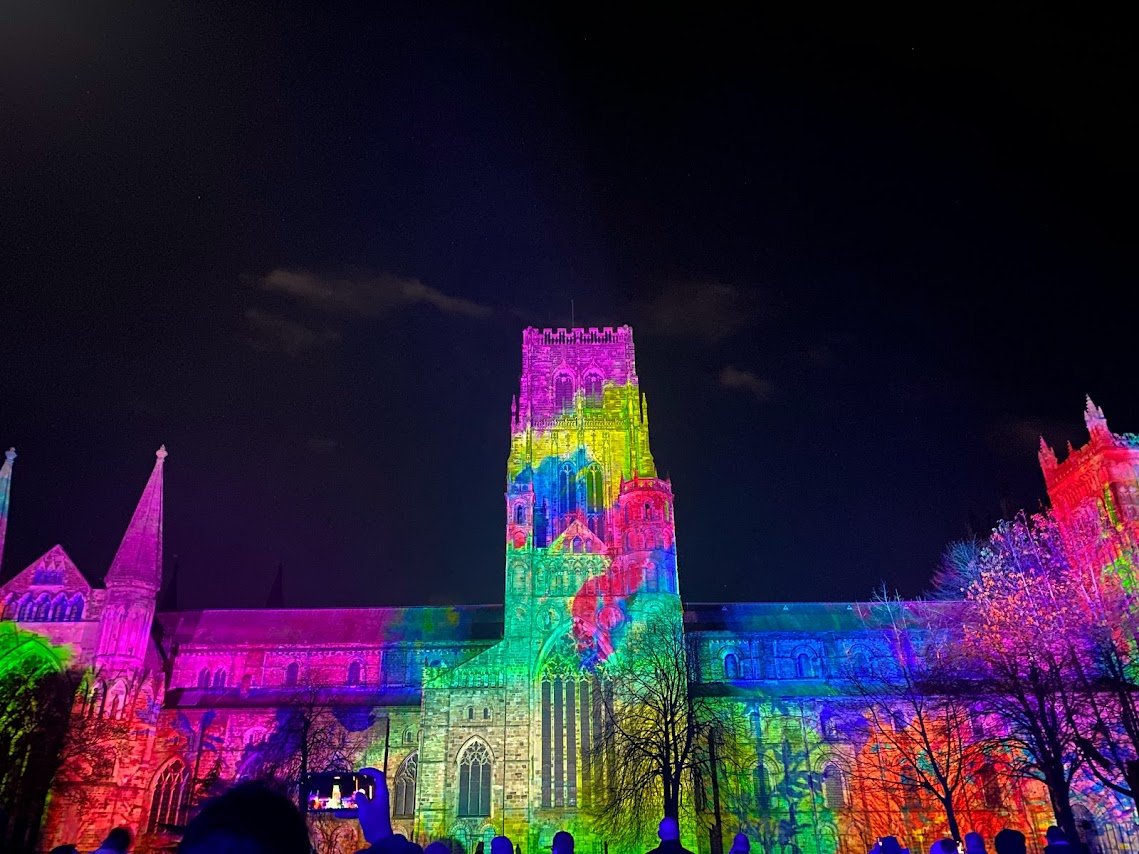 Lumiere in Durham Photo by author

Lumiere, the bi-annual event in Durham City Centre, returned this November. Europe’s largest light festival (in one of the UK’s smallest cities) attracts thousands of tourists, with tickets being free and local businesses taking part. Two years on from its last feature in 2019, there’s been an election, a pandemic that left the world in lockdowns, and the university itself has expanded throughout the city. And yet, Lumiere lived on, remaining unaffected. It’s an outcome that surprised many.

Split into four zones throughout the city, the cathedral and market place were adorned with installations– but unlike previous years, the festival extended throughout the county. Ushaw College and Penshaw Monument were amongst those that were lit up as part of the festival, with each monument a dedication to lives lost to Covid-19.

It was a bittersweet reminder of the changes in the world since the last festival. With the Penshaw Monument using 130,000 lights (to honour the 130,000 dead from the virus) and with the strong themes of hope, resilience, and grief in the artworks, it’s Lumiere’s most poignant display yet, and certainly fitting as it returns to the city.

With the main streets in Durham being closed off to the general public, and access available only to those with tickets, the main square of Durham truly felt magical. Local shops adorned their windows with their lights, even just draped fairy lights or lanterns, the impact Lumiere will have on local businesses is monumental. New bars such as Coviello and Rib N Reef were filled with customers, and food trucks were dotted about the city with a variety of cuisines on offer. Late-night treats were available, with sweeter desserts available at the newly opened Waffle House and Bojangles Coffee House.

The routes took us through parts of the city that visitors or even locals don’t frequent. My favourite installation was the lit-up pavement just near Freeman Quays Leisure Centre- simple but effective, with a slight interactive element as rather than just one artwork on the floor, it fused into different pieces in a cinematic effect. Rather than just walking down the pavement many stopped to watch how the art changed into different forms.

Another highlight was on the grounds just behind the cathedral. After being led through the usually closed walkway of the Chorister School on the North Bailey (which was exciting in itself), the quad was filled with lanterns of iconic worldwide landmarks; the Taj Mahal, London Eye, Notre Dame Cathedral. The ‘City of Light, City of Stories’ was a quieter exhibition and, tying in with the general theme of reflections on the pandemic, a reminder of travel and places that have been inaccessible for the past two years. Also, the houses on the string were very Disney-esque, a sure win for kids.

Of course, the main attraction was the cathedral and it certainly didn’t disappoint. On the facade of the cathedral was ‘In Our Hearts Blind Hope’ a ‘reflection to celebration; from death to rebirth’. Inspired by the Mexican holiday ‘Día de Los Muertos’ it was a moving and touching ode to lives lost but also a celebration of the future. Showing a dragon flying across the Cathedral, butterflies for hope, the rise of the phoenix, and to end with people running and hugging each other, the 12-minute loop brought together the exhibition in a sonically and cohesive theme of remembrance and reunion.

Over 140,000 visited the city during the three-day spectacle. Durham’s bid for City of Culture 2025 will surely be aided by the attraction, despite concerns over student accommodation and the university’s expansion throughout the city slightly marring this hope. In spite of everything, Lumiere surely did rise like the phoenix after such uncertainty.

After such a strange two years, I only wonder what the world will look like or be when Lumiere returns in 2023.

Sam Fender: getting started in Leeds

White Ribbon Day: Tyne and Wear says "No" to violence against women