“Our advice to all business premises and residential properties would be for any magnifying glasses, or mirrors, to be stowed away from direct sunlight." 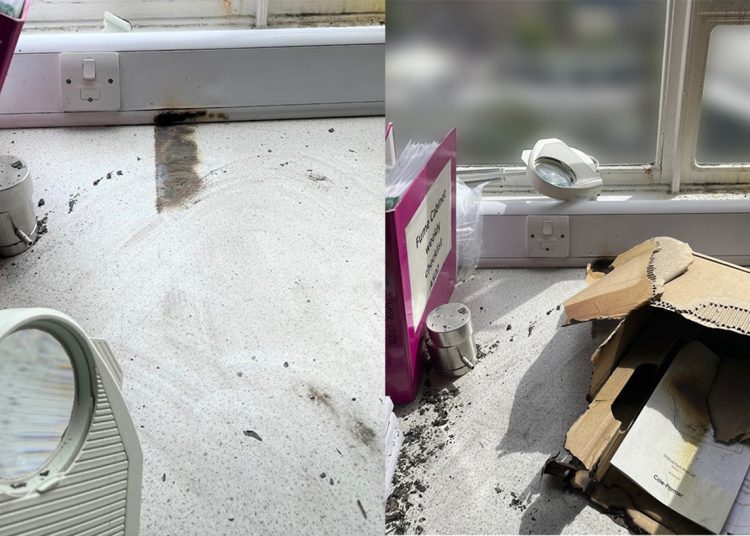 Fire investigators have warned people to be careful with reflective items during hot weather. After responding to a fire at a commercial property in Newcastle city centre, firefighters discovered the unexpected culprit for the accidental blaze was a magnifying glass which had been left on a window sill.

The first of three appliances arrived at the scene in five minutes from the call being made on 18 June. Firefighters from Newcastle Central and Byker Community Fire Stations found a small fire and quickly extinguished it before it could spread. Sunlight had reflected off the magnifying glass, and then concentrated on two cardboard boxes containing a set of plastic scales.

Steven Walker, Red Watch Manager at Newcastle Central Community Fire Station, has said the incident is a timely warning to the public:

“People can sometimes forget the dangers present on a hot summer’s day. In this instance, it was fortunate that our firefighters were quick on to the scene after building staff were alerted to the fire by a smoke alarm.

“Our advice to all business premises and residential properties would be for any magnifying glasses, or mirrors, to be stowed away from direct sunlight.

“Alternatively, lower window blinds if the room is out of use, particularly during summer periods when the risk is greater.”

“The sun can be a very dangerous commodity, that catches people unaware when it comes down to its potential for starting fires.

“If it wasn’t for the building’s smoke alarms our crews may not have been on scene as quickly as they were.”

Make sure you have working smoke alarms

“So, it is also a timely reminder to make sure you have a working alarm fitted. If you don’t then please take action now.”

Our firefighters left the scene after nine minutes of assessing and dealing with the city centre fire. Thankfully nobody was injured during the incident.

If you have any questions you can contact the fire safety team.