The basic idea that this region should take a more active role in the arts is, of course, a good one. 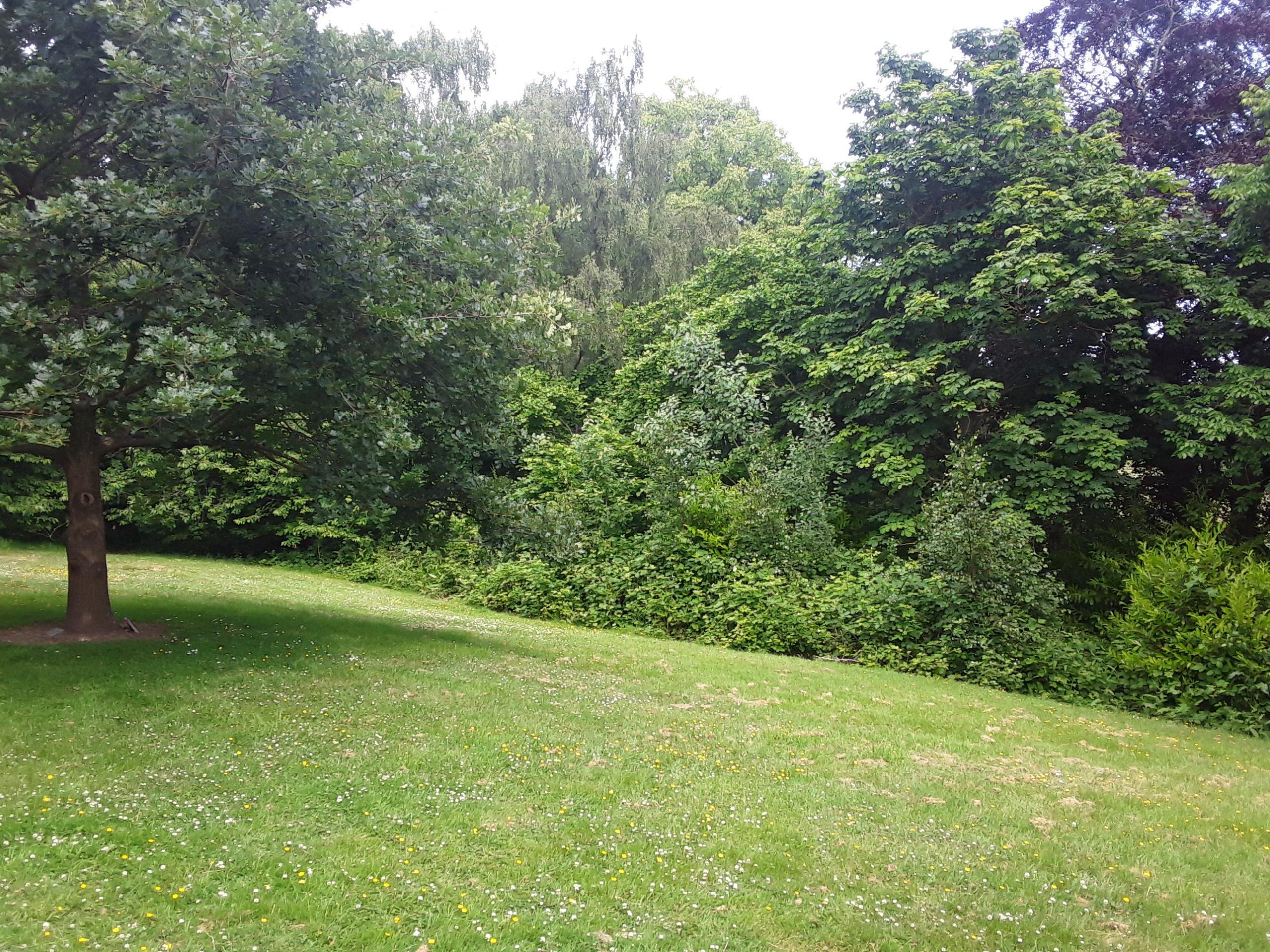 The proposed site of the exhibition centre Photo by Scott Hunter

A bid to create ‘the biggest exhibition centre north of Manchester’ has been unveiled by Stockton MP, Matt Vickers. This is only one part of his plan to ‘level up’ Yarm and Eaglescliffe, by bidding for up to £20 million of levelling up funding from the government. The plans are at an early stage,  he says  and “as soon as the council have a blueprint available it will be for all to see and have a say on.”

He hints that the design will not itself be an exhibit – “the exhibition centre will be tucked away in the corner beside the hall – there will still be loads of green space for the kids and dog walkers!”.

Online support for the exhibition centre?

“Incredible how Preston Park has developed over the years … Whatever attracts cash into the area is positive in my books.”

‘State of the art’ parking and costings of an exhibition centre

The plans go further, as Matt Vickers tells the Gazette  “This exhibition centre will be accompanied by major improvements to Preston Park with state of the art parking, new toilet facilities and a brand spanking new coffee shop.”

Time to investigate a little further.

As he’s mentioned Manchester, it might help to have a look at the Manchester Central Convention Complex. Opened in 1986, at a cost of £20 million, it is the redeveloped former Central Station.  Further renovation took place in 2008 at a cost of £30 million. The hall covers an area of 17,000 m2.

Of course, an exhibition centre doesn’t have to involve the renovation of a historic building, which is fortunate, as there isn’t one to hand in Yarm or Eaglescliffe.  One can be built from scratch, like the one that already exists north of Manchester – the SEC in Glasgow. This was also built in the 1980s, subsequently renovated and expanded at a total cost of £36 million., with total covered space of 23,000 m2.  One of the aims of those who planned this centre was to reclaim disused industrial land on the north bank of the Clyde. But that option isn’t available in Eaglescliffe and Yarm either, which is presumably why a prime parkland location was chosen instead.

Perhaps once the blueprint becomes available there will be some costings, as the evidence from Manchester and Glasgow is that £20 million doesn’t buy you an exhibition centre these days. And, of course, there isn’t even £20 million in the pot, because the cost of the new toilets, a brand spanking new coffee shop and state of the art parking plus a few other things have to be deducted from that.

Then there’s the matter of what he thinks should be in this exhibition centre.  It should, he says, be  “attracting internationally acclaimed art exhibitions”. That’s ambitious, given that the region has no history of staging exhibitions of that kind, so the expertise required to set that up would have to be brought in from elsewhere. And given that the borough has a museum collection that lacks the facilities to display (the Spence collection), he will need to justify to the public why he is putting forward this bold new plan, while not offering any solution to the pre-existing problem that requires a funding commitment.

The basic idea that this region should take a more active role in the arts is, of course, a good one, but it’s not at all clear whether Matt Vickers has any idea about how to go about doing that. You just can’t help but wonder if the announcement is intended to do something other promote this manifestly unrealistic plan. Perhaps the real intention is simply to promote Matt Vickers.

After all, Thornaby has recently been awarded funding, as has Stockton. It’s amazing just how much Rishi Sunak’s former election agent has been able to pull in to his constituency since December 2019. And a  bit of publicity doesn’t cost much, does it? Except that these plans are drawn up by council officials, who have to be paid even when their time is being wasted.

‘Levelling up’ and ‘countless jobs’

The bid does, however, reveal something about how this government sees ‘levelling up’. There is no strategy to it, just a pot of money from which lucky councils can obtain windfall funding for projects.  And always the suspicion that the award of funding is determined by something other than the merits of the project itself. The MP gets in the paper yelling ‘Levelling up’ and ‘countless jobs’, and is enthusiastically supported on social media, sometimes by generic right-wing propagandists who, like Gillian Celia Barnes, turn up not infrequently  in the comments section on Vickers’ FB page. If the project doesn’t materialise, Gillian will never know, because she’s never been here, and probably never will.

But whether or not this project ever sees the light of day, it is nonetheless the shape of things to come.  Some projects like this will be realised – white elephant projects backed by public money to achieve political ends.  Concrete and car park projects.

Outside of major conurbations, galleries and exhibition centres, in order to be successful, need to be anchored. The Hepworth Gallery in Wakefield is an example of a development where the location was integral to the project, and it attracts large numbers of visitors. Vickers wants an exhibition centre but he doesn’t know what for. He knows that the jobs are ‘countless’ because  facilities like this  tend to rely heavily on casual workers (Manchester has 125 permanent staff and the rest are hired on a casual basis).

Every Picture Tells a Story

The announcement to the press didn’t quite go according to plan. Sadly for Vickers, the Gazette, instead of putting up a picture of his smiling face, put up a picture of the lawn in front of Preston Hall, and he was left with the job of posting on his FB page to explain that this was not going to be concreted over as part of the development. Win some, lose some.