Promoting education with the benefits that brings...can steer people away from extremism and violent or organised crime. 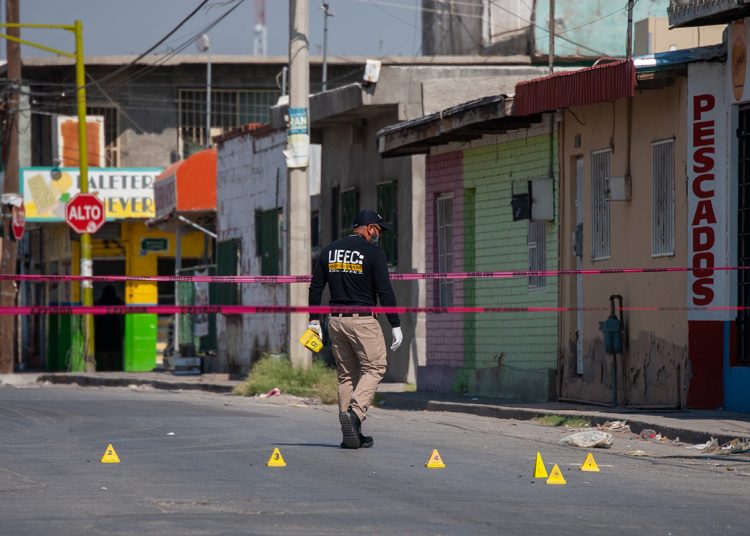 Juárez, Chihuahua, Mexico, 08-06-2021 A man was shot to death in the streets of Juárez, the experts work at the crime scene. Photo by David Peinado Romero from shutterstock

In Mexico an average of 94 people were murdered every day in 2021, an increase of 76% since 2015, demonstrating a rapid rise in killings across the country. Understandably, researchers and government officials are urgently looking for ways to bring down this number down. The rise in deaths is largely due to Mexico’s drug wars from 2006 onwards. Now, 35,000 people are murdered each year.

The answer might lie in the past. Before the beginning of the drug war, when the government tasked the army with confronting the cartels, Mexico had experienced a long-term reduction in the homicide rate of around 90% between 1940 and 2005. To find an explanation for this significant decline, my Mexico-based collaborator Pérez Ricart and I collected available and comparable data from the national censuses for the years from 1950 to 2005.

We published the results earlier this year in a paper for the Journal of Crime and Justice. Our findings show that Mexico was going through two historical processes other countries have also experienced after conflict – in Mexico’s case, this was the years following the revolution from 1910 to 1920 when the country experienced a long period of domestic reform and development and transitioned to a more peaceful society.

Usually when a country goes through massive population expansion and urbanisation, violent crime also grows. But we found the opposite. And, interestingly, despite the population increases and considerable extra investment in public services, there was no significant territorial presence increase of police forces for law enforcement.

So, why did homicide rates decline? After looking at a range of socioeconomic and state capacity data, we found that the increase in schooling years of the population – from an average of less than one year to eight years – seemed to be the leading cause.

Not even the chaotic urbanisation, a relatively young population (under 29s represented 68.94% of the population in 1950, rising to to 71.27% in 1980), and high unemployment in periods of economic crisis in 1976 and 1994, stopped this decline in homicide rates. Of course, in some Mexican states it declined quicker than others. For example, Mexico City had less than seven homicides per 100,000 inhabitants since the 1960s while Chihuahua had almost 20 in the same period.

The expansion of schooling in Mexico was an extraordinary achievement of the post-revolutionary Mexican government, which required that every municipality in Mexico had (and still has) access to a public school. Most people in Mexico now attend school for at least ten years – meaning that all citizens achieve primary schooling and the majority attend secondary school, but most do not complete years 10 to 12.

In Europe and Asia in post-war periods the decline of homicide rates has been attributed to the strength of the legal system and law enforcement. Latin America tends to be different: historically, many countries in this region have been unstable and economically weak – passing through continuous cycles of civil wars as a result. Which means the rule of law was difficult to establish, feeding into homicide rates.

Mexico is an example of how a state can establish practices and institutions capable of reducing violence differently: through development. In Mexico’s case, this was by opening schools – more than 200,000 by the end of the year 2000 according to the Secretariat of Education.

The renowned sociologist Michael Mann calls this “infrastructural power” – the idea of influencing the conduct of citizens and communities in diverse regions and territories through social policy. Mexico’s governments might have struggled to reach every region of the vast country with its army or police forces, but it managed to do so with teachers.

Educating for a peaceful society

So how does schooling reduce violence? It’s difficult to know in Mexico’s case, as the only data is at national level. But there are some scholarly ideas that are worth examining that could help explain.

The first comes from criminology and is known as “control theory” : the idea that schools, families and churches are institutions that can keep behaviour in check. Another is “social disorganisation theory” also formulated in criminology, meaning schools provide life pathways away from crime, particularly violent crime. The third is cultural: school transmits peaceful values and habits. According to criminologist Manuel Eisner and sociologist Norbert Elias, these are “civilisational values” necessary for equipping young people to be part of a functioning society.

There are examples of this from other countries. In England, for example, in the 18th century more widespread rates of schooling correlated with the decline of armed duels. In Chile after the 1859 civil war the state expanded primary schooling in rebel provinces – not as a concession but to teach pupils obedience and respect for authority.

In Mexico’s case, the lawlessness that has in recent years accompanied the drug wars has caused a sharp increase in homicides again. But the authorities should learn from the country’s historical success in bringing down violence through education. Mexico has succeeded in establishing universal primary education – but now needs to encourage and expand access to years 10 to 12 for pupils from the ages of 15 to 18.

The main principle here is that a peaceful society does not depend solely on political processes such as prohibition and/or punishment. Promoting education with the benefits that brings, such as the opportunity to get more highly skilled jobs and improve one’s income, can steer people away from extremism and violent or organised crime. It has worked before for Mexico – perhaps it’s time the government gave this approach some serious consideration. 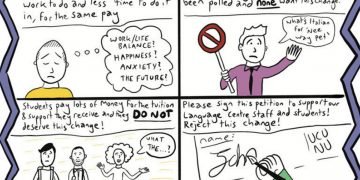 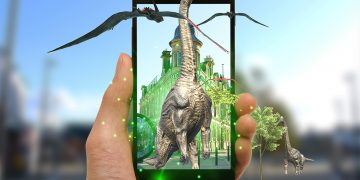