And his audience at conference probably don’t really have much idea where the Tees Valley is anyway. 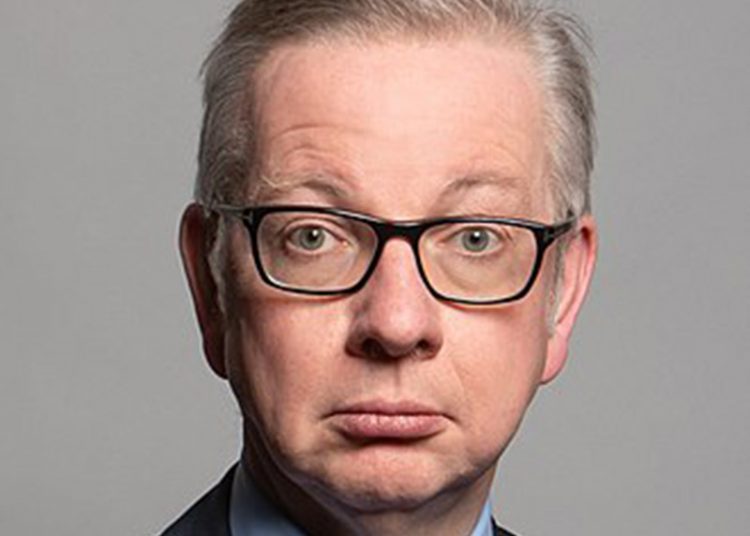 Michael Gove visited the site of the South Tees Development Corporation in late September. When he spoke of that experience at the to the party faithful on Monday, many may have been enthralled by what he had to say. Many on Teesside, meanwhile, were left absolutely speechless.

It appears that anyone looking for a perfect example of ‘levelling up’ in action need go no further than the Tees Valley. We’ll come on to what exactly there is to see here in a moment.

But first, in the words of Gove:

“… and see levelling-up in reality….

He is bringing tens of thousands of new, high-paying jobs to the area….

…to give many more a better life.

He is changing the face of transport and further education….

…. to ensure services work better for all….

…. and especially those who’ve been overlooked in the past. *

And he’s changing the face of Darlington, Stockton, Middlesbrough, Redcar and Hartlepool ….with new businesses and brighter high streets….

….giving those towns their pride back.

….neglected for decades under Labour….

… by the CONSERVATIVE LEADERSHIP….

Job done. It makes you wonder where exactly Ben Houchen took him on his visit. And for that, you need look no further than the Gazette, which reported on 24 September that Gove had visited the places on the Teesworks site where “major projects [are] being developed … such as Net Zero Teesside’s carbon capture, utilisation and storage power plant”. The report continues “[t]hey also visited the site of GE Renewable Energy’s mammoth wind turbine blade manufacturing facility”

A thorough search of our photo archives revealed that we have no picture of the carbon capture, utilisation and storage power plant, but we do have one of the site of GE Renewable Energy’s mammoth wind turbine blade manufacturing facility, which on 18 September, six days before his visit, looked like this (and, for what it’s worth, the NZT site looks much the same but without the grass):

While he was there he will no doubt have noticed that the Dorman Long Tower, a few hundred yards from this point, had already been regenerated:

“He [Houchen] has been an economic wonder worker. Teesworks is like an English field of dreams, he has built it and they have come.

“”You’ve got GE, you’ve got other companies who are providing high value jobs here, an expectation of 30,000 jobs with people earning significantly above the UK average wage.”

Houchen clearly omitted to mention that nothing has been built on the Teesworks site, that in fact it is in the demolition and reclamation phase, which is scheduled to last five years. Did they tell Gove that the decontamination work is scheduled to last five years? Or that significant areas within the site have the highest level COMAH status on account of the degree of contamination?

As for actual employment at Teesworks in the revived and regenerated Tees Valley, the Corporation’s website gives it currently as,

Although we have to admit we are a little in the dark as to precisely what is meant by ‘jobs unlocked’.

Is that the total number of new jobs created since the Corporation was created?  Does it include the people employed by the South Tees Site Company for keepsafe work?  Does it even really mean that there are now 775 people employed on the site?

Does Michael Gove know the answer?

There seems to have been a little confusion over numbers during the visit, as Redcar MP, Jacob Young, is quoted in the same article as saying, “ it is the centre of the UK’s largest freeport, with a plan to create 18,000 jobs over the next five years”, as opposed to the 30,000 in Gove’s field of dreams.

We can’t help but notice that Young is also a little more cautious than Gove about the wages that Teesside workers of the future will be earning in the jobs that are yet to be created and fails to observe that these will be above the UK average. This may be an example of Young’s prudence, given that, other than Net Zero Teesside and GE, no other companies have yet been named as  tenants on the Teesworks site (unless you include Highfield Environmental who already operate a landfill site just next to where the GE Gigafactory is to be built).

So, how Gove knows how much workers will be earning in the jobs of his dreams is for him to answer.

To return to his conference speech, there is the matter of Houchen ‘changing the face of transport We feel these are especially pertinent in a week when we have reported on Houchen furiously backpedalling on commitments to regenerate Teesside Airport.

And as for ‘further education’, is that to do with his management of the devolved budget for adult education?  Is that what Gove is referring to?  Is that the budget that, as we also revealed this week, is being used for the benefit of at least one his donors?

And, to return to the issue of the redevelopment work at Teesworks, did Houchen tell Gove just how little of the revenue of the site will be retained by the Corporation once all the joint venture partners he is signing up have received their cut?

Would Gove even compute these facts even if they were presented to him?

Gove, in the field of dreams, only sees what he wants to see.

And his audience at conference probably don’t really have much idea where the Tees Valley is anyway.