A new ruling coalition of Tories and Independents has taken over Middlesbrough Borough Council. 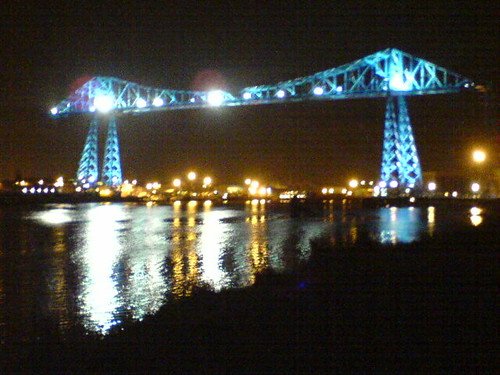 Independents and Conservatives on Middlesbrough Council have been accused of forming a “coalition” when they jointly returned a slate of nominees for Committee Chairs at the Council’s AGM on 26th May. The Chairs elected were all male and  white.

Only one Labour councillor,  David Branson,  was elected as a Committee Chair – for the Corporate Health and Safety Committee. The rest were Conservatives or Independents.

The Council is currently under No Overall Control and there is at present no formal Conservative-Independent coalition but voting at the AGM showed a tightly orchestrated voting pattern against all but one of the Labour nominees for key committee positions.

A video of the proceedings shows Tory and Independent councillors to the left of the screen voting against Labour nominees en bloc.

The alliance of 28 seats leaves Labour, the largest party, out in the cold.

An earlier agenda item was a report recommending that allocations of councillors to committees should be in proportion to the numerical strength of  their party or group on the Council.

Scandals past and present in Middlesbrough

The new alliance’s  majority of ten seats allows it to weather past and present scandals.

In April, Jon Rathmell, Independent Councillor for the leafy outer-suburb of Nunthorpe, admitted to Misconduct In Public Office at Teesside Crown Court the misrepresentation of emails and a payment of £1,500 at Nunthorpe Community Council in 2018 and 2019. An ex-Leader of the Middlesbrough Independent Councillors Association, Rathmell’s prosecution on criminal fraud charges will not be pursued. Rathmell has now been given a conditional discharge.

Other posts he shared claimed that white children were being groomed and raped and that migrants in “rubber dinghies” were “fast tracked” for housing and benefits.

In 2019 it was revealed that Independent Councillor Lee Garvey had made anti-semitic comments on social media in 2015 when he was a Labour councillor. They included “Watch any US sitcom or show, you will find the vast majority have at least one Jewish character…when they make up 2.2% of the population?” (3)

A more pressing event since the 6 May election for Middlesbrough Independent Mayor, Andy Preston has been the walk-out of five members of his executive team. They are all Independents, and so this leaves meetings inquorate and the town in gridlock. The councillors complain in a letter of the Mayor’s “persistent poor conduct and misbehaviour”. The allegations include running up council costs of over £600,000 without official approval and hiring a friend outside due process. Mayor Preston has referred the allegations to the police.

Tory manifesto with only three Tories?

Apart from its colourful representatives the council faces an ongoing dilemma. Neither Independent group registered with the Electoral Commission as a political party. Their members are more keen on claiming they are apolitical than in presenting a coherent policy agenda that a party manifesto would bring. With that gaping hole in direction, will Middlesbrough be run according to the Conservative Party Manifesto with just three Tory councillors?

You can read more from Julia Mazza here.