Eton, Middlesbrough and a 'woke' headmaster...

by David Walsh
in Teesside 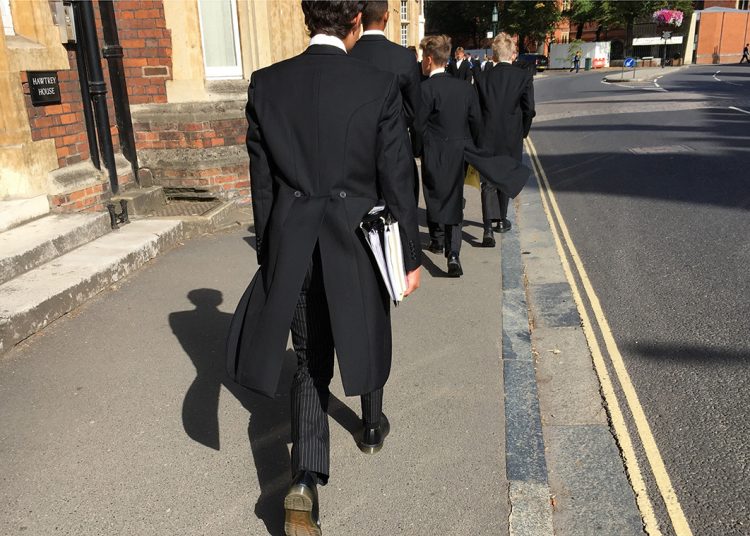 Over the last couple of months, I have chronicled what seems to be the unstoppable momentum of the seeming colonisation of Teesside’s further education by elite Eton College in partnership with an ambitious non-local multi-academy schools trust. Since the last piece the project has, despite the opposition of the whole of the Teesside post-16 advanced and vocational sector, carried on, unabashed by this rejection of this cuckoo in a local nest, secure that Eton has the implicit approval of the ‘great and the good’ in the places that matter – London SW1 and Oxford and Cambridge, which seem to be connected to Eton by invisible umbilical cords.

But now, just as everything seemed poised for the formal rejection of the Teesside colleges’ pleas and the even more formal signing of the order, a sprag has been put under the wheels of the Eton post-chase – and from within the college itself.

All was revealed in a long piece in the Times last week (alas, behind a paywall). Seems Boris’s and David Cameron’s forcing house is having its own version of a “Porterhouse Blue” power struggle brewing up, involving a threat to Eton headmaster, Simon Henderson who is seen by many as too sympathetic to liberal concerns, red blooded teaching staff who want him gone and Eton’s current crop of students who are echoing some frightening (to me at least) social attitudes.

The epicentre of this battle is on exactly who will be acceptable as the new provost (in plain English, the Chair of the Governing Body.) As The Times said, “selecting the new Provost of Eton College has been a procedure steeped in almost as much secrecy as the appointment of a Pope.”

Given his age it is anticipated that Lord (William) Waldegrave, the current provost, will soon step down after 11 years and prompt the battle for his successor in what is expected to be a bitterly fought appointment.

As the £42,000-a-year school endures one of the most controversial periods in its history, it has led some to describe the election, which will be approved by the Queen, as the “battle for Eton’s soul”. So The Times speculates, in a fascinating peek at a world far removed from 99.9% of us, “there are even those who believe Boris Johnson, an Old Etonian, could intervene and exercise his power to advise the monarch on the appointment.”

A referendum on a ‘woke’ headmaster

It continued: “In recent years the most famous school in the world has found itself at the centre of a fiercely contested dispute between its avant-garde headmaster and the more traditionalist members of the Eton fraternity. There are concerns the vote for the new provost could be hijacked and turned into a referendum on the headmaster, Simon Henderson, nicknamed ‘Trendy Hendy’ for introducing several initiatives described as ‘[woke’”.

Henderson has courted controversy since taking over at the school in 2015 at the age of 39, the youngest headmaster in its history.

“He defended his position in 2020 after the sacking of a teacher who refused to remove a controversial video from the internet. Will Knowland, an English master, posted a video on YouTube which argued that patriarchy was grounded in biology[R1] .”

This provoked a row about free speech bringing out the usual right-wing talking heads, Toby Young, Farage and Laurence Fox. An Eton master resigned from his role in charge of the course Knowland was teaching in protest at the sacking. The Times continued:

“Henderson has been accused of imposing politically correct obsessions upon Eton with initiatives on feminism, Black Lives Matter, the gender pay-gap, decolonising the curriculum and transgender issues.”

Henderson’s reforms caused staff allegedly to approach the Bishop of Lincoln to intervene, under a “Visitor of Eton”rule that dates back to the school’s foundation and that allows a chosen senior prelate to mediate conflicts within it.

This was thought to be the first time the rule had been initiated in 200 years. However, in the week before last, a totally separate matter led to the first recorded mass demonstration by senior Eton students. So what was the issue? The quality of education? The curriculum? The price of Walnut Whips in the tuck shop? No. It was over yet another totem of the aristocratic right – fox hunting.

Boys, it is alleged, have staged several protests after the retirement of Stephen Bachelor, the school’s hunt master. The school’s beagles, kept on the grounds since 1858, were given to a local hunting society because a replacement huntmaster had not been appointed. After the protest the school gave in and promised to return the hounds. The Daily Mail covered this mini-me insurrection in some detail including some ‘samizdat’ style TikTok filming of the boys staging what it called a “Leggit” rally outside the Head’s office. As with The Times report, no-one puts their name to allegations being made, all are “friends of friends” – useful media grooming for a life on an upward course to the Cabinet Chamber Room. Some profess shock at the Head’s appearance, one saying:

“He is said to wear chino trousers and open-necked shirts, [and] has previously suggested getting rid of Eton’s traditional tailcoats and is said to want to change perceptions of it as an ‘old fashioned pillar of social and male elitism’.”

Another ‘friend of a friend’ was quoted as saying (the horror) that Mr Henderson was “capitulating to the plagues of liberal society in 2020 where intolerance is dressed up as tolerance, bullying is cloaked by moral self-righteousness, and there’s a less-than-critical acceptance of the doctrines of radical political movements.”

Now the knives are out, blood is in the water and the sharks of the Governing Body are circling. The current cohort of governing board members could scarcely be more distinguished, composed of, amongst others, a duchess, a justice of the Supreme Court, and a peer in the House of Lords. A report in The Spectator from yet another friend of a friend claims two candidates are leading the running to replace him — Sir Mark Lyall Grant, a former National Security Adviser, regarded as “the Waldegrave candidate”, and Sir Geoffrey Adams, recently retired as the ambassador to Egypt.

Another source insisted that the philanthropist Princess Antonia Wellesley, the Duchess of Wellington, a long-standing board member, had previously expressed an interest in the role, though Waldegrave was thought to be “terrified” of her. If she did come through however, expect some not so discreet bloodletting in the panelled committee rooms. One could expect no less from someone who, on her father’s side, was a great-granddaughter of Kaiser Wilhelm II, and a great-great-great-granddaughter of Queen Victoria.

And where is Middlesbrough in all this? If Eton sinks into succession quagmires, firstly over the provostship and – from that – over a new headmaster more in the traditional mode, with less interest in social engineering but far more in imperial history, beagling and the wall game, then elements like the ‘Middlesbrough partnership’ are plum targets for review and to end up in the long grass bordering the school playing fields – the same playing fields that Wellington was held to declare “won the Battle of Waterloo”.  No doubt all will be 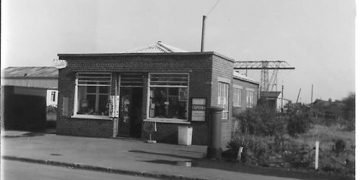 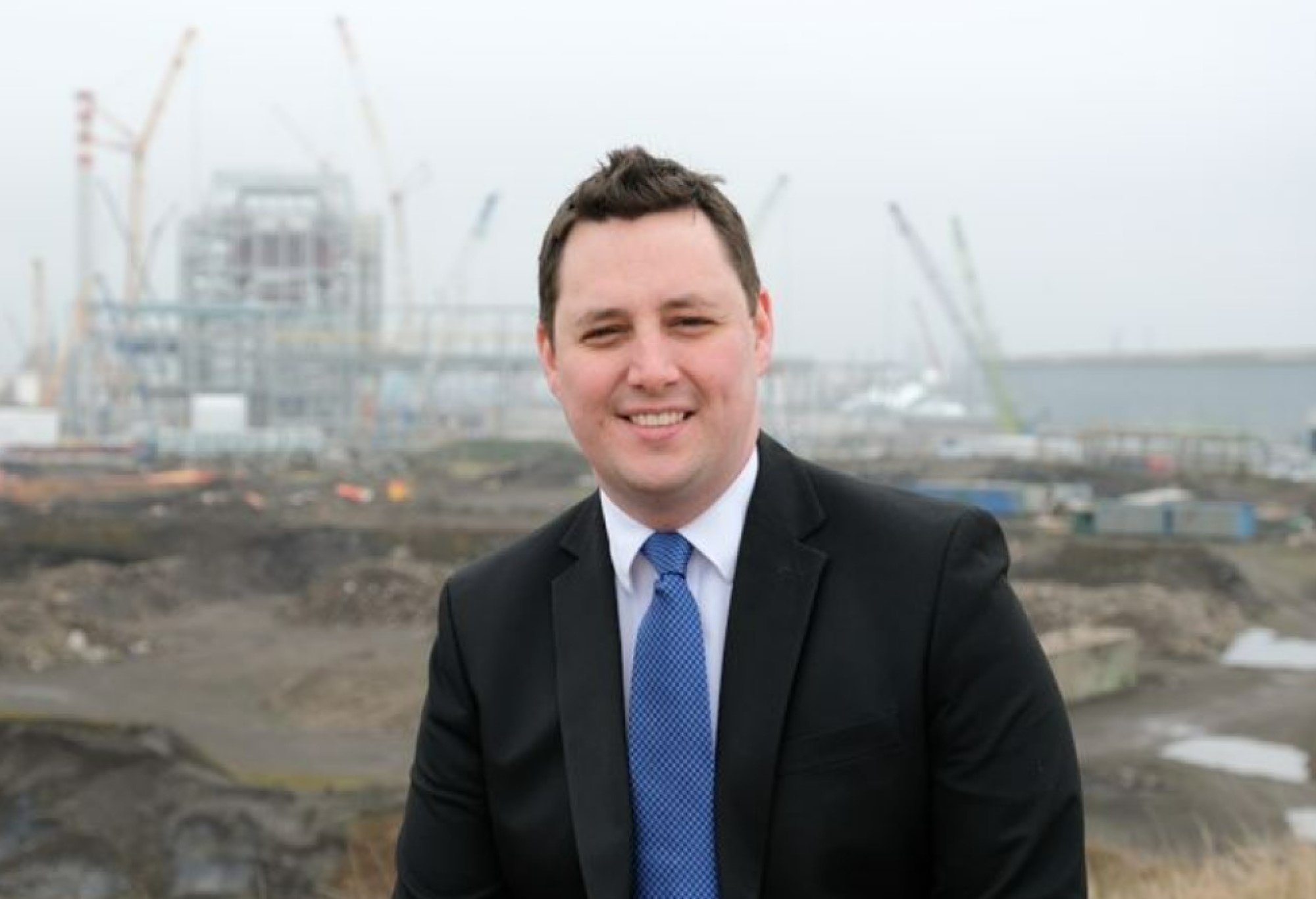