Is this acceptable behaviour from a man elected to serve his country? 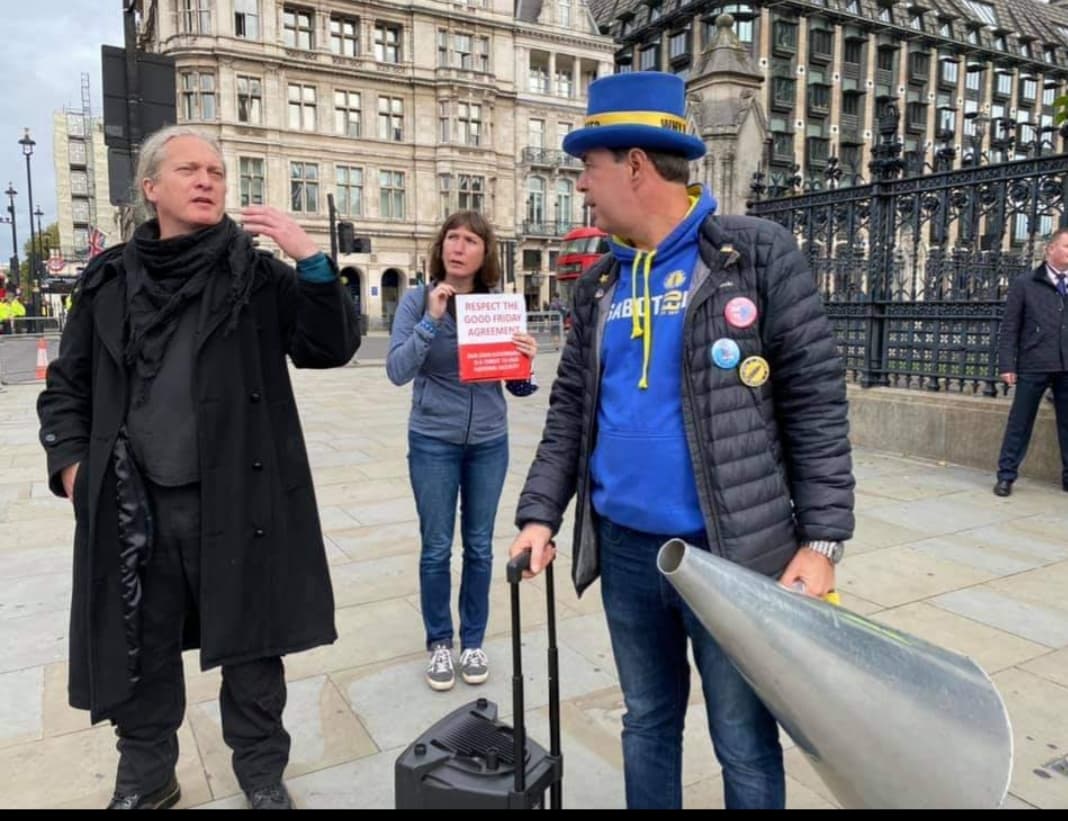 On Wednesday October 1st, for the first time, in a long while, I went into London to protest. This time it was against the lawbreaking of the current government. I duly observed all Covid-19 measures and joined Steven Bray with his band of protesters outside parliament for Prime Ministers Questions. Despite our anger with the government, the mood was positive and music blared out across the square.

As usual, we were not alone (protest is exempt from the COVID-19 government rules). There were the usual few from the far right and there was a group of anti-vaxxers including Piers Corbyn on Parliament Square, sharing hugs and promoting herd immunity. On this day there was also a bevy of pantomime dames, protesting about how Sunak’s latest plan was leaving out a lot of those involved in the Arts. In addition there were a few from XR and, of course, the police ensuring all groups were kept at a safe distance from one another. Quite an eclectic bunch!

After question time, Steven decided to take a stroll to College Green to see if it was possible to catch the Prime Minister leaving Parliament by the back entrance. We thought we might be in luck, as we were followed by a lot of police. As we were walking along, we encountered Robert Alexander Stewart, Tory MP for Beckenham. Steven took the opportunity to regale him through his megaphone pertinently asking if it was okay to rob banks in a ‘specific and limited way’ for instance, just to take say a tenner? This elected servant retorted by calling Steve a ‘peasant’, and by inference the rest of us were ‘peasants‘ too. The upper classes may be freely allowed to shoot pheasants in any number they please at the moment, but it does not give them the right to call anyone a peasant in my opinion.

Is this acceptable behaviour from a man elected to serve his country? The use of the word speaks volumes and does have at least a hint of feudalism. It demonstrates exactly how some of the elite, public school educated, think of the general public.

I realise that Steven Bray may not be everyone’s cup of tea. Like marmite, folk probably love or hate him. However, he and those with him, would not brave all weathers persistently to protest, if they did not believe passionately that they have been conned into a No Deal Brexit disaster. It is also our democratic right to protest.

The promises we were sold at the time of the referendum have not come to pass and many, such as Gove and Johnson have completely backtracked. Furthermore, recent polls show that the country has changed its mind somewhat on Brexit. The government certainly has no mandate for a No Deal Brexit.

Parliament is being side-lined. The current speaker may be no Bercow but he strongly denounced the government this week. Although the legislation was overwhelmingly voted in yesterday for the government to continue to take measures as they see fit during the pandemic, this was largely due to Hancock’s conciliatory comments to the House. I hope that he will stay true to his word. So, yesterday, we were exercising our democratic right to protest and a MP called us peasants in the centre of London! Unfortunately, although we all heard the insult it was not recorded, otherwise we might find ourselves in the realms of the debacle of Andrew Mitchel’s ‘Plebgate’. Indeed, one could argue that ‘peasant’ is a more pejorative term.  I for one am not a ‘small farmer or labourer of low social rank’. Even if I were, for a politician to refer publicly to me as that is totally unacceptable. Politicians are our servants, not our lords and masters!