Mo Mowlam and Labour’s own Game of Thrones

Mo Mowlam and the "whispering campaign" against her during her time as Northern Ireland Secretary. Who was responsible? 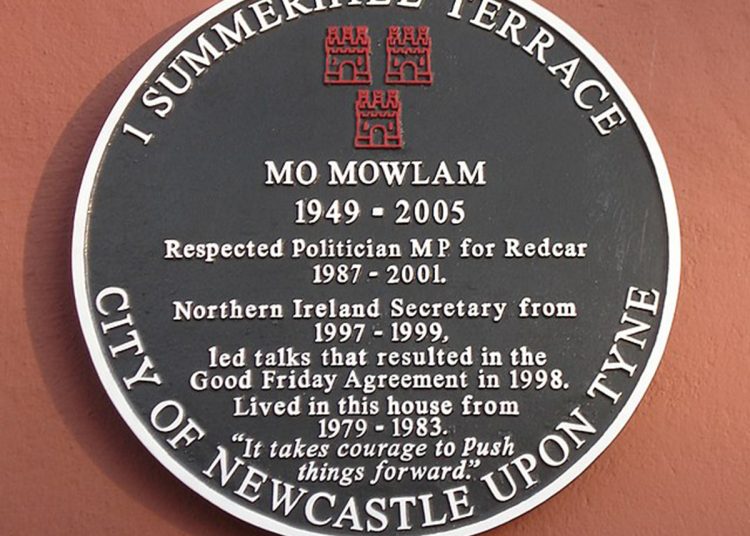 At the beginning of every January there is the little ritual – now only reported in the ‘serious’ press, such is the degradation of UK journalism – of the opening of the state archives in Kew. At one time this was strictly a ’30 year rule’ affair, but in recent years (and symbolising the slow decline of the UK as a powerful unitary state), that has been relaxed into a 25 and 20 year barrier. Hardly noticed on this side of the Irish Sea, a similar matching process takes place in the austere if functional offices of the Irish National Archive on Bishop Street in Dublin. But this year there was one Irish release that deserved attention here. However, we are so insular now, that to my knowledge it was not recorded.

It has regional interests for us here too. It involves three Labour MPs formerly sitting in North East seats, and not just backbenchers either – they were three people at the apex of state power in the years from 1997 to around 2003.

Mo Mowlam and a “whispering campaign”

Here’s the story as told here by Irish state broadcaster RTE. It seems senior civil servants and Irish diplomats in London were concerned about a whispering campaign to undermine Mo Mowlam, the Redcar MP, in her early months as Secretary of State for Northern Ireland.  A series of articles in UK newspapers were planted and “designed to present her in an unflattering light”, claimed Irish Ambassador Ted Barrington in a July 1997 letter to the Department of Foreign Affairs in Dublin.

“The whispering campaign is focused, sustained and sinister,” wrote Mr Barrington, a career diplomat. A handwritten note on the letter added that it was “a worrying campaign” that did not serve Irish interests. The Irish officials wrote that, along with leaks from the Northern Ireland Office (NIO) in Belfast, they added up to:

“a campaign to undermine her self-confidence as well as her standing and authority in government and in Northern Ireland. The evidence suggests that forces within the NIO who are unsympathetic to her style and outlook are combining with pro-Unionist sections of the London media.”

When Dr Mowlam was appointed Northern Ireland Secretary in May 1997, an Irish Government briefing note mentioned her medical problems – she had undergone radiotherapy that January on a brain tumour; cancer was to cause her death in 2005. The note stated that she had been:

“advised by her doctors to build in rest periods during the day, and to reduce the punishing workload she previously imposed on herself.”

This was hardly news to those of us on Teesside who were close to her; it is, after all, difficult to hide such things. But team loyalty meant what was said in a room stayed in that room.

But such comments in official diplomatic government documents were bad enough; it was far more serious when questions were raised about her health in the media, and answers were ‘supplied’ by people who – put simply – didn’t have her interests at heart.

Lack of sympathy with her style

Ambassador Barrington said it was difficult to be certain who was behind the campaign against her:

“The evidence suggests that forces within the NIO who are unsympathetic to her style and outlook are combining with pro-Unionist sections of the London media to create the image of a Secretary of State who is not on top of the job, who lacks authority, and whose health is in question.”

“Not long after her appointment Paul Bew, of Queen’s University, a historian, once of the left but now firmly working for the Unionist camp, spoke to me about Mowlam’s lack of knowledge of the lexicon of Anglo-Irish relations, her garrulousness and her propensity to put her foot in it.”

The Ambassador said the remarks were made at a high level conference in London in the presence of others and he “felt obliged to defend the Secretary of State”. He did point out that Ulster Unionist Party leader David Trimble had not criticised Mowlam in his presence, and instead “reserves his fire for current and past members of the Irish Government”.

Barrington said he could not think of any other member of the Labour government who had had to endure a similar attack. He said that Peter Mandelson, then the Hartlepool MP and Mowlam’s successor as Northern Ireland Secretary, was criticised, and was “the subject of more gossip than most”, but articles about him were invariably written from “a position of grudging and fearful respect” and that “There would appear to be growing strains between Mowlam and Downing Street”.

He said that the Blair government was enjoying a honeymoon, but “questioned” (not that it needed an answer) if Mowlam was receiving the “full backing” of the government machine, the PR spinners, her ministerial colleagues and her department.

“Someone who was involved in the process over the past months asked me ruefully how it is that when things go right it is the Prime Minister that gets the profile; and when things go wrong or are dodgy it is the Secretary of State?”

There were concerns that Mo Mowlam had not yet developed an effective working relationship with officials in the NIO:

The Ambassador said he was also struck by Mowlam’s private secretary, Helen Jackson (then a Sheffield MP), asking that Irish officials offer the secretary of state “private friendship and public support”. “It was a strange appeal that really only makes sense if Mowlam is under the kinds of internal pressure that we suspect,” wrote Ambassador Barrington.

He added that Mowlam:

“is resilient and tough, and capable of shrugging off attacks on her from the media. But if these represent a deeper movement within Party or Government circles, she may face an even more difficult time ahead than she expected.”

The Irish officials believed Mowlam took up her position better prepared than most of her predecessors and with “a more thorough appreciation of the Irish Government’s position”.

“I believe she is sympathetic to a settlement that would suit our interests in terms of the protection of the rights of the Nationalist community and North-South cooperation. These indeed may well be the reasons why she has come under attack.

“Her opponents may calculate that, even if they do not succeed in having her removed or reshuffled, their criticisms will have the effect of undermining her authority and judgement…”.

They did succeed and indeed, I believe worsened her physical condition in the process.  A person very close to Mo said to me recently:

“She told me there was a lot of concern about her appointment amongst the NI establishment. Considered to be too unconventional. Of course, she was frightened of her own shadow much of the time in NI. Always thought Blair and Co were out to get her. She was very guarded about everything then.”

That source’s comments were strengthened by a memory from Declan Kelly, then a high ranking civil servant in the Irish Dept of Foreign Affairs who was sitting outside the room during an afternoon of high level and intensive talks leading up to the Good Friday Agreement:

“Mowlam walks out of the room. Plops herself down beside him. Takes off her wig (the chemo). Scratches her scalp. Rearranges her wig. Turns to him and says with utmost exasperation ‘Them f****** Unionists!’. Then returned to the talks.”

“The Unionists hated her because she had their number and wouldn’t tolerate their sh***. Drove them absolutely bonkers. If Blair ever did anything worthwhile, it was standing by Mowlam while the Unionists howled.”

So who stuck the silver handled stiletto in Mo’s back? Dublin based veteran reporter and commentator, Finnuala O’Connor had no hesitation. Her removal from office in Stormont she says in an extended essay “Cast Out by Original Spin” was:

“as a result of the turn of the century power broking between our third NE politician, Tony Blair, and the Ulster Unionist High Command led at that time by the ‘nice cop’, David Trimble and the ‘very nasty cop” his gofer, Ken McGinnis”.

As with the assassination of Caesar the identity of the knife wielder is hidden behind silk curtains, but O’Connor has no hesitation in naming and shaming Mandelson (not that Peter ever feels shame)…Her essay is too long to be even partly rehearsed here; but it can be read in full on Google.

I suspect that even before Northern Ireland had swum into his consciousness, his dislike of Mo was serial. They were simply of a different species. She was everything that was anathema to him; gregarious, noisy (a fatal flaw for the ultra-fastidious Peter) a believer in ‘popular politics’, a woman with a messy past she never attempted to hide, and someone who would be equally at home with the left as with the right in Labour’s broad church – equally able to mix it with the NUM as with the New Statesman.

I knew Mo from when she came to the North East and who after leaving Durham University in the mid 70s managed to find a non-tenured teaching post at Newcastle University through the good offices of writer Ben Pimlott. The NE then as now was a small world and it was clear from the outset she was going to use the economic self-sufficiency her university post gave to land a Commons seat – any seat – and she eventually did, in Redcar, replacing the septuagenarian and thoroughly lazy Jim Tinn.

I leave the last word to my local source:

“My take regarding her treatment in office is this. They let a very ill woman do a very difficult job, which she did, the best she could. They then hung her out to dry when the mood took them. I doubt she was offered support. Betty Boothroyd did her bit. Did others? No compassion, no duty of care, no humanity. Sadly, she made herself a very easy target.

“Her lifestyle and manner may have found favour with the public but in the world of hard-boiled politics and in a nest of vipers she was never going to survive. If she lacked anything it was craft. No cognizance of the pitfalls and barriers that stood in her way. A flawed individual but with a great heart and the desire to do good. Not a wasted life by any means. Lots to be proud of.  A cautionary tale… but aren’t they all!” 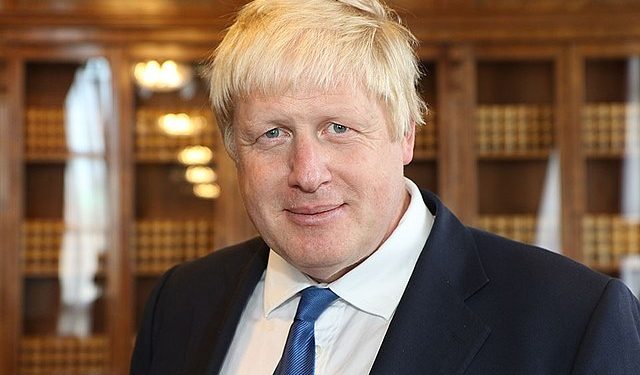 21st Century Folk: a song about your life in the North East