On this platinum jubilee weekend, Bill Corcoran writes from Turkey on the monarchy and the theory of a secular republic. 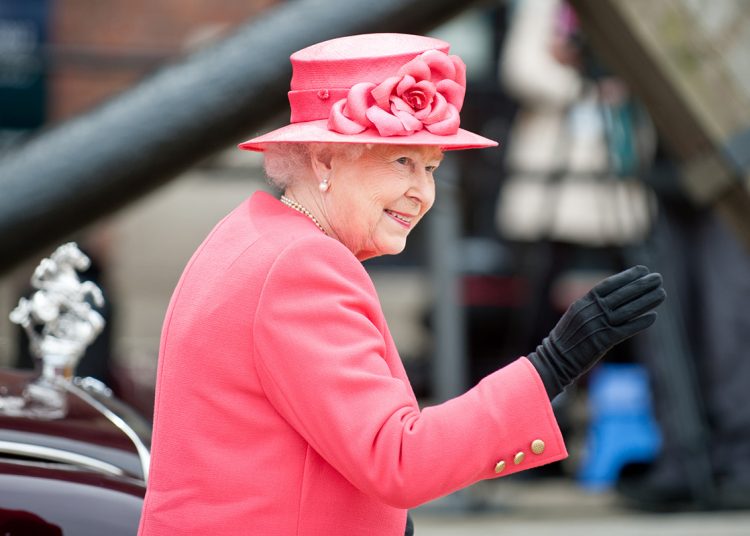 The Secular Republic of Turkey, where I am this jubilee weekend, is far away from Her Majesty’s Realm but there are some similarities.

In Selcuk, where I’m on holiday, the Temple of Artemis competes with the Cathedral Church of St. John, the Isabey Mosque and the Virgin Mary’s (last) house (no one dares to dig for a grave) for vast monuments to various gods and mother goddesses around here. The death of a mere sister to Cleopatra on the temple stairs and the alleged presence of Mary Magdalene in the Cave of the Seven Sleepers half a mile away are just additional footnotes in a rich 8000 year history. Don’t worry folks, us Brits got here, we built a tobacco warehouse right next to the Byzantine aqueduct..

Now there are the two giant personalities of Turkish politics, Present R.T. Erdogan and Mustafa Kemal Ataturk, who founded this state 99 years ago. Of the two, it is Ataturk who, (here at least), looks more likely to endure, based on the statue and the modern neon depiction of his face and signature on the town council headquarters. Ataturk took power from an outdated sultanate caliphate that had lasted since 1453. The 470th anniversary of their reign didn’t help them one bit when it had lost a war, credibility and territory.

Rebranding of the British royal family

The late 1910s and early 20s were a time of great political tribulation in Turkey (with millions killed or moved) and the United Kingdom of Great Britain and some of Ireland. Many of our “ancient traditions” of our royal family were invented then. Walkabouts, tours, waving. They changed their name, their PR, and survived – as the sultans, emperors, tsars and Kaisers moved into obscurity, exile or execution cellar.

And the monarchy in the modern day…

Now in 2022, the grand old woman who has borne her duty with such phenomenal endurance is reaching a point where not even her implacable determination can defeat the realities of age. My dad witnessed her standing up at a reception literally holding court (with jockeys) for three hours at age 88. Now looking at our Queen at age 96, do the people of Britain, who have seen much division, look around and consider the future of the monarchy? Or do we bury such questions in jubilant jubilee celebrations? In the time of Henry Vlll, discussing the health of the king was treasonous, here now, we might suffer ostracism on Facebook. On the face of it there’s nothing to worry about; the succession is established in law. Charles; William; an heir; a spare and difficult relatives being sidelined by celebrity, Covid or convenience as “duty” is made paramount again.

There is a problem though. All officers of the armed forces and police have taken a solemn oath to the Queen. This is not a trivial matter to them or us. The words have intense meaning to those who served and serve. For those that presided over the reduction of the diminished British Empire from a third of the world to a few islands that are either tax havens for international bankers or relics of whaling stations who gritted their teeth and did their duty, it is sacred. Maybe hauling the flag down with a stiff upper lip after defending the Queen’s interests in Aden, or Camp Bastion or Kenya or Crossmaglen (callsign “XMG”). They revere that generation that the Queen represents who now, mostly are dead… she served in the ATS, she learned to change a lorry tyre, she contacted her old comrades to honour their common service, she did her bit. Even if some vanishingly small minority would prefer a presidential alternative, all respect Her. Even old punk rockers like me, who bought the Sex Pistols anthem in 1977, and spent their silver jubilee crown on an oyster delight at D’Ostunis ice cream van the morning it was received don’t have the appetite to cause ructions for this platinum jubilee. It seems crass to target this grand old lady who ate wartime rations in the 40s, at her father’s insistence, even though her mother had her doing the (fashionable)  fascist salute in the 30s.

But the next king? That’s maybe a bit different. Charles has an appalling task ahead of him; following his mother is impossible, the divisions of his realm are possibly too entrenched for him to bridge. He might have to become King of England if Scotland rejects Westminster and reach back into Elizabethan (Tudor not Windsor) precedents. (Many Scots are very aware that Elizabeth ll was the first of her name to reign over Scotland). Either way, whatever talents he has, and this is not to disparage him especially, the combination of abilities that could unify a divided, diverse, despondent, demotivated realm are probably beyond anyone. The generations of duty are dying off, being replaced by a more frightened poorer realm who have been shut out of progressing themselves by service. The final salary pension schemes, affordable houses and childcare, civil service, duty and the social contract are gone. Grand old institutions like The Royal Mail are private companies; prisons, probation services and many parts of the NHS are capita for profit. University education costs what a mortgage used to, and the job at the end is often temporary. The people look in vain to serve a community but the companies instead seek a good return on capital for a few (often offshore) shareholders dividends. Men and women have died for the Queen, will they do the same for a private finance initiative with a royal trademark?

After the platinum jubilee

So, the platinum jubilee is celebrated. The last one before change has to be contemplated. In Turkey, the last Sultan slipped away unlamented with a few eunuchs and a load of cash. Our Queen will depart in the grandest possible state funeral this country can produce. Until then, she steels herself to that final duty… just to live on….as the challenge of the real succession, to the post-Elizabethan age seem ever more daunting.

And a secular republic?

No doubt the theory of a Secular Republic, (as in theory in Turkey), looks appealing to those of us with a progressive faith in the ability of our citizens to govern themselves with judgement. But from a historical perspective on our democratic failings, it looks unlikely. Maybe the future King Charles’ great service to the British people will be to give them someone to complain about? I mean no particular disrespect when I say that all of the likely “democratic” alternatives from “Kingy McKingface” to the monkey mayor of Hartlepool to Boris Johnson and the various charlatans, incompetents and fanatics who have achieved national office in this country are all worse than a 73 year old Prince who has been everywhere but done little. But maybe his great service – and it could be said he’s had some practice at this – will be the tolerance of ridicule, until age and sacrifice bring the reward of popular affirmation. There are, it has to be said, worse fates for monarchs. May he have his silver jubilee a long time from now and I hope I’m here to play the Sex Pistols version of “God Save the Queen” and be told off by matron!