Mutual aid and solidarity in Alnwick

An interview with an activist 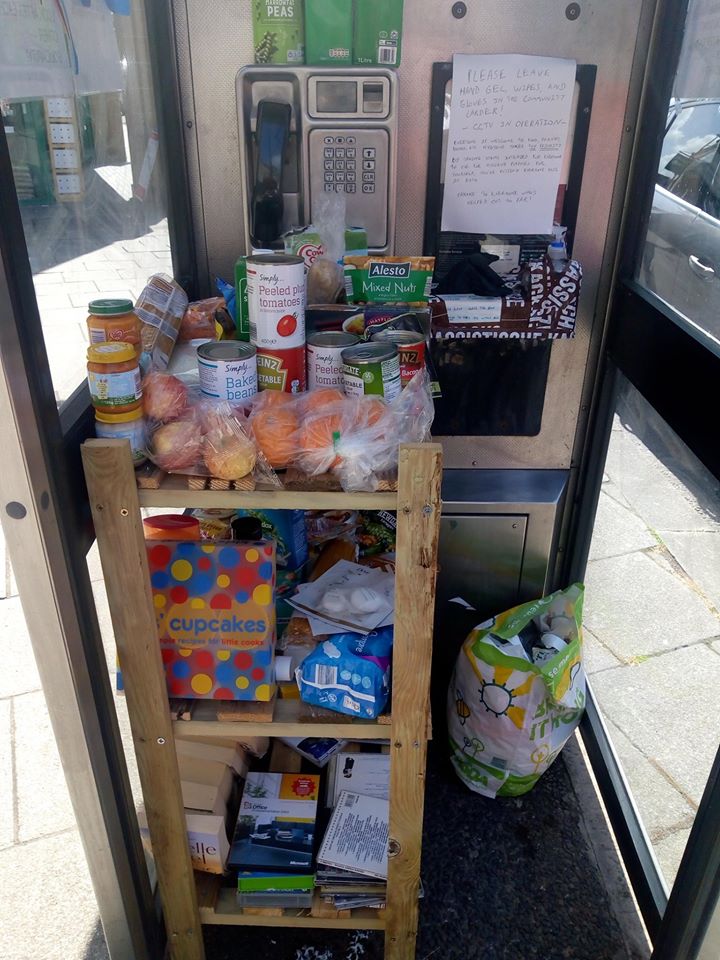 If you take a walk in the centre of the pretty market town of Alnwick, Northumberland, you may stumble upon a community larder, in an old BT phone box….

It is clean and tidy, there is a good supply of well organised and presented food, and you can find hand gel and gloves in the larder ready for use.

So how does it work? I put this question to Katie Roskams, organiser and local resident:

” It’s a straightforward concept based on mutual aid and solidarity rather than charity”, replied Roskams:  “It’s the idea that by stepping up and cooperating with one another, we can change the political conditions in which we find ourselves”.

She went on to explain that the food is for anyone; there are no criteria and there is no judgement.

“We’ve had people take the odd jar of beans here and there, and we’ve also had people empty the whole larder overnight….it’s easy to drop in once in a while, whether you’re leaving food, picking it up, or both.”

What prompted Roskams to start this project?

“Like all the best ideas, I stole this one – I’d seen the idea of turning a telephone box into a community larder on social media and got in touch with a lady in a nearby town who’d done the same thing…..I’d been involved with our local food bank (Alnwick District Food Bank) for a few years and this gives you a good idea of the ultimate impact of government policy – or lack of policy – on human lives. I knew that the pandemic was likely to have a knock-on effect on people who were already struggling and although a phone box/larder in a small Northumbrian town isn’t going to change all of that, I’m a firm believer in doing what you can, and there was no justifiable reason for me to just sit there and do nothing”.

What is the impact of this project on the local community? Roskams feels that it is about reducing the stigma of needing to ask for help. She says:

“I’m really proud of the efforts made by the food bank, for example, but I think it’s inevitable that there’ll always be a level of stigma when you sign up to receive charity, and when that charity comes in the form of food, I think it’s all the more difficult. Nobody anticipates not being in a position to put bread on the table. We’ll quite often notice that people will wait in their cars for a long time before coming inside and I don’t think anyone should have to feel like that, especially when they’re in circumstances beyond their control. I’ve been trying to ‘promote’ the community larder as more of a food swap, while also emphasising that you’re under no obligation to leave any food. I hope it’ll have a wider impact too. I’m not really interested in preaching theory during a pandemic, but I do think the pandemic has shown how people just aren’t used to receiving support from their communities now; it’s always charities or councils. If this inspires anyone else to step up and support their communities too, it’s a great result in my books.”

You can also join your local mutual aid group.