Years pass in emotional rather than chronological order as four generations of a family - Doris, Margaret, Jackie, and Rosie - encounter and struggle with motherhood, marriage, and work. 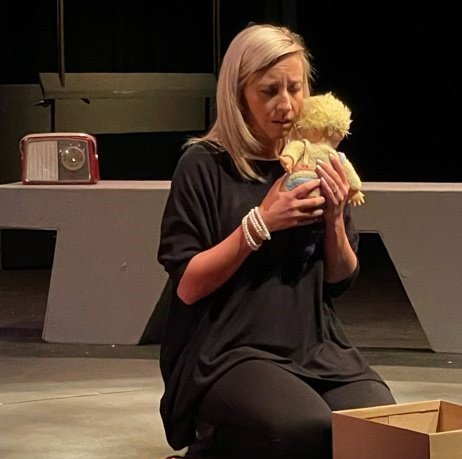 The People’s Theatre will be welcoming audiences back this month with Charlotte Keatley’s highly-acclaimed My mother said I never should, a warm and poignant exploration of womanhood set against the huge social changes of the twentieth century.

My mother said I never should

Years pass in emotional rather than chronological order as four generations of a family – Doris, Margaret, Jackie, and Rosie – encounter and struggle with motherhood, marriage, and work.

Keatley’s powerful and funny drama is a classic study of mothers and daughters, of growing up and independence, and provides a stark reminder of the tough choices and compromises faced by women.

Like so many productions over the last eighteen months, My mother said I never should ‘s road to the stage hasn’t been a usual one. Originally slated to be filmed for online broadcast, the decision was then made to bring it live to the stage. There have been stops and starts along the way due to the challenges of Covid-19, but at last we are here thanks to the hard work, dedication and tenacity of the team.

“When we were given the opportunity to be the first play of our re-opening, we had no hesitation in agreeing. Rehearsing over Zoom is no replacement for being in a room together, and we have been able to explore and discover the play so much more deeply. We’re so excited to be back to our passion of making fantastic theatre”.

To help audiences return with confidence the People’s Theatre has included some socially-distanced performances, and as well as My mother said I never should, the theatre has legendary BBC comedy Blackadder II coming up, along with hilarious spoof The Hound Of The Baskervilles and heart-warming festive fun in The Flint Street Nativity. And, of course, the panto Sleeping Beauty!

Following a thread: untangling the story of a homespun product

“Help! I need somebody”: a problem of Brexit economics

"Help! I need somebody": a problem of Brexit economics