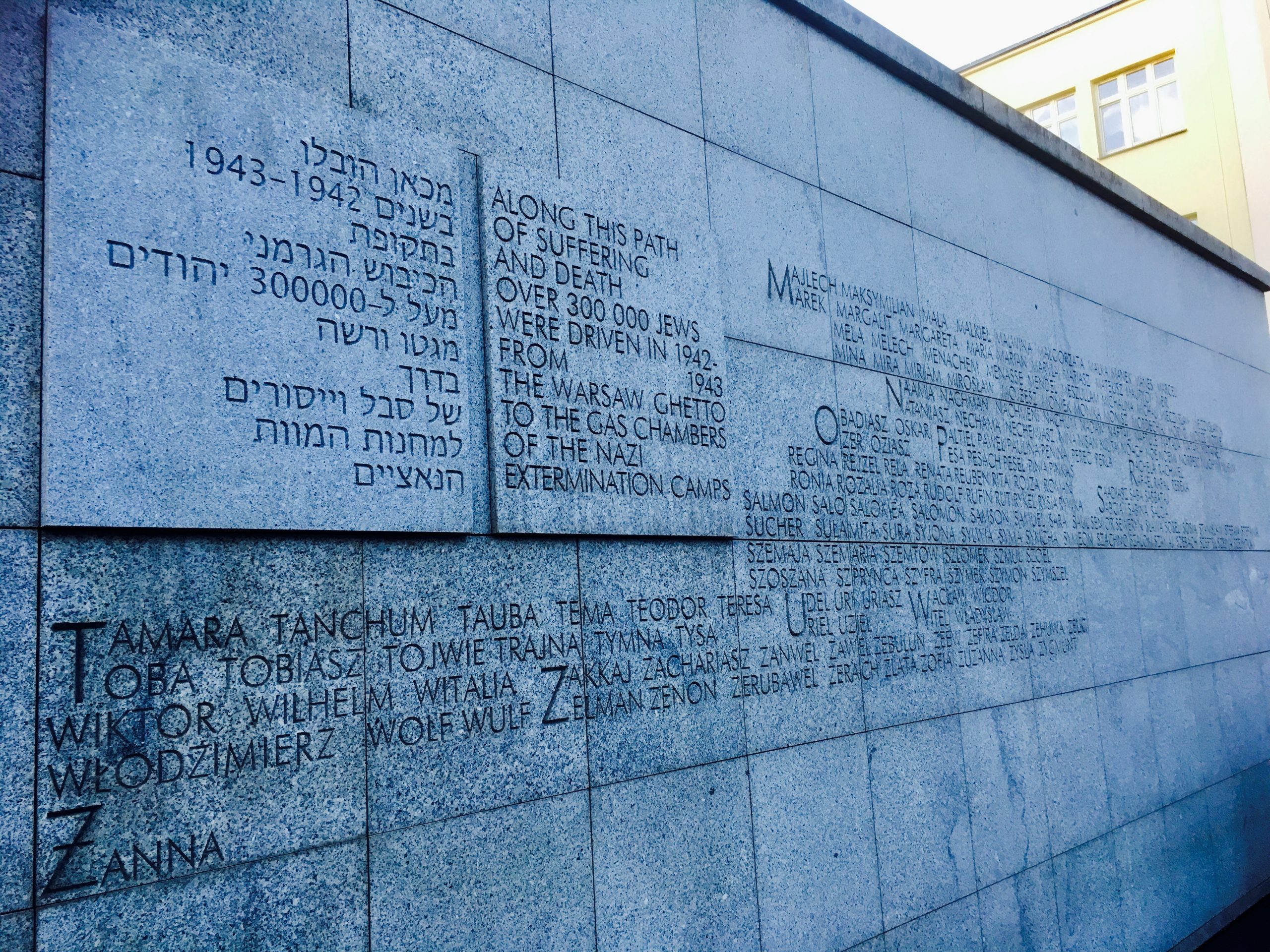 “Never again” is the mantra many of us repeat as we light candles every January 27th on Holocaust Memorial Day in memory of the millions of Jews, Roma, trade unionists, LGBT, disabled people and others who were murdered as part of Hitler’s ‘final solution’ to assert the pre-eminence of the Aryan race. I spoke at two online memorial events this year, one organised by Barrow in Furness Trades Union Council and the other a Stand Up To Racism event. Every year as I participate in this act of remembering I learn something new about the suffering of the victims and the bravery of the resistance, and I recommit to fighting the racism, discrimination and ‘othering’ that leads to such genocidal acts.

It is chilling however to note some parallels between then and now. Hitler used the age-old scapegoating technique to build his movement for white supremacy. Centuries of ingrained anti-semitism had certainly laid the ground, but the economic crisis following World War 1 created the opportunity for ethnic cleansing on a scale previously unimaginable simply by pointing the finger at minority groups.

The narrative that someone else is to blame for our woes sadly continues to this day with politicians increasingly pandering to nativist calls to pull up the drawbridge and look after our own. “Britain First”, “Go home” and “Make America Great Again” are redolent of the calls that preceded pogroms. Such cries sent a chill through the body of my former parliamentary assistant in Brussels – a young Israeli whose grandparents escaped from Poland. He is typical of many who are descended from survivors. He has multiple identities – Polish, Dutch, Israeli. He studied in Belgium and the UK. He truly is a citizen of the world, something that Theresa May denigrated when she made a speech at Tory Party Conference in 2016, with dangerous echos from the past.

During my parliamentary career I was proud to be a co-founder of the Elie Wiesel Network, which gathered together elected politicians who pledged to raise awareness of genocide and genocide denial. The network is run by the European Grassroots Anti-racist Movement, an organisation based in Paris, which pours much of its energy into working with young people on intercultural dialogue, education and leadership projects. The network was largely responsible for spearheading the successful ‘Dignity for Lety’ campaign which sought to achieve the removal of a pig farm from the site of a Nazi death camp for Roma near Prague, and subsequently turn it into a memorial for those who lost their lives within its perimeter fence. It is estimated that up to 1.5 million Roma were killed by the Nazis and their collaborators – that is 75% of the Roma population at the time. Unlike Jewish survivors, the Roma have never received compensation from the German state, many of whom continue to live in poverty subject to appalling levels of racism.

The Roma remain the most discriminated against minority in Europe. To this day, anti-Gypsyism continues, with George Monbiot describing Priti Patel’s 2019 proposals to appropriate Gypsy Romany Traveller property as “legislative cleansing”. Other top Conservatives such as Michael Gove also piled in with their own anti-Traveller rhetoric, as revealed by Open Democracy in a research project which gathered evidence from campaign activity in the lead up to the December 2019 General Election.

Other minorities are also feeling the sharp end of the ‘hostile environment’ which set the stage for the Windrush scandal, and threatens to further marginalise the 3 million or so EU citizens who made their home in the UK but now face a complex and costly bureaucratic process post-Brexit in order to remain, with fewer rights than previously enjoyed, not to mention the xenophobia stirred up by the Brexit campaign which sadly lingers to this day, affecting all ethnic minorities.

There are ten steps to genocide beginning with ‘classification’, with state denial or limitation of citizenship being used as a legal means to deny civil and human rights to certain ethnic groups. For example, the first step toward the genocide of Jews and Roma in Nazi Germany were the laws that stripped them of their German citizenship. Conversely, laws that provide routes for citizenship to immigrants and refugees can break down barriers to civil rights and are vital to early prevention of genocide.

The UK government’s Immigration Bill, which was passed into law in November 2020, not only ends Freedom of Movement as part of the Brexit process, but also creates legal uncertainty for many minorities and vulnerable groups, as outlined in a Goldsmiths Law Department ‘Britain in Europe’ policy briefing that I contributed to last year. We must therefore be alert to the dangers that such a Bill presents regarding the ‘othering’ of minorities, migrants, refugees and asylum seekers, as well as the way that increasing numbers of people seeking asylum are being held in indefinite detention in prison-like camps such as the notorious Penally Barracks in Wales. Here in the North East of England the recent announcement to turn the notorious Hassockfield Youth Detention Centre into a Category 3 open prison for failed asylum seekers has provoked condemnation from many quarters. This is a development we must watch and be ready to mobilise against such an inhuman facility.

At the closing of the Barrow Trades Union Council HMD event we watched a screening of Journey to Safety: Memories of the Kindertransport, a film made by the University and College Union which featured Lord Alf Dubs, the Jewish Labour peer who was himself saved from Nazi persecution by the humanitarian action of the Kindertransport movement. In response to the refugee crisis of recent years, Dubs has consistently called on the government to offer unaccompanied minors the opportunity to be reunited with family members in the UK. After begrudgingly accepting a mere 350 refugee children the government ended the scheme in 2017 and has consistently voted against reinstating it despite local authorities across the country pledging support.

More than 75 years after the liberation of Auschwitz and the revelations of the horrific crimes against humanity that were perpetrated by the Nazis, it is desperately sad to watch the UK backsliding on its international obligations regarding people fleeing violence and persecution whilst at the same time ramping up the hostile environment that has contributed to so much hatred and division in our society. However, whilst the Conservative Party continues to curry favour with anti-immigration UKIP voters more and more grassroots organisations are holding out a hand of welcome to people seeking sanctuary.

You can find your local groups via the City of Sanctuary UK network and encourage schools, colleges, universities, libraries, museums, arts and sports organisations, and even local authorities to take the pledge to help make the UK a welcoming place for all. “Never again” must truly be a mantra for all who care about ending man’s inhumanity to man, woman and child.