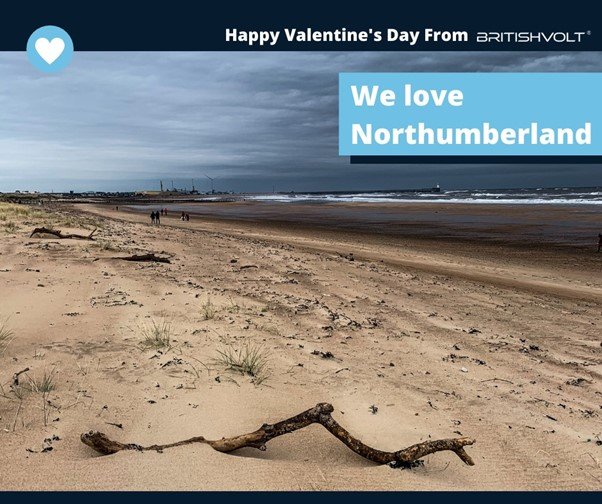 “Our research can find no record of any director of the company Britishvolt having a background in battery manufacturing.” The Eye Photo adapted from Britishvolt's facebook page

His hairstyle suggested he had just spent some time in a Tesla Coil Faraday Cage, so it was perhaps not surprising that he had batteries on the mind. What was particularly unfortunate in this untruth, as pointed out by Labour’s Shadow Secretary of State for Wales, Nia Griffith, is that South Wales has recently been hit with the closure of the Ford automobile factory and the loss of the car manufacturing Ineos project to France.

The prime minister misspoke when he claimed Bridgend would become a great centre of battery manufacturing, the UK government has confirmed.

However, maybe it wasn’t just his time spent in the cage which linked Wales in his mind to electric car battery manufacturing, and caused him to misspeak. Just such a plant was in fact promised to Wales last summer when a memorandum of understanding was signed between the Welsh Government and car battery company Britishvolt.

Britishvolt was a start-up company, and the agreement was for a £1.2bn car battery manufacturing project, a ‘Gigafactory’, at the automotive and aerospace focused Bro Tathan Business Park at St Athan in the Vale of Glamorgan. While the company would need to raise funding for the project, it was also seeking funding from the UK Government. It claimed to have selected the site after examining and whittling down 44 locations across the UK to just the St Athan site and a site in Coventry.

In July 2020 this seemed a welcome bonus for Wales and the prospects of a large new green manufacturing capability with thousands of jobs could only be good news. Except, however, when doubts were quietly raised by The Eye, an investigative news and journalism website ‘looking into misdemeanours by organisations and individuals in Wales and the UK.’ In an Article on 23 July, researching the corporate history of Britishvolt and ironically titled ‘Flat Battery’, The Eye noted that:

“Our research can find no record of any director of the company Britishvolt having a background in battery manufacturing.”

“Britishvolt, is a start-up company founded by a Swedish automotive entrepreneur best known as a former associate of Vladimir Antonov, the jailed Russian businessman, who was involved in a coach company in Coventry that is in debt to creditors for around £1 million and was also director of a watch manufacturer, Thrupp and Maberly which has now been dissolved.”

“Investigations by our journalists at Companies Houseand elsewhere, reveal that a major director of Britishvolt is Couroush Alai who was until recently living in a modest flat at Lily Street in Cardiff, which appears to be a terraced house converted into flats.”

The new Welsh car battery factory proposal fell from the news until mid-December 2020 when Boris Johnson made a trip on 11 December that should have expunged any lingering thoughts of Welsh car batteries from his mind – they were now to be Blyth Car Batteries and he was in recently erected Red Wall Northumberland to confirm the good news. Britishvolt had apparently acquired the Blyth site over the Welsh alternative because of better connections to renewable power sources such as windfarms in the North Sea and an interconnector to Norway’s hydroelectric power. Timing difficulties with the Welsh site were also a factor. It seems the 44-site whittling by Britishvolt in July had perhaps not been so selectively exhaustive.

It was now all good news for Blyth, with the intended development now termed a Gigaplant with a value that had more than doubled from the Welsh proposal, to £2.6 billion. Enthusiasm was not diminished by news of the resignation of the Swedish Founder and Director of Britishvolt on 16 December after it emerged that he had been convicted for tax fraud in Sweden in the 1990s and was sentenced to eight months in prison and given a four-year trading ban, (which was later reduced to a conditional sentence and 60 hours of community service). He was the same individual whose track record had been queried by The Eye when reviewing the proposed location in Wales in July last year, and who seems still to be a major shareholder.

It is a really remarkable story for a company formed just over a year ago, on 31 December 2019, by one person living in Sweden with no experience of electric battery manufacture and with an initial 100 shares of £1 nominal value each. The company balance sheet to July 2020 recorded at Companies House (Company number 12381543) notes that “During the period from incorporation on 31 December 2019 to 6 July 2020 the Company has not traded and received no income….”  With amazing apparent growth over the intervening six months the Britishvolt website now states ‘Britishvolt is Britain’s foremost investor in battery technologies. It is dedicated to supporting the future of electrified transportation and sustainable energy storage, producing world-leading lithium-ion battery technologies.’

The website notes that Britishvolt has ‘world leading’ battery technologies, have recruited a ‘world leading’ Chief Technology Officer, have expanded their team of ‘world leading’ experts and on January 15th announced a collaboration with ‘world-leading technology and service provider, Siemens PLC ‘. Their website header is a gently rippling Union Jack – what’s not for Johnson to like.

Local MP Ian Levy is clearly enamoured and is quoted on the website as saying “Since Britishvolt first made contact it has been my absolute priority to work in partnership with its leadership team to do everything possible to bring this scheme to Northumberland. Advance Northumberland has also a played a critical role in reaching this point so quickly.

For a company which hasn’t traded, and which has never made a battery, that’s not bad. They are now heading what in the company’s words is a ‘£2.6bn total investment, one of the UK’s largest ever industrial investments and the largest in the North East of England since the arrival of Nissan in 1984.’ There is also the intention to recycle old car batteries to service, in part, the manufacture of the new. That terraced flat in Cardiff is probably history.

We would all hope that this not the same ‘old back to the future story’ of wishful government investments such as have faltered in the past. DeLorean had at least spent a career in the automotive business before his venture rose and fell, leaving the taxpayers to pick up their pieces. Let’s also hope that the Britishvolt coined term of ‘Gigaplant’ relates to the billions of pounds of proposed investments and not to the odds against its success. Electric car batteries are clearly a potential growth market and will need to be manufactured in the UK (or the EU) if carmakers are to avoid rules of origin tax when exporting to the EU under Johnson’s deal. A British venture (even if initially as a modest start-up by Swedish nationals) could well be a timely addition to that market. The plans are startlingly ambitious and if they can come to pass will be an economic and much needed game changer for Blyth.

Vaccine hesitancy: a need for trust