Nigel didn’t just believe in co-operation and co-operatives – he banked with them, shopped at them, surfed the internet on them and lived in one. 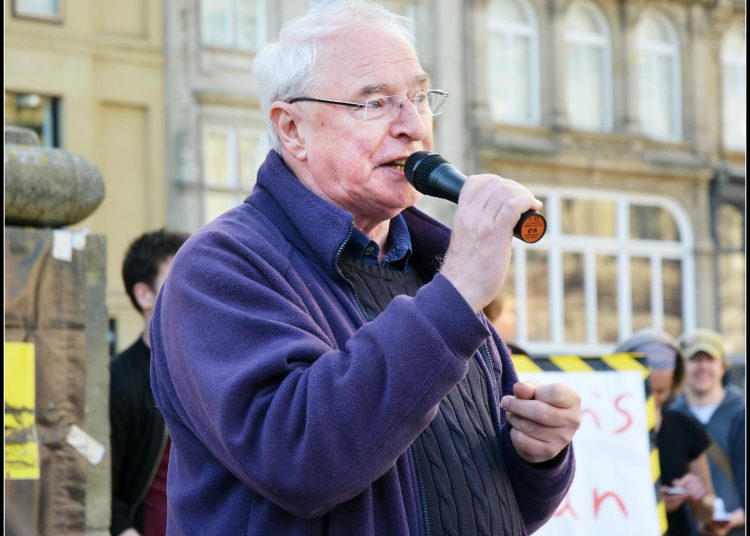 It was with mixed emotions that I welcomed members and friends to our meeting of the Socialist Educational Association North branch in April 2021: It was our third meeting and our first meeting since the unexpected and deeply saddening news two weeks previously, of the passing of our friend, of our Founder and Chair, Nigel Todd.

Not wishing to replicate the many lovely contributions written about Nigel, his life and achievements, from many of his friends and colleagues, I would like to say a little about how I think Nigel made things happen.

The news came through very late on Friday 26 March 2021. Early the next morning, as I fired up the laptop, images of Nigel’s smiling face filled my social media feed and the sad, sad reality hit me.

I was up early that Saturday because I teach Reiki. I was nervously preparing my notes because I had been asked by one of my teachers to teach her about Quan Yin the Buddhist Goddess of Compassion. In a humanist model of education the loop of student and teacher is endless; both learn and both teach. That understanding of the cycle of learning helped me in grief that morning.

There is a particular mantra that is associated with Quan Yin: Om Mani Padme Hum.

Mani is jewel and is compassion. Padme is lotus and is wisdom.

Hum resonates the most with me: Om Mani Padme Hum.

Hum is unity. It is a word that socialists and trade unionists speak and understand so well – unity – together. And here it is the unity of both wisdom and compassion, that together, in combination are the route to a better world.

And that was Nigel: Thoughtful, loving action to benefit the community.

Transformative action to create a better community: a socialist

This links to pedagogy too with a purpose in learning as Paulo Freire says, being to fully understand a problem so as to know what transformative action to take to be able to create something new, something better, to make a better world, a better community.

And so learning is collective – we need to learn together to grow together, to transform together.

Nigel defined his City Councillor and community roles through a trade union lens, referring to himself as a ‘Community Shop Steward’, giving in service to others.

A social-ist. And as Hegel affirms, true solidarity is stepping down from the title and fighting alongside, campaigning alongside to fully transform a situation.

Nigel didn’t just believe in co-operation and co-operatives – he banked with them, shopped at them, surfed the internet on them and lived in one.

Nigel wasn’t just a biophiliac, a lover of nature – he worked with his local community on the brilliant Greening Wingrove project to beautify the West End of Newcastle, to connect residents to nature and to each other. Greening Wingrove and The Bike Garden are really quite some legacy in themselves.

Nigel didn’t just believe in equality – he marched for it, he campaigned for it, he acted in principle of it in all areas, be it misogyny, anti-racism, anti-austerity and in recent years, taking action for Palestinians and The Rohingya.

Nigel was firmly rooted in his values, he lived his values and he acted completely in alignment with them. This grounding gave him a lightness of energy that enabled him to focus attention, engage empathy, apply discernment and to connect to what really mattered.

Education matters. And education mattered to Nigel. Through learning, he believed, we could understand the ‘other’ and work our way through it together.

An ardent proponent of Adult Education and former teacher of adults, Nigel pushed to engage more women in further and higher education creating the Women’s Access Course and he strategised and campaigned for Adult Education and Lifelong Learning throughout his long involvement with the Co-Operative movement and Workers Education Association.

Nigel drove to create our North branch of the Socialist Education Association and we, as a branch, continue to learn together and work together, including driving on Further Education nationally, to secure his legacy whilst continuing to support campaigns that were close to his heart.

This article was originally published here.