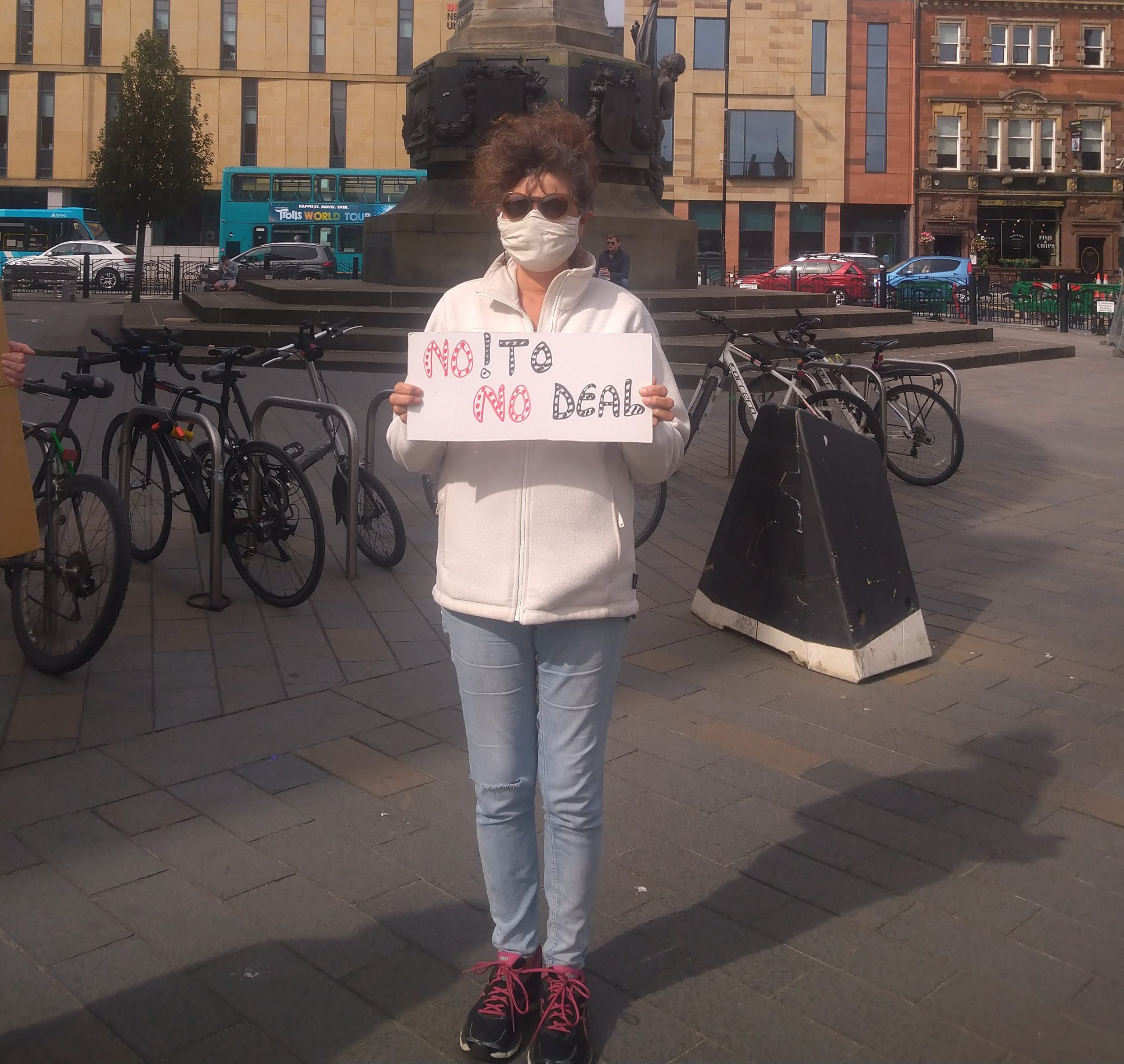 While the problems of a No Deal outcome to the UK-EU negotiations have been well rehearsed, it’s perfectly possible that Johnson’s strategy is to get a minimalist deal and hope that everyone sighs with relief that he has got  some kind of deal.

But a minimalist deal would be a bad deal. Anything that reduces our access to the single market for our exports and our supply chains (including for food and medicine), to Europol and police co-operation, to EU research programmes (especially medical research), to cross-border road haulage permits, to the EHIC health insurance card for travellers, to the ERASMUS student exchange scheme, and to much else, would be damaging to Britain, destroying jobs, reducing security, and inflicting red tape and bureaucracy on businesses and citizens alike.

He claims his preference is for a Canada type deal (it does have a deal with the EU) and he blames the EU for not giving him that. Truth is, in the actual negotiations, what Britain asked for went well beyond what Canada has, demanding tariff free access to the EU market for ALL British goods and services, mutual recognition of professional qualifications, the right of citizens to work in each others’ markets for short periods, the right for British firms to compete for all government contracts across EU countries, British lorries to have unlimited rights to roam around the EU, not to mention the non-economic issues such as access to police data. All of that is more than Canada.

For its part, the EU is wary of allowing British firms to compete in the EU market without following the same standards as everyone else as regards consumer protection, health & safety, unfair subsidies, environmental protection and workers’ rights.  The UK is still highly integrated into the European economy, and the prospect of British firms competing on the basis of lower standards than others is not acceptable to them in their market.

The EU points out that the UK actually agreed to a level playing field when the government negotiated, signed and ratified the Withdrawal Agreement in January. The Political Declaration attached to the Agreement, that set out the basis both sides agreed for the future relationship, spelled out that “the future relationship must ensure open and fair competition, encompassing robust commitments to ensure a level playing field” and “the Parties should uphold the common high standards (…) in the areas of state aid, competition, social and employment standards, environment, climate change, and relevant tax matters (…) and maintain environmental, social and employment standards at the current high levels”.

Johnson has effectively torn up this agreement – his agreement – causing consternation across Europe and in British industry and agriculture. This consternation was amplified when he introduced the Internal Market Bill, which the government itself admits would break international law by giving ministers the right to overrule the Northern Ireland protocol, the part of the Withdrawal Agreement designed to safeguard the Good Friday Agreement and avoid a hard border in Ireland.

Of course, there are many on the right wing of the Conservative party who actually want to leave without a deal, despite the huge economic costs (which they hope will be less visible because of the Covid19 crisis).  They think any deal will, to at least some degree, keep Britain aligned with high European standards on food safety, consumer protection, the environment and workers’ rights. The very reason they wanted Brexit in the first place is to tear up these standards and create a free-for-all market in which big corporations are freed from these obligations and are not liable for the damage they cause. They want Britain to re-align away from its neighbours to the USA, both economically and politically.

Johnson became Conservative leader and therefore Prime Minister by appeasing this wing of the Tory party.  He is unlikely to change course.  The only uncertainty is whether there will be no deal or a bad deal.

Soaring youth employment in the UK: now is the time to find a NEET solution

Richard Corbett was MEP for Yorkshire & Humber. He was first elected to the European Parliament in 1996. From 2017 to 2020 he was Leader of the Labour MEPs and a member of the Labour Party's National Executive Committee. He has written extensively on European affairs, including co-authoring several university textbooks.