No ‘levelling up’ for the North East: another broken promise

The government promised a replacement fund for regions to replace EU funding lost as a result of Brexit. Yet another broken promise. 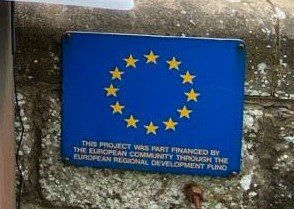 The North East is set to lose millions of pounds this year because of Brexit. This is despite the Prime Minister’s repeated promises of ‘levelling up’.

A number of traditional Labour voting areas in the North East switched their votes to support Boris Johnson in the 2019 election, in part because of a desire to ‘get Brexit done’. Areas such as Sedgefield, Bishop Auckland, Blyth and North West Durham became known as part of the ‘Red Wall’ constituencies. These are areas that the current government promised to support. It seems that this is not the case.

According to a report in the Independent, the Westminster government has still not set up the promised ‘replacement fund’. This was to be funding to support and attract businesses and jobs for 2021-22 which would replace previous local funding received from EU Structural Funds.

Instead it appears that there will be only £220m available in a Community Renewal Fund. This is for the whole country. It equates to an overall loss of £1bn across poorer areas of England. Councils will have to bid for funding as oppose to it being allocated based on need.

It remains to be seen how much of this will go to the North East.

Making a mockery and ‘levelling up’

The Independent reported that:

“Labour said the revelation ‘makes a mockery’ of the pledge to tackle the gulf between rich and poor areas, while one northern business group said it suggested ‘levelling up will mean nothing’.”