SUPERGLUE is a timely drama that gently invites an intergenerational understanding of the future of our planet. 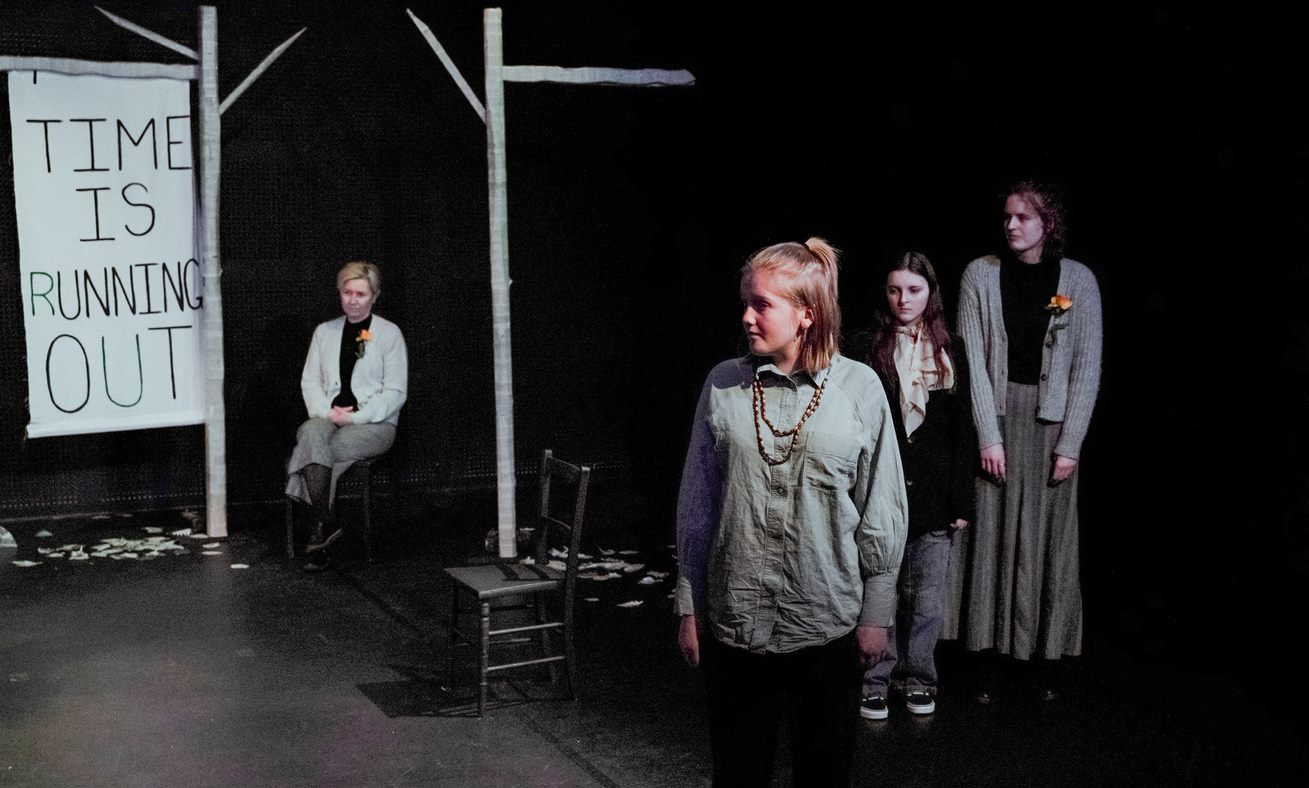 SUPERGLUE at the People’s Theatre

Each year the National Theatre commissions ten new plays for young people to perform, bringing together some of the UK’s most exciting writers with the theatre-makers of tomorrow. This year marks the fifth time that the talented Young People’s Theatre have been involved in the Connections Festival, this time performing the emotive and inspiring SUPERGLUE by critically-acclaimed writer, director and actor Tim Crouch.

A group of climate activists gather at a woodland burial ground to say goodbye to a friend who died.

They talk about their pasts and their futures, about peaceful action versus violent action, about how society dismisses them and undervalues their cause.

Performed by a cast of eight young actors aged 14 – 17, SUPERGLUE is a timely drama that draws parallels between old age and adolescence, and gently invites an intergenerational understanding of the future of our planet.

“When I first read Superglue I knew it was a play that our youth theatre would embrace, and they have certainly done that. Their commitment to the production is second to none and their passion about the play’s content and themes is amazing.”

SUPERGLUE is the first show of the People’s Theatre’s Spring/Summer Season. It runs from 24 – 26 February.