Protests have been happening right across the North East 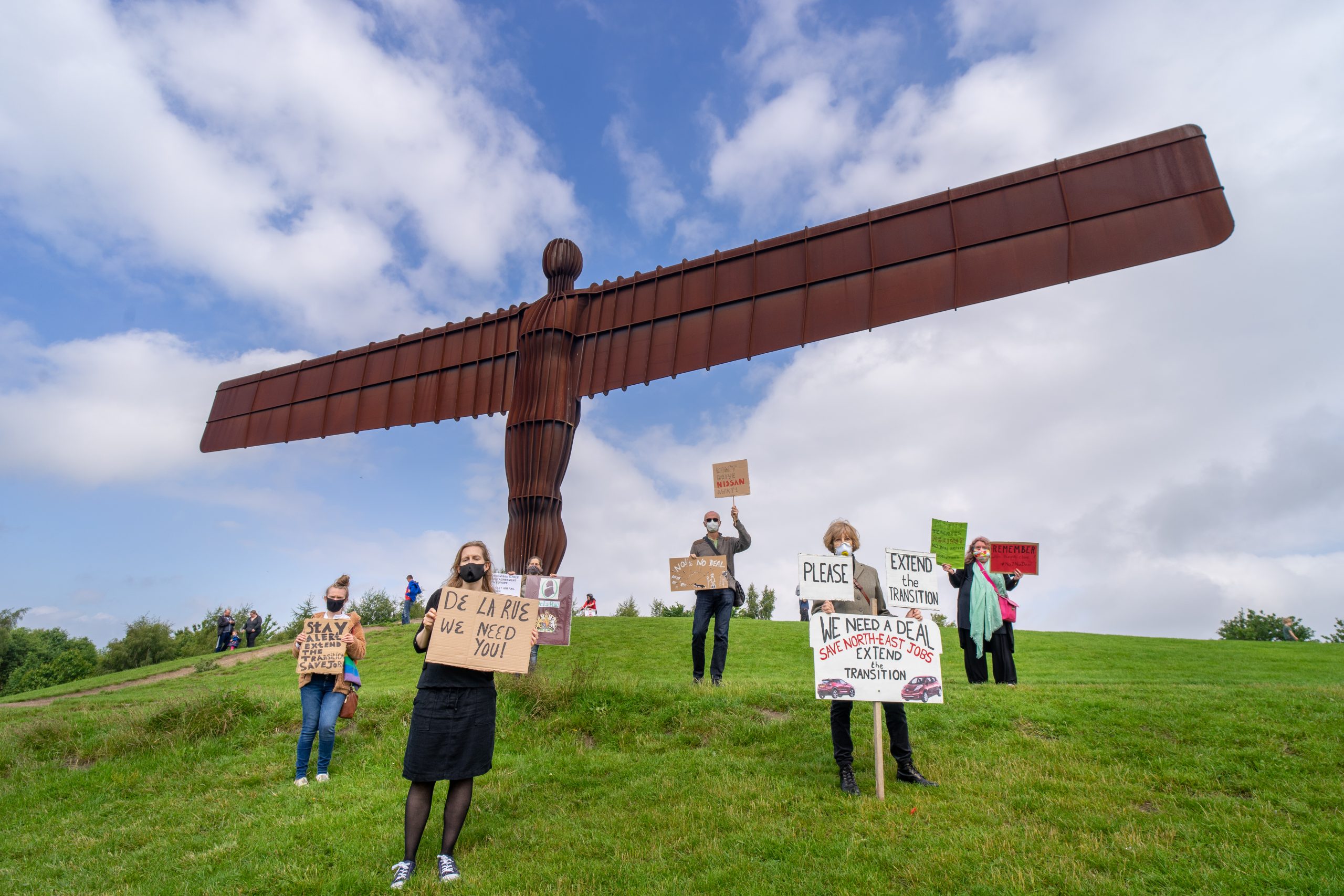 No to no-deal brexit at Nissan, Sunderland Photo by Adam Lang

A group of concerned local residents from the North East are planning a socially distanced protest outside the Nissan factory in Sunderland (Washington). The group will call on the government to reject a No Deal Brexit as members are worried that this would risk jobs and seriously damage the economy. The protest will take place on Monday 20th July.

“Now that the government have refused to extend the transition period, a No Deal Brexit has become increasingly more likely…The North East stands to be the worst affected by a No Deal Brexit. Nissan has said that the plant in Sunderland will not be sustainable in the event of a No Deal Brexit.  In addition to the 7,000 jobs that would go at the actual plant there would also be the loss of thousands of jobs connected to it within the supply chain (e.g. on Teesside).  The latter is therefore the focus of our next protest.”

“We plan to bring cardboard ‘bodies’ to visually represent the losses of the supply chain.”

Over the last few weeks the group has organised and taken part in a number of protests at venues across the North East. These have included Newcastle’s Quayside, the Market Place in Hexham, the Nissan factory and the iconic Angel of the North. The message to the government has been clear and simple – it is about opposing a No Deal Brexit.

You can join the protestors at 10am outside the Nissan Factory on Monday 20th July in Sunderland (Washington). Organisers have briefed Northumbria Police about the event and protestors will fully adhere to social distancing rules at all times. Numbers are also restricted so as to stay in line with UK government guidelines.