Six of the region’s local authorities feature in the list of the twenty council areas with the highest child poverty rates in the whole of the UK: 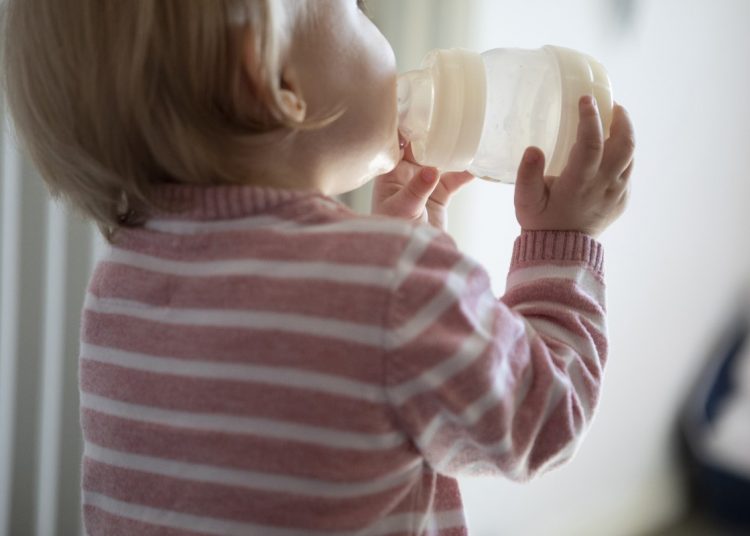 Photo by Save the Children Used with permission

Deeply alarming” new figures released today must act as a serious wake-up call for the government say regional campaigners, after it was revealed the North East now has the highest rate of child poverty of anywhere in the country, overtaking London.

Research carried out by Loughborough University for the End Child Poverty coalition indicates that two in five babies, children and young people across the North East (38%) were living below the poverty line in 2020/21, after housing costs were taken into account – rising from 37% the year before.

The North East has also continued to experience by far the steepest increase in child poverty across the UK in recent years, moving from being just below the national average in 2014/15 to having the highest rate of any nation or region of the country by 2020/21. Overall child poverty rates in the North East have risen by almost half – from 26% to 38% – in the space of those six years; during a time when child poverty fell slightly, by two percentage points, across the country.

Every local authority area in the North East reported significant increases in child poverty rates over the same period, with Newcastle, Gateshead, Redcar and Cleveland and Sunderland seeing the most dramatic rises since 2014. Six of the region’s local authorities also now feature in the list of the twenty council areas with the highest child poverty rates in the whole of the UK: Newcastle (42.2%), Middlesbrough (41.2%), Sunderland (39.7%), Redcar and Cleveland (39.3%), South Tyneside (39.1%) and Hartlepool (39.0%).

Today’s new report concludes that: “the rate of child poverty after housing costs in the North East now outstrips London, which suggests that the government’s ‘levelling up’ agenda has a long way to go where child poverty is concerned.”

The UK-wide rate in 2020/21 was 27%, representing a fall of around 400,000 children from the previous year, which has been attributed to the Covid-related £20 per week increase to Universal Credit that was removed in October 2021.

“These new figures are deeply alarming. Rather than being levelled up, it’s clear that inequalities for children and young people across the North East are widening even further – and this must surely act as a serious wake-up call for both the current and incoming government about the scale and urgency of the child poverty crisis we face.

“Sadly, this research will come as no surprise to the many hundreds of organisations working tirelessly across our region to help families keep their heads above water, with all reporting even worse levels of hardship as people – both in and out of work – now grapple with the soaring cost of living.

“The single most important step the government could take to improve the lives and opportunities of children across our region is to commit to a clear plan – backed up with decisive action – to tackle child poverty. Babies, children and young people here in the North East deserve so much better than this, and they don’t have time to wait.”

Response from the Bishop of Durham

The Bishop of Durham, the Rt Revd Paul Butler, added:

“We all want a North East in which every child is valued, is able to thrive and is supported to reach their potential – but today’s new research shows we are now even further away from achieving that ambition than we were before.

“Cruel and unfair policies like the two-child limit are resulting only in growing numbers of families going without the basics – which means children across our region are having their life chances restricted and childhoods damaged from the moment they are born.

“This is not right in a compassionate and just society like ours – and the Government must act urgently to reverse this situation, which should be of profound concern for all of us in the North East.”

“Talking about poverty and the impact it’s had on my life is really difficult – particularly with people who have no experience of being poor and no idea how damaging it can be.

“I’ve had to work so hard to overcome the challenges and barriers I’ve faced. Having lived in a number of different places, I’ve experienced just how unequal opportunities are for young people here in the North East compared to many other parts of the country. That just isn’t fair. Young people are put off from fighting for their dream goals because of this.

“I became a Youth Ambassador for End Child Poverty because I wanted to give a voice to other young people like me. I am prepared to stand up and fight to make things better for children and young people in poverty – but we really need the Government to do that too.”

End Child Poverty coalition members believe that – whilst the former Chancellor’s recently-announced financial package was welcome and showed ministers understood the impact of rising costs on families – some of the measures are temporary and only remedy the recent hike in energy bills and rising prices. They do not respond to the real terms cuts to social security support families have experienced for years and, whilst the promised inflationary increase next year will be welcome, the impact of rising inflation means there isn’t any significant additional income going to families.

The North East Child Poverty Commission joins other End Child Poverty coalition members in calling for the UK Government to make social security more adequate in the long term, so that every family can afford the essentials:

Last chance for live music at the amphitheatre in South Shields

The Vicar of Dibley at the People's Theatre